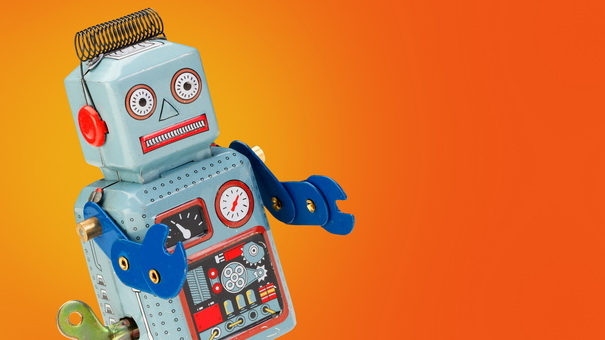 You may have seen movies like iRobot, Blade Runner, and even Star Wars, and wondered if the future of employment looks bleak for humans. Indeed, it seems every day news stories cover the progress being made in artificial intelligence, and how more factory jobs continue to be taken by robotic workers.

But does this mean that every job will eventually be done by a robot? Well, not likely. And the following jobs are safe for the foreseeable future.

1. Any kind of mental therapist

From psychology and psychiatry, to occupational therapy and even some aspects of social work, there is one huge reason why robots cannot do these jobs right now: They’re not human.

In any kind of therapy session, you need to feel heard and understood. You need a connection with the therapist to make any kind of progress, knowing that he or she is empathetic to your issues and genuinely wants to help. And that word — genuine — is at the heart of the problem for robots. Even if they can mimic a human’s responses accurately and provide excellent advice, it will always feel programmed and unnatural. Pouring your heart out to a machine will never feel the same as conversing with a human, and that will make it almost impossible for robots to replace this role.

While it’s true that some aspects of journalism are being automated, the kind of work that Woodward and Bernstein did on Watergate is unlikely to be replaced by robots any time soon. Even with great advances in artificial intelligence, robots still don’t have that sense of intrigue that humans have.

Humans are naturally curious, and when it comes to journalism, people look for things that aren’t quite right. They question, probe, dig, and make connections that robots could not do without human intervention. Not only that, but the charm and personality of journalists opens doors, gets people talking, and brings facts out into the open. How many witnesses or informants will open up to a robot in a bar over a pint of beer?

Let’s face it; if you found out you were going under the knife tomorrow, how happy would you be to know a robot was performing the procedure without any kind of human involvement?

While advances in medical science have brought robots into the operating room, they are not yet at a stage of complete autonomy. They are there to help surgeons, and facilitate in complex and arduous tasks. Sometimes a surgeon can even use one remotely to operate on a patient in a different state (or even country).

However, while robots can be painstakingly accurate, they are not yet sophisticated enough to replace surgeons and doctors. If anything were to go wrong during the operation, a robot may not be programmed with the correct response to fix it. A surgeon relies on hundreds of hours of experience, and will often have to think laterally to solve a problem. Sometimes, a surgeon will even follow a gut reactions based on countless other surgeries.

Yes, a robot can make precise cuts, and administer medications exactly, but robots cannot replace the human touch that comes from a physician or surgeon. And let’s not even go into the kind of malpractice that could result from a defective robot that did not have human oversight.

If you were a publisher looking to hire someone to write a novel for you, would you choose the talents of Stephen King, J.K. Rowling, or perhaps Neil Gaiman? Or would you instead bank on the inventiveness of a robot with AI?

Very few people would choose the latter these days. But robot-written books are improving in quality. A short novel co-written by a robot (its co-author is human) made it past the first stage in a Japanese literary contest in 2016, in which the judges did not know which novels were written by humans and which by machines.

For now, though, robots are limited to farming data and churning out perfect sentence structures and grammatically-correct paragraphs. None can touch the level of creativity that’s required for plot and character development. That comes from the human mind, and probably will for a very long time.

The ad world was rocked last year by the introduction of “robotic creative directors.” As a creative director myself, the news was initially a hammer blow; until I read what it can do, and how it does it.

This “creative director” is really nothing more than an editing assistant that offers solutions based on millions of ads that are available for viewing, coupled with data on current consumers. But the robot cannot (at the moment anyway) come up with a brilliant, innovative ad to capture the imagination and sell a lot of products. That is very much a human endeavor; to create comedy, intrigue, and a “need” out of thin air. AI may help creatives to crack certain problems, but robots will not be taking over the advertising world just yet.

Certain aspects of the teaching profession can be automated. You just have to look online to see the many thousands of options you have for education courses that are offered without any kind of human involvement.

But raising children into responsible, well-educated adults is about much more than rote learning. There needs to be an understanding that goes well beyond facts and figures. Teachers have to deal with emotional issues, and respond to interesting and unusual questions in a “human” way. Despite what you may see in sci-fi movies, teachers are not yet going to be replaced by robots.

Like authors, advertising creatives, and other similar professions, film and television direction is a skill that requires a great deal of innovation and lateral thinking. Directors have a vision of what they want to put on the screen, and that vision is uniquely human.

Robots can assist with editing the movie, finding the best angles for shots, and even suggest script changes and lighting techniques. But for the time being, robots will never take the place of talents like Spielberg, Scorsese, and Nolan.

Indiana Jones and Lara Croft can expect long and fruitful careers. Well, those may be fictional examples of the archaeology professions, but even so, the job is safe.

Much of what an archaeologist does is theorizing. Basically, they look at fragments of evidence and piece together concepts and solutions that, to the best of their knowledge, make sense based on the information in front of them. But most of the time, it’s intelligent guesswork. This kind of thinking is not something in which robots excel. They can come up with solutions to complex problems in nanoseconds, but ask them to “have a guess” and it’s a different story.

Certain aspects of policing and the law could one day be replaced by robots or computers, especially as artificial intelligence becomes even more sophisticated. However, the detective that works in homicide, missing persons, burglary, organized crime, and many other areas of the industry, has a long time before they need to worry.

Aside from the fact that a human element is needed to make links between seemingly random pieces of information (often called “a hunch”), it would be nearly impossible for a robot to go to the places a detective must go to find clues, investigate witnesses, and dig up leads. And when it comes to undercover work, that’s even more impossible. Yes, there are robot cops around right now in some countries, but they are really just souped-up information agents. They don’t solve crimes.

Several people have speculated that actors, singers, dancers, comedians, and other entertainers are one day going to be replaced. True, Peter Cushing died in 1994, and was digitally recreated with convincing effects in 2016’s Rogue One. And as technology improves, so will these animated stars.

However, the emotion and physicality that comes from a truly gifted entertainer is going to be impossible to generate for a long, long time. Performances can be mimicked, but real authenticity and sentiment is not something that comes easy for a robot. Our entertainers will be human for many decades to come.