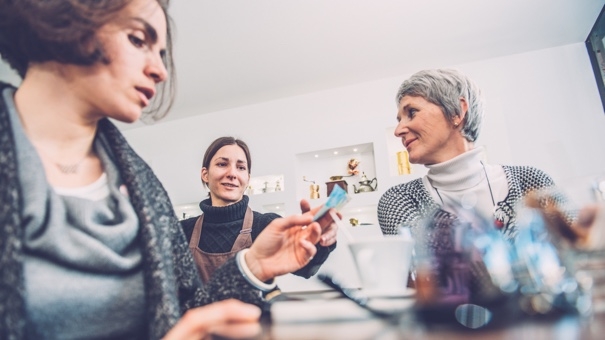 So, you loaned your best friend some money. Months have passed and there’s still no sign of it. Now you need that money back, but you don’t want to be rude by asking for it. How do you go about it without causing offense, or jeopardizing the friendship? Here are a few ways to tackle this awkward subject without losing your buddy. (See also: 10 Money Moments That Are Awkward for Everyone)

People get hung up on the idea of asking someone for money. “What will they think of me?” “What if they say I’m being inappropriate?” Well, let’s start with the fact that your friend has already taken that step and asked you for money. Money, by the way, that you gave to them. So sweating about asking for it back is a little silly when you really think about it. (See also: 7 Ways Pride Is Keeping You Poor)

Now, how you go about asking for the money will make a difference. If you say something like, “I’m a little short right now, do you think you could find a way to pay me back that money I let you borrow, please?” then you should be fine. If you yell, “Oy, where’s my money, I lent you weeks ago?!!” you risk adding tension to the relationship.

2. Find a way for them to work it off

If money is an issue for them, then maybe you can find some kind of favor they can do to wipe the slate clean. If they’re a designer and you need a logo, can they do that for you and call it even? If they fix cars, could they take a look at yours and give an honest opinion about work that needs to be done? Everyone has some kind of talent or skill they can provide, and if you need it, they may appreciate the offer.

3. Barter for something they have that you want

This is another good way to get money back without actually having your friend pony up the cold hard cash. Is there something that your friend has that you would like? It should be of equivalent value to the cash you loaned them, so keep that in mind. Don’t go asking for a flat screen TV because you loaned them $20. But if you know of something, and you think they’d be more than willing to part with it, give it a try. Maybe they have two of something, and would be happy to give you one. That would be an ideal way to make everyone happy.

Presumably the money you loaned your friend was for something important. Very few people are going to respond to, “Why do you need it?” with “No reason” or “Not telling.” So, why not bring it up in casual conversation? “Hey, how’d it go with that car repair? Everything OK?” This should be enough of a prompt to let them know you haven’t forgotten about the loan, and that they are still obligated to pay it. (See also: How to Talk to Friends and Family About Money — Without Making Everyone Mad)

Another way to drop hints that you need the money back is to decline offers to do things that involve spending money. If your friend asks you to go to lunch, you can say, “I’d love to, but I’m really short on cash right now.” If they ask you to go out on the town with them, just tell them straight, “I don’t have the money to do something like that right now.” If your friend understands basic social cues, they should pick up on the hints and offer to pay you back, or pay for you when you go out to eat.

So you’ve broached the subject with your friend, and they’ve refused to pay you back. In that case, come back with a flexible payment plan. They may be genuinely stuck and unable to give you the whole amount back at once. But if they can pay it back in installments over a few months, that’s nowhere near as scary. If you aren’t feeling like they will honor the verbal agreement, get something down on paper. Or consider using an online payment service and monthly escrow payments. But hopefully, you won’t have to go to such lengths with a good friend. (See also: The 16 Cardinal Rules of Loaning Money to Friends and Family)

7. Tell them you need the money urgently

Whether or not this is true is entirely up to you. If you don’t need the money badly, but have a feeling you’ll never get the money back without creating a sense urgency, a little white lie doesn’t hurt. However, it’s very possible that the tables will have turned, and your good deed is biting you back hard. Now you are in need of that money as badly as they were when they came to you. Remind them of this. A tiny bit of guilt coupled with a plea can really help your friend see that they need to make good on the loan.

8. Paint them into a corner

You truly need your money back. What do you do? Well, the next time you’re out with this friend and you’re purchasing food or drinks, tell them they still owe you money, so they can pay for your share of the check. Most friends at this point will be cool about it. If they refuse, tell them you’ve been waiting for that money and cannot afford to pay right now. If they’re out with you at a bar or restaurant, they clearly have some kind of disposable income on hand. (See also: 6 Ways to Split the Bill Without Losing Friends)

9. Ask someone close to them to remind them

If you’re a little nervous to approach them directly, consider asking someone close to them. Maybe it’s a spouse, another friend, or a family member. If you let them know that you don’t want to embarrass them by just coming out and saying you want the money back, they may be able to drop hints on your behalf. Something like, “I saw Jane the other day, she looked like she was having trouble paying a bill. Can you help her out?” might get the ball rolling. They may be more direct and say, “Jane loaned you some cash, isn’t it time you paid her back?” It all depends on the people involved and their relationship with the person who still owes you.

Times have definitely changed. In the past, the idea of paying back that $50 with a credit card would have been unheard of. After all, you’re not a business with an Electronic Funds Transfer console and a merchant account. But now, you don’t have to be. They can use PayPal or Venmo to send you the money. Or they can use a service like Square, which actually lets you swipe their card with a small reader, and charges a transaction fee of 2.75-3.5 percent plus 15 cents, depending on how the credit card is processed. You can even prompt them to send money to you with the “request money” feature. (See also: 6 Mobile Payment Tools You Should Start Using Today)