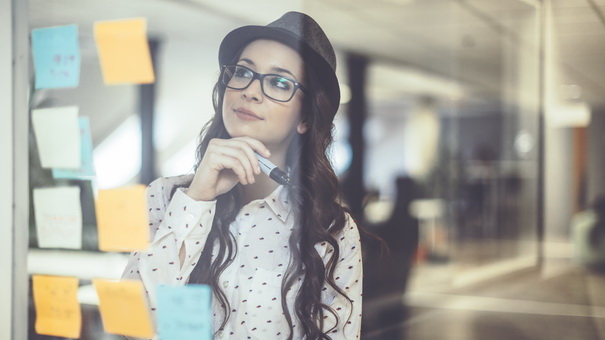 When was the last time you got a big raise? We’re not talking about the 3 percent raise you should get every year to keep your salary in line with inflation — we’re talking about a noticeable pay bump to reward you for all your hard work. Has it been a while?

You may feel like you’re long overdue for that financial reward, but asking for a raise without first recognizing if the timing is right can set yourself up for a disappointing answer. So before you ask for a raise, ask yourself the following questions first.

1. Is my current salary where it should be for my position?

Salaries for identical roles vary from company-to-company, state-to-state, and country-to-country. You may not have had a significant raise in many years, but that doesn’t mean you should automatically get one. Take a look at a website like Salary.com and search for your current role, your location, and your years of experience. Don’t forget to add in any benefits and bonuses you may get. Now, where do you fall on the chart?

If you’re right at the top of the bell curve, congratulations; you’re getting what the majority of people in your position are getting. If you’re to the right of that peak, you’re actually earning more than average. It’s only if you fall significantly left of center that you should feel a large raise is appropriate. (See also: 5 Times You Should Demand a Raise)

Again, this is going to vary depending on your profession and the current state of your industry. But usually raises are given out annually, so if you had one 10 months ago, you shouldn’t expect to get a warm reception when you ask for more money. If it has been many years since you had any kind of raise beyond the meager 2 to 3 percent, and you have an excellent work history, you are definitely right to approach your supervisor and talk about money.

That could be read one of two ways; either your start date with the company, or the date of your last promotion. Either way, you should really tread carefully if you start asking for more money without a year of experience in that role under your belt.

Now, you could find that certain promises were not kept with regards to commissions, bonuses, benefits, or other ways you were told you’d be compensated. If that’s the case, make the reasoning watertight. You took the job based on income you’re not receiving, so you would like a bump in pay to make it right.

4. Do I really deserve the hike in salary?

Of course you do, right? Well, maybe not. A fat raise usually accompanies a promotion, more responsibility, or the kind of performance that makes you indispensable. Look at what you’ve done since the last time you got a raise. Have you been good at everything, or have you been outstanding? Did your performance meet the expectations set by your manager, or did it exceed them? Did you hit deadlines and budgets on the head, or did you come in under budget and ahead of schedule?

Sadly, “good” is just not good enough for most companies these days. They expect a dazzling performance month after month before a raise is on the table. (See also: 9 Ways an Annual Self Review Can Boost Your Career)

5. Do I really want more money, or more job satisfaction?

Money makes the world go ’round, but sometimes we find ourselves wanting more money because the job isn’t giving us any other reason to show up. The role may have become stale, or the tasks uninspiring. We’re not fulfilling our potential, and to compensate, we want more money in exchange for the torment we endure.

If your motivation for a raise is that the job just plain sucks, do you really want more money to stay in a role that you don’t like? Is there a better solution? How about a move to a different department, or asking for more challenging opportunities that will help you grow your career? Money isn’t always the answer. (See also: 5 Reasons a Big Paycheck Is Not Worth Staying in a Job You Hate)

Unless you’ve been hiding your head in the sand, you should have a good idea of how the company has been doing for the last six months to a year. Is it in a good place, a great place, or have there been troubles?

For a start, any kind of financial issues are going to make your request for money come off as tone deaf. Layoffs, cutbacks, and salary cuts spell trouble for sure, and asking for a raise when everyone is struggling is not going to go over well. Even if you believe you’re being underpaid or really deserve the extra money (for example, if someone was laid off and you’re doing twice the work), you must be careful how you broach the subject. Before going to the boss, put feelers out with human resources or someone in finance. (See also: The Absolute Worst Ways to Ask for a Raise)

“Because I deserve one” is not a good answer to the question, “Why should we give you a raise right now?” In fact, you shouldn’t even let your boss get to that question. Instead, make a case for your raise right out of the gate. Start the conversation with something like, “I’ve been doing a lot of thinking, and I believe I deserve a pay raise for these reasons.” Then, clearly and confidently explain those reasons. Don’t be pushy, arrogant, or entitled.

Use specifics in your argument. “I’ve been doing a great job” is way too broad. Instead, list performance figures, additional hours worked, weekend work, increased sales, increased customer satisfaction, or whatever else counts as a big plus in your role. If you’re having trouble thinking of any specifics right now, it’s probably not the time to ask for a raise. (See also: How to Negotiate a Raise Out of the Blue)

8. How much do I ask for, and how much will I be happy with?

The two numbers are not the same. In fact, the second will probably dictate the first, because in the negotiation game, it’s always better if you set the “anchor” point rather than the boss.

Let’s say you want no less than a $5,000 raise. You shouldn’t ask for $5,000, because it’s way too easy for the boss to talk you down from that price point (they sure won’t be going up from it unless they’re worried you’re about to quit).

When you’re asked how much of a raise you’d like, go higher than your bare minimum. Maybe you ask for $10,000. If he or she says yes, great! If not, you can start negotiating back down. When it gets down to $5,000, you can accept and be happy. The boss will also be happy that the figure is lower than what you said you wanted. (See also: This Simple Negotiating Trick Puts Money in Your Pocket)

9. Will I accept other benefits instead of money?

Again, is money what you really want, or would you consider other offers that aren’t directly tied to salary? For example, what if you’re given an additional five vacation days per year? That has real value, especially nowadays when we all seem to be working harder than ever. If not that, would you take an offer that lets you work from home one day per week? Or how about getting additional benefits you may not be getting now, like a higher match for your 401(k), or paid conferences out-of-state (or even out of the country)? Consider everything that you could be offered instead of money, and have them in your back pocket if your request is flat-out refused. (See also: Didn’t Get the Raise? Ask for This, Instead)

Be prepared for the boss to say no. You shouldn’t expect to get a raise, or the amount you believe you deserve, even if you think it’s overdue. If you walk into the room thinking it’s in the bag, and don’t have a plan for rejection, things could go badly. You don’t want to get upset, angry, or walk out and slam the door.

Instead, thank your superior for his or her time, and ask when a good time would be to revisit the issue. This leaves the possibility of a raise still in the air, and allows you to try again at the appropriate period. Then, go back to doing what you do without holding a grudge or lowering your performance. Work hard, work smart, and that raise will hopefully come soon enough.

Pearlandrig - Why You Need A Genuine Ostrich Leather Handbags

Marvindes - The 5 Best Board Games for Children

SanAntoniorig - Why You Need A Genuine Ostrich Leather Handbags