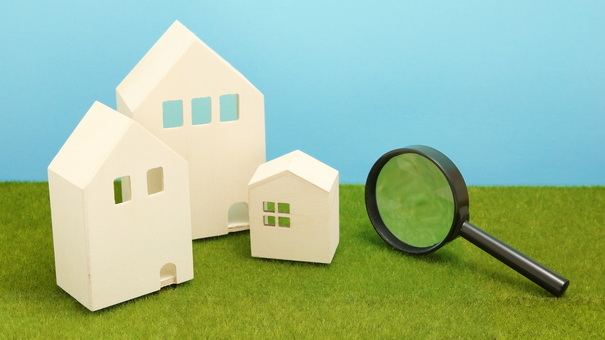 Are you ready to fly the nest? If it’s time to find a new apartment, there are some things to look out for before signing a rental agreement. If you don’t know what to be wary of, your first place could put you in financial jeopardy and even physical danger. These are the biggest red flags. (See also: 10 Questions to Ask Before Signing a Lease)

1. A limited selection of photos

If the ad for the apartment features just one or two photographs of the place, don’t even bother making a call to see it. Landlords know that great photos help sell a place. It’s the first thing any potential renter will look at, and they will scour them before looking at features and price. If there are just a couple of photos, perhaps blurry or only showing one room or the outside of the building, the landlord is hiding something. Either the unit is in awful condition, it’s small and dark, or it’s got other issues that he or she would rather not talk to you about until you get there; and that’s when the hard sell begins. Don’t see any place that doesn’t show you all the interiors and exteriors in advance.

2. Bars on the windows

You may think it’s good to have an extra layer of security, but let’s be honest; bars mean trouble. Clearly the apartment is in an area rife with crime, and if the landlord has taken to adding bars to the windows, it’s bad. The only reason bars are up is because it’s a last resort to prevent break-ins, vandalism, and other crimes. If you see bars, don’t even enter the building.

3. The rent is too good to be true

Landlords are in the business of making money. Whether it’s just one person renting out one property, or a whole agency renting out hundreds of homes, the end goal is profit. So if you come across an apartment that is priced way under the going rate for that area, be afraid. Be very afraid. It could be a bait and switch, which is illegal — when you call, suddenly that apartment at that low price is no longer available, but there’s a similar one that’s way more expensive. Or, there’s one that’s the same price but has fewer rooms and is in an awful neighborhood.

Another reason could be that there is a major problem with the rental unit. For example, it’s directly above a loud bar or restaurant, or it’s near a high-traffic area that ensures you’ll never get any sleep. The price may also be compensating for unusually high utility bills, pest infestation, or significant problems with the structure. The chances are, a super-low price is simply a worm on a hook, and you’re the fish being reeled in. Don’t bite.

When you reply to an ad for an apartment listing, it’s fairly common to get a few different reply addresses at first. One could be an auto-responder saying someone will be in touch, or it could come from a third party domain like Craigslist. However, if the email addresses keep changing, and the name of the person you’re dealing with is also going through an identity crisis, you have a potential scammer on your hands. Take a look at the domain names, see if the person has a presence on LinkedIn, or if there is a legitimate website linked to that landlord or agent. If they’re a ghost, you should steer clear of this property. And if the emails are filled with typos and other errors, that can also be a bad sign. (See also: 6 Ways to Apartment Hunt on Craigslist Without Getting Scammed)

5. The landlord or agent isn’t available

If you’re having trouble getting in touch with the landlord now, at a time when he or she should be extremely keen to talk to you, imagine how tough it will be when you’re a tenant. At this stage in the process, you represent money. They want the apartment rented out, and to be making a profit ASAP. If your emails go unanswered for days, your calls go to voicemail, and you are having to play detective to get any kind of answers, this is not the place for you. It could be a scammer, it could be disorganization, or it could be laziness and apathy. None of these are qualities you want in someone who you’ll be relying upon for repairs to the apartment and other issues.

6. Too many things are in need of repair

If you’re walking around and everything looks good, but the door on the microwave is dinged up or loose, it’s probably just an oversight or something the landlord intends to fix before you move in. Any good landlord will bring it up and assure you the repair will be made. If not, ask for it to be taken care of before signing the lease. However, if you see signs of neglect, and many items that look broken or in a state of disrepair, move on. If the landlord is showing you this, imagine what he or she is hiding from you? It also doesn’t bode well for any repairs you may need once you’re a tenant. (See also: 13 Things You Must Inspect Before Signing a Rental Agreement)

7. Some doors remain closed on the viewings

Yikes. If there are doors that are locked and the landlord won’t show you that area, you have every right to be very suspicious. You’re about to live here, and deserve to see every room. That means the closets, the attic or basement, the garage or storage unit, and even the crawl space if you desire. Some landlords will say that some rooms are off limits because they use it for storing maintenance supplies and other personal items. That needs to be considered in the lease, and should be accounted for in the price of the rent. But any landlord serious about his or her business will rent their own separate storage unit.

8. There are funky odors or stains

There’s no excuse for this. An apartment should be made “view ready” by the landlord, and if it’s not looking or smelling good, you’re going to have issues. The biggest concerns are mold and mildew. If you’re smelling that damp, musty odor it means the apartment could have some major issues with mold. This can cause structural damage and health issues. You should not be smelling any kind of cigarette smoke unless the listing says “smoking OK,” which is rare these days. And look for stains on the walls or ceiling. If you see a fresh coat of paint on one small section of the apartment, ask about it. They may be trying to hide a problem.

9. The tour is rushed and given at an odd time

If you have a landlord or real estate agent rushing you through the tour, or only letting you see the apartment at certain times of the day, you are being deceived about something. Maybe the neighborhood is noisy and dangerous after dark. It could become an all-night party zone. Or, you could get stuck next to horrendous traffic and transportation noises during rush hour. And if you’re close to an airport, make sure the apartment is insulated from that noise or you’ll regret moving in for the entire term of the lease.

Don’t just walk away, sprint! A lease is a contract between you and the landlord, and your signature means you agree to whatever is on it. If the landlord or agent says certain items will be filled in later, you cannot trust what’s coming. Maybe they tell you you’re getting a discounted rate, but then change their mind. They may say they’ll take care of all the utilities, but afterward change that. They may even add in that the security deposit is nonrefundable. When you sign a lease, everything should be completed, and there should be two identical copies — one for you and one for the landlord, each signed and dated by both parties. And if they say you’ll miss out if you don’t sign right now, it’s a pressure tactic that can only lead to trouble. (See also: 10 Questions Landlords Can’t Ask)