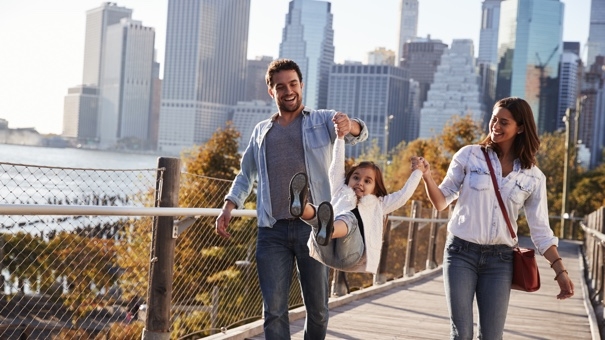 Whether you’re looking for a fun day out, a weekend getaway, or a longer vacation, safety is always a primary concern when choosing where to go. Reading the news each day can make you feel like the U.S. is an overwhelmingly dangerous place to travel within. But as with anywhere, there are plenty of places where you’re highly unlikely to run into any issues whatsoever. Here are 10 safe cities to visit in the U.S. (See also: 4 Affordable Destinations That Are Safer Than You Think)

*This list is based on the annual report by the neighborhood and schools ranking company Niche. The site analyzes available data from different sources — mostly statistics from the U.S. Census and figures released through the FBI’s Uniform Crime Reporting Program. It also takes into account the results of over 100 million survey responses and reviews based on people’s own perceptions of how safe they feel within their own city. After interpreting all of this data, it then creates a ranked listing of the safest cities in the U.S. 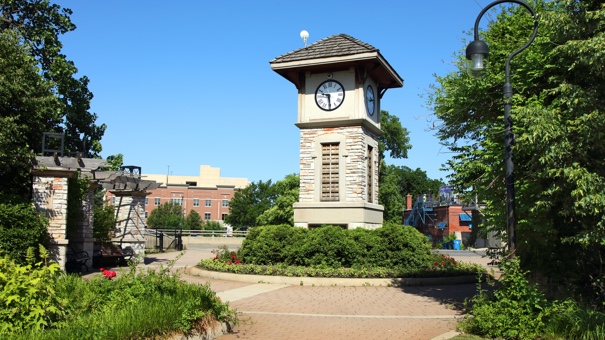 Just over 30 miles away from Chicago, Naperville has its own distinct character, exemplified by its pretty downtown area renowned for a bustling night life, great shopping options, and outdoor activities.

Despite a growing population that currently stands at around 145,000, it retains a small town charm with regular community events taking place. You can also take part in numerous water sports at the Paddleboat Quarry, take a stroll along the Naperville Riverwalk along the banks of the DuPage, or chill out at Centennial Beach. 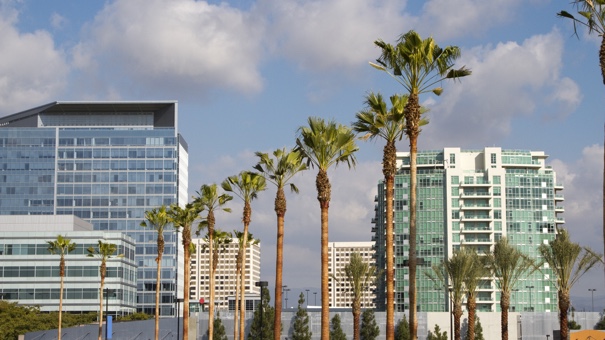 Irvine, California is an outdoor enthusiast’s paradise, with dozens of parks, miles of hiking and biking trails, and proximity to the beach.

Irvine also makes a wonderful base from which to explore the rest of Orange County, lying just a few miles from the Pacific Coast and less than 50 miles south of Los Angeles. There are plenty of huge attractions on its doorstep, including Disneyland or Knott’s Berry Farm theme parks. (See also: Beyond Disney: 8 Affordable Family Destinations in the U.S.) 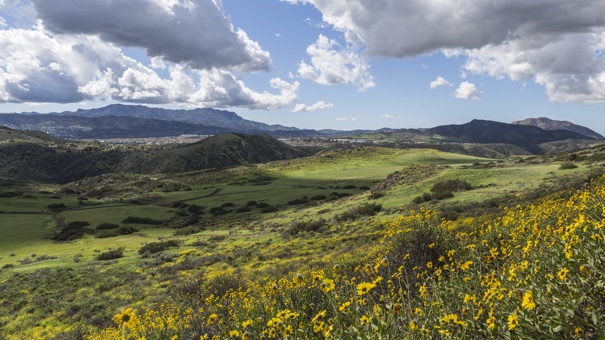 Situated in California’s stunning Ventura County, the city of Thousand Oaks is a part of the picturesque Conejo Valley and has the Santa Monica Mountains as a backdrop. Scenic is probably the most suitable word to describe the setting, and it’s this abundance of open space that attracts visitors.

There are numerous trails in Thousand Oaks to explore by foot or by bike, but you also can shop ’til you drop at The Lakes, and enjoy the exciting craft beer and local wine scenes. Additionally, it’s located between the nearby cities of Los Angeles and Santa Barbara, and just a half-hour trip from the beaches of Malibu. (See also: 10 Best Family Friendly Road Trip Routes in the U.S.) 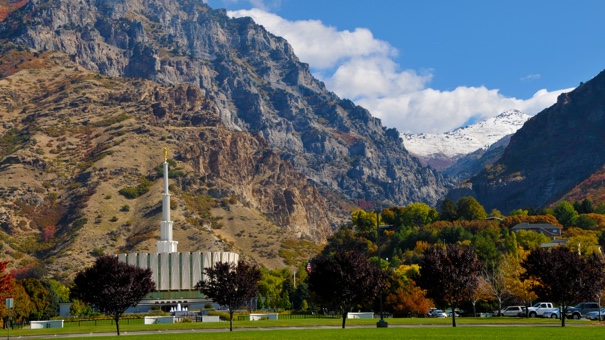 Utah’s third largest city, Provo, is wedged in between the snow capped mountains of the Wasatch Front in the east and the seemingly boundless Utah Lake to its west. With a reputation for its clean living inhabitants, Provo is more of a tranquil, outdoorsy city.

If you’re into water sports, then the Provo River will provide you with endless activities such as kayaking, fly fishing, and tubing. The mountains of the surrounding Utah Valley also provide plenty of opportunity to get out and unearth the beautiful natural surroundings by foot, horseback, or on wheels. 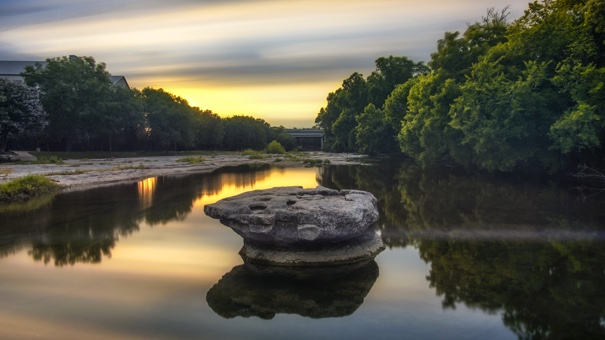 About 20 miles north of Austin lies the historic town of Round Rock, Texas. It is indeed named after the eponymous stone that lies in the middle of Brushy Creek that enabled wagon crossings in the 19th century.

Nicknamed “The Sports Capital of Texas,” there are several high quality sports facilities catering to almost every imaginable activity, including the Round Rock Multipurpose Complex, Old Settlers Park, and Round Rock Sports Center. The city also hosts sporting events and competitions year-round, so you’ll almost always find a big tournament going on regardless of when you visit. 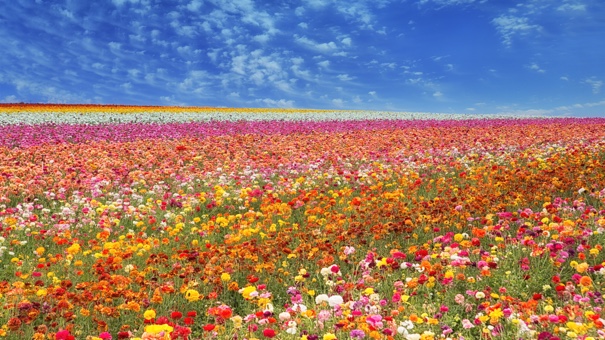 Carlsbad’s seven miles of shoreline, laid back atmosphere, and proximity to many of California’s top attractions make it the perfect coastal getaway. Nestled in between San Diego and Orange County, it’s the perfect place to explore the surrounding areas.

In and around Carlsbad, you’ll find major draws like The Flower Fields, and most famously, LEGOLAND California. The beaches in this city are perfect for relaxing and revered among surfers, particularly Tamarack Beach, which is also great for other water sports such as windsurfing, snorkeling and diving, and kayaking. (See also: 6 Budget-Friendly Beach Destinations)

As a key location in Silicon Valley, Sunnyvale is home to some of the major players in the industry. While half of the city is dedicated to industrial use, the residential half is packed full of leafy parks and outdoor spaces, including two pubic golf courses.

Boasting an extremely diverse population, one of Sunnyvale’s main attractions is the wide range of cuisines in restaurants in the downtown area. 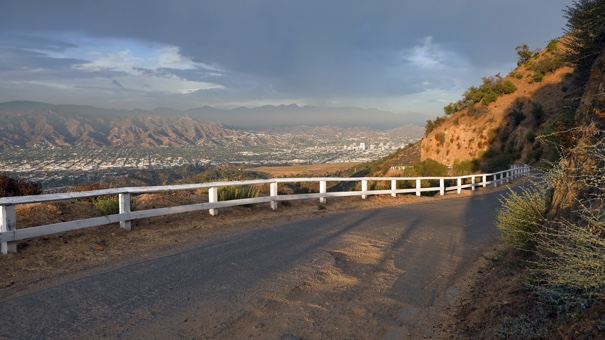 Located on the outskirts of Los Angeles, Glendale has a unique feel to it with some quirky attractions and interesting food and drink options. These include art galleries and museums, a great night life with plenty of live music, as well as beautiful scenery in the wilderness that surrounds the city.

Glendale is also home to the largest Armenian community in the U.S., with an estimated 40 percent of people being of Armenian descent. It’s something that has had a noticeable effect on the cultural fabric of the city, and you’ll find Armenian bakeries, restaurants, and cafes offering a flavor of this country. 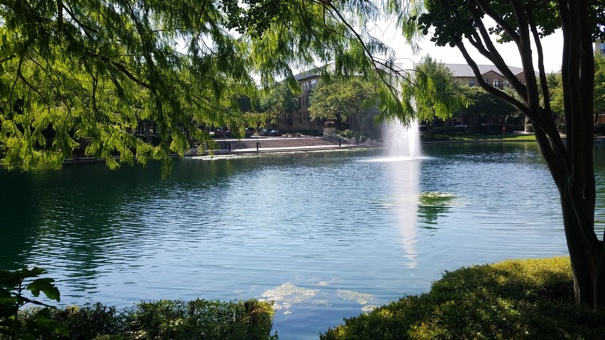 Less than 30 miles north of Dallas, Plano, Texas is a popular getaway for people from the bigger city to get away for a bit. There’s an arts district, amazing retail options with plenty of shopping centers, and attractions like Go Ape and the Crayola Experience to keep kids happy.

Downtown Plano’s reputation precedes it with visitors coming from far and wide to enjoy the historic area. And the food scene here goes way beyond the requisite Texas BBQ and smokehouses with a diverse range of restaurants serving up everything from sushi to tacos, and pizza to dim sum. 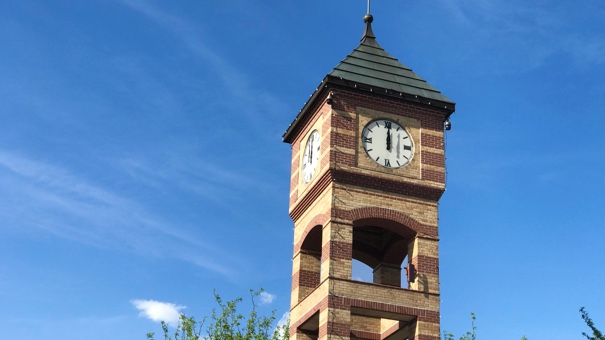 Historically known as the gateway to Kansas City, Overland Park’s appeal goes way beyond being a feeder for its neighbor. The second largest city by population in the state of Kansas, it’s gaining a reputation as a destination in its own right.

There’s a great contrast between the traditional and the contemporary, with modern museums and art galleries sitting seamlessly alongside farmsteads and botanical gardens. It’s also a great place to bring the kids, with plenty of outdoor spaces and activities like indoor sky diving and golf available.