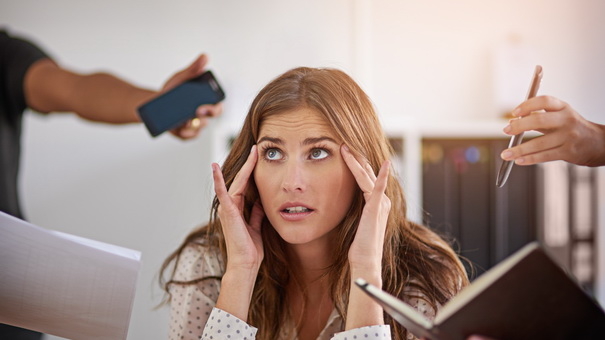 Have you ever walked into a meeting hoping that you’ll be able to convince others that you’re an expert in your field, when in reality you feel as if you’re faking it? Have you ever feared that you would be “found out” to be less competent than others think you are? The “impostor phenomenon” was first described in 1978 in a study about professional women who believed that they had achieved their success by luck or by mistake, instead of by their intelligence and competence.

Since then, researchers have learned that what we now call “impostor syndrome” affects not only women, but also men in roughly equal numbers. Described as an inability to internalize one’s own successes, the self-doubt of feeling like an impostor can hold you back when you consistently underestimate yourself or sell yourself short. (See also: 10 Ways Even Shy People Can Fake Confidence and Get Ahead)

The good news is, research shows that impostor syndrome isn’t really a syndrome — it’s not a personality trait, nor a mental disorder, nor is it rare. In fact, almost everyone experiences it as a reaction to a situation at some point. With that in mind, there are some strategies you can use to combat feelings of inadequacy and to feel confident in your own abilities.

1. Remember that you’re not alone

Some of the most successful people in history have described feelings of disbelief in their success. From Maya Angelou to Albert Einstein, many famous achievers felt that they did not deserve the accolades and success they had achieved.

So if you have similar fears of being found out, know that you’re in good company! Most likely, everyone in the room has had similar feelings and insecurities. It kind of makes you feel better about your own feelings of inadequacy if you know that the person you’re talking to most likely feels them too, doesn’t it? We’re all just faking it till we make it.

When you feel that you don’t have what it takes to succeed, it can help to talk with a trusted friend or mentor who can give a more objective perspective on the situation. A supportive friend who knows your abilities and successes can encourage you, can point to reasons why you shouldn’t feel nervous about your abilities, and can help you think through the situation. Even if they are simply repeating things you already know (“You’ve already done a project like this, and you can do this one, too”), it can help to hear it come out of someone else’s mouth.

3. Focus on the work

Instead of dwelling on what your work says about you, focus on finding solutions to the problem at hand. You have less time for self-doubt if you’re thinking about the work itself. I often find that while I might dread a task because I’m afraid I’m not qualified enough to do it, once I get started, that fear often goes away because I’m too busy to think about it. (Don’t Panic! How to Meet a Deadline)

You may feel like the least qualified person in the room, but that doesn’t mean you don’t have something to contribute. Often, people with an outsider perspective are able to see solutions that seasoned experts miss because they’re too close to the subject. Outsiders are often able to reframe the problem to see from a different perspective. So even if you have less expertise, think of your outsider status as an asset, not a liability.

Try to stop yourself from using phrases like, “Well, I’m no expert, but I think …” or “I don’t really know what I’m talking about, but …” While such refreshing humility can be appealing on a personal level, they can undermine you on a professional level. Don’t make others doubt your opinion before you even give it. There’s a difference between acknowledging that you don’t have all the answers, and tearing yourself down.

6. Focus on what you can learn

Instead of thinking about how you’re performing and how that performance looks to others, think instead of what you can learn from the experience. If your pitch for a new project ends up being rejected, focus on what you can learn to be successful next time. Treating each situation like an experiment makes it less personal. Failure simply means that the approach needs to be slightly different next time, instead of confirming your worst fears about yourself. (See also: 15 Free Ways to Learn Something New)

7. Your worth isn’t in your achievement

Many people who experience impostor syndrome associate achievement with self-worth. Surround yourself with friends and mentors who value you not for what you achieve, but for who you are as a friend and as a person. And realize that no matter how much you achieve, success alone will not make people genuinely love you or care for you.

8. Realize perfection is not attainable

Many people who struggle with impostor syndrome also tend to be perfectionists who cannot let a task go until they have overplanned and overworked it to the point of exhaustion. Or, that perfectionism might manifest itself as a fear of trying a new task because you might not be able to do it perfectly. Either way, overcoming impostor syndrome involves being able to do a task well enough, instead of perfectly. Cut yourself off when you find yourself obsessing over making something perfect. In my experience, the more you fuss over it, the less creative and fresh the final result will be.

9. Keep in mind that it’s not always about you

Over the last few years, I’ve learned that sometimes, a less than optimal result has more to do with factors out of your control than with your own abilities. Perhaps a client’s timetable had to be more rushed than optimal, or budget constraints did not allow you to operate at full potential. While it’s important to be realistic about how you can improve, all you can control is how you act, respond, and learn from the experience. You can’t change all those other factors — you’re just one person. (See also: 12 Ways You Can Go Easier on Yourself)

10. Don’t forget that impostor syndrome can be a strength

If you don’t allow impostor syndrome to cripple you from taking risks, it can actually bring about some positive effects. Acknowledging that you don’t have all the answers can create an atmosphere of trust, communicativeness, and teamwork.

Case in point — I recently went to a media event, and a blogger at my table openly admitted, right at the beginning of the event, that she had been nervous about coming because of her so-called social awkwardness. You could almost hear the collective sigh of relief going around the table — we were not alone!

Impostor syndrome means that you know you have a lot to learn, which can push you to be more innovative, more team-oriented, and more hardworking. So next time impostor syndrome whispers in your ear, treat it like the friend (or frenemy?) who keeps you on your toes, but sometimes needs to be put in its place.