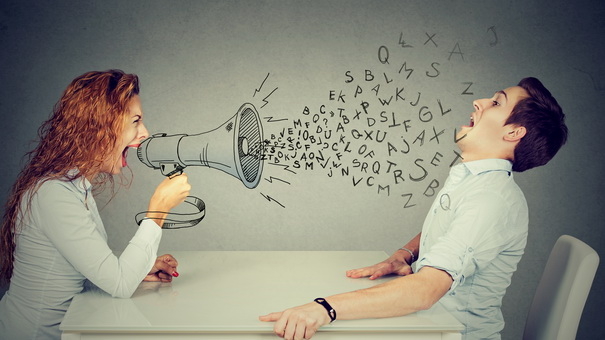 Conflicts in the workplace are tough. They can lead to a very stressful work environment, a lot of sleepless nights, and some people even quit their jobs over the issue. But if you approach the disagreement calmly, it should not be something that ever gets you to the point of quitting or taking time off. You can get past this. Here’s how.

1. Give each other time to calm down

Nothing good ever comes from a conversation that happens in the heat of the moment. Tempers are flared, egos are bruised, and both of you may say things you later regret (or that could impact your position at the company).

Whatever the situation, agree to take a time out from each other for at least 24 hours so that you can sleep on the issue and perhaps talk to someone about it. You will both come back to the table a lot calmer, perhaps with some insights into how and why the disagreement happened in the first place, and what you can do to smooth things over and get back to work. (See also: 5 Times You Should Avoid Confronting a Co-Worker)

2. Look at the issue from their perspective

It’s easy to get self-centered when you have a disagreement. You know you’re not the one at fault, and you sure aren’t about to change your mind. But putting yourself in the shoes of the other person can be tremendously helpful, especially if you’re convinced that this is all on them.

Advertising legend Bill Bernbach used to carry around a small piece of paper in his pocket. On it were three words: “Maybe he’s right.” Maybe you did something that led to choppy waters. Even if you didn’t, what is the other person going through right now? Is there trouble at home? Did they get handed a lot of responsibility in a short amount of time? Are they in fear of losing their job? By switching roles in the disagreement, you will have a better understanding of it. And hopefully, the other person is doing the exact same thing.

Finger-pointing is for the playground. In a professional working environment, trying to throw all of the blame onto someone else is not going to go over well. For a start, even if it really is all on the other person, you’re going to be perceived by others as unreasonable. What’s more, coming to an accord is going to be almost impossible if you don’t bring some kind of concession to the table.

Imagine for a second that this happened because of a mistake you made. If the conversation starts with, “This is all your fault and you know it,” how open will you feel to talking this through? Put aside the blame, and instead focus on the issue at hand, rather than the person who started it. What’s the problem, how do you solve it, and how do you do it in a way that both parties can agree upon? Any meeting of the minds that starts with a pointed finger is not going to end well.

4. Stay focused on the issue

It happens in disagreements at home all the time, and it’s not helpful. You start off arguing about one thing, and before you know it, you’ve lost your temper and it’s become a character assassination. Don’t let this happen at work.

If the other person is constantly late, and it impacts your projects, find out why. Saying, “You’re late because you’re disorganized and lazy” is an attack that leads to greater conflict. Instead, talk calmly about the situation and offer advice that could help. Maybe it’s simply a case of downloading a few organization apps that can keep that person on schedule. If the other person keeps making mistakes, look at the cause. Are they stressed about something? Were they never shown the correct procedure? Was their training rushed, or was it given by someone who made the very same mistakes? Stay laser-focused on the issue, and a resolution will be reached much more quickly.

5. Don’t ignore it and hope it will go away

It won’t. Well, not unless that person is fired or has a life-changing epiphany. By ignoring it, you’re both letting it fester. The issue will always be there, like an inactive volcano, and all it takes is one push to make it explode. You can paint on a smile, you can pretend everything is peachy, but you’ll both eventually combust.

It’s far better to get everything out in the open as soon as you can, talk about it, and find a solution. It’s more difficult to tackle it than it is to ignore it, but the outcome is way better for everyone involved. You may even find that after the issue is resolved, you become good friends.

6. Establish ground rules for a conversation

There should be rules you both agree on before talking it out, and they can be very helpful in alleviating some natural tensions. For starters, you should both agree not to attack the other person’s character. You may want to have a rule that allows either person to step away for a few minutes if things get heated or they’re having a hard time concentrating. Perhaps you want a third party there to take notes and keep everyone honest. As long as you both agree on these rules before you begin, you should make significant progress.

When you’re done, agree to shake hands, put the incident behind you, and focus on the future. This is not something anyone wants shoved back in their face the second some other disagreement happens.

If you’ve ever had a disagreement with a romantic partner, you know how quickly it can derail when things turn negative. You go from talking, to screaming, to not speaking to each other at all. And after a period of not talking, it can take longer to recover from that argument than the issue it was actually about.

The same applies to a workplace disagreement. Do not go into the negative aspects of the issue. Avoid hostility, bitterness, and resentment. If your co-worker starts wandering into that territory, be the bigger person and steer them back to positive ground. Remember, you’re both working for the same company, and you should both want each other to do well. When you’re successful at your roles, the company benefits and everyone’s a winner. So, stay positive. If you have things to say that may sound negative, how can you frame them in a better way? What good can come of this? What can you both learn?

8. Help the other party offer up a reasonable solution

This works well with most disagreements. If you come to the table with a solution already figured out, the other person will feel like you’ve bulldozed over them. Why should they take the solution you’ve offered? Does it benefit you more than them?

Instead, after you have both talked about the disagreement, ask them to consider what could be done to make the situation better for both of you, and maybe hint at solutions. For example, if they have been playing their music excessively loud, you could mention that the company pays for certain accessories that are helpful to create a harmonious working environment. That may be all the other person needs to suggest that he or she wears headphones. And if the company doesn’t pay, why not offer to go halves, or pay yourself? If it leads to a happier life for you, it’s money well spent. (See also: 12 Ways You’re Driving Your Co-workers Insane)

If the situation warrants it, and things have devolved into a situation that is unproductive, consider bringing in a mediator to help with the dispute. It could be another person from your department, a manager, or maybe just someone in the company who is known to be a people person. Don’t bring in someone from human resources unless you want to make this official (more on that in a moment), and don’t ask someone clearly biased to one of you.

Explain the situation to the mediator, and have the other person do the same. You are both going to have your own version of the story — if the mediator only hears one side of it, this will not work. Sit down and discuss things rationally. The mediator can help you both avoid going into a negative place, and can also explain things to each of you that may not come across the right way from either party, for obvious reasons.

10. Take it to human resources

As a last resort, and if you have tried all other avenues, you should both raise the issue with your human resources department (if you have one). When HR gets involved, you are shedding light on an issue that could have serious implications for both parties, so make sure you know what you’re getting into.

You both may have to take some conflict resolution classes, and it’s possible the incident could go into your employee record. That in turn could impact raises, bonuses, and other work-related benefits if it is seen that you cannot work out a disagreement amiably with each other. Human resources will keep the peace, but remember HR is there first and foremost to protect the company, not the employees. Everything will be put in writing, and if this is very serious, such as a disagreement based on race, age, gender, harassment, whistle-blowing, or favoritism, HR has the power to take action that could lead to dismissal and even criminal charges.

SamuelShied - Why You Need A Genuine Ostrich Leather Handbags

Eugenebup - Why You Need A Genuine Ostrich Leather Handbags

TysonCrepe - Why You Need A Genuine Ostrich Leather Handbags