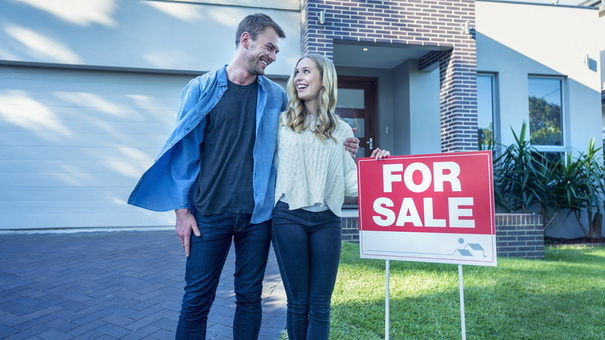 I love a bargain, especially when it comes to the biggest purchase most of us ever make: a house. But bargains are hard to come by in this seller’s market, with low inventory driving competition for houses. Nationwide, prices are up 6 percent compared to this time last year, and in some markets, they’re up even more.

In conditions like these, your best bet is to find a motivated seller who wants to close the deal and get what they can, fast. Here are some signs that you may have found one.

1. The listing says so

Some listings come right out and say it: “Motivated seller.” Others may imply as much, by stating “Bring all offers” or something similar. (See also: Sell Your House Faster With These 6 House Flipping Tricks)

2. The owner is moving far away

At open houses or during showings, find out as much as you can about the seller. Ask the listing agent why they are selling the house. If the answer is that they got a job transfer to Europe or they are crossing the country to move in with an ailing parent, they’re probably not going to have a lot of time for protracted negotiations. Even if the agent doesn’t come out and tell you, if it takes them a while to reach the seller for questions, it’s a clue that the seller might be far afield.

3. The owner has a change in life status

The same nosy questions might reveal that the seller is getting married or divorced. Same deal: They’re not going to want to leave their house on the market for months, waiting for the best offer. If the agent doesn’t tell you, look for clues of impending divorce (a subdivided house, half-empty closets) or marriage (seating arrangement charts, wedding veil in the closet).

4. The house is empty

A house that’s sitting empty means that the owner has already moved, and is probably now paying mortgage and utilities on two separate properties. If they have been in this situation for a few months, they may be desperate to sell. And they probably have less of an emotional attachment to a home than a seller who is still living there.

5. The house is overcrowded

The inverse of the empty house is the house bursting with furniture and belongings. Two sets of bunk beds in the bedroom? A crib in the master bedroom or on the landing? These people need to get into a bigger house, stat!

6. The house is underused

There are five bedrooms, but only two have beds in them. The family pictures on the wall all include 1980s hairdos or graduation gowns. You have stumbled upon the too-big home of a pair of empty nesters, and if they’re anxious to get to their Florida condo, you may be able to strike a deal.

7. The sellers are elderly

Hospital bed in the living room? Bathrooms retrofitted with shower stools and grab bars? Decor made entirely of lacy doilies? All signs that the seller may be on the way to assisted living or a nursing home. The family may need to sell the house as quickly as possible to pay the steep cost of living in such facilities. While buyers willing to pay full price might ask them for repairs they don’t want to deal with, a bargain hunter willing to take the place as-is might be welcome.

I bought my current home from a family in this situation, and we were able to get it for asking price instead of bidding above asking, which is the norm in the San Francisco Bay Area market. This strategy is not without its pain, however; due to deferred maintenance over the last few decades that our elderly seller lived here. Six years after the purchase we are still finding water and dry rot damage to repair, and we’re saving up for much-needed updates. (See also: 23 Hidden Costs of Buying an Old House)

8. The property is listed by an estate

If you find out that the home’s owner has died, you may be able to negotiate a deal. The heirs are probably anxious to wrap up the estate and divide the proceeds. They won’t have the same emotional attachment to the home as the owner would have, and they probably don’t want to let it sit on the market.

9. The seller is candid

If the seller announces that the basement floods, or the roof leaks and they have no intention of fixing it before the sale, they probably don’t have cash to put into the house, and they don’t want to waste time waiting for you to find these things out during an inspection. Consider it an invitation to make a deal.

Similar to the point above, a yard full of weeds, peeling paint, or any other sign of cosmetic neglect shows that the owner lacks time, money, or both to take care of this property. They’re likely quite anxious to get this responsibility off their hands.