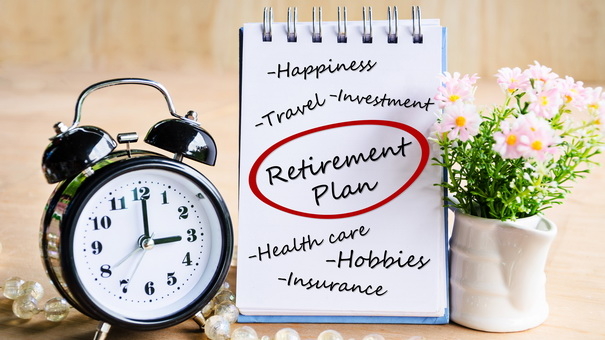 One of the best ways to set your life on a positive course — financially and otherwise — is to find out what older people wish they had done when they were younger. Along these lines, Vanguard recently asked readers of its blog, “If you had a do-over, what would you do differently to prepare for retirement?”

That question generated a treasure trove of advice. They covered a lot of ground, but many pertained to the following three regrets.

Getting started with an investing plan too late

This is a common lament among older people, and it’s easy to see why. Numerous studies show that too many people have too little saved for their later years. According to the 2017 Retirement Confidence Survey by the Employee Benefit Research Institute, only 56 percent of American workers are saving for retirement at all. Of those with no formal retirement plan, 67 percent have less than $1,000 in savings and investments. That can spell hardship later in life.

In the words of Vanguard readers:

“I wish someone would have taught me about the power of compounding when I was 10 instead of learning about it when I was in my early 30s.”

“If I had a ‘do-over,’ I would have taken my financial future more seriously much sooner. I eventually learned the right lessons, but I long-courted the deadly twins — ignorance and immediate self-gratification. Thus, I forfeited my best financial friend — time. Now time is my unforgiving and fleet-footed competitor, and it is only by doing considerably more of my late-learned lessons that I am able to maintain a winded, yet hopeful, pace.”

Start investing! If that seems far easier said than done, a couple of practical steps you could take include:

Several Vanguard readers regretted using tax-deferred investment vehicles such as a traditional 401(k) or IRA instead of a tax-free vehicle such as a Roth IRA.

“In addition to being diversified in asset classes, I should have also been diversified in tax types — i.e., most of my funds are in a 401(k) … so now everything I withdraw is taxable.”

“The mistake I made was not converting my IRA to a Roth IRA in the 1990s. I thought the taxes for the conversion were too high. The result is that we are paying a higher tax rate now because the RMD (required minimum distribution) has raised our tax bracket and has increased our Medicare premium considerably each month. It has been an expensive lesson.”

Consider a Roth IRA or 401(k). Generally speaking, a Roth works best for younger people who are in a relatively low tax bracket. However, even for older, better-paid people, consider splitting your retirement contributions between a Roth and a traditional 401(k) or IRA. (See also: 401K or IRA? You Need Both)

Not developing a compelling vision for retirement

Several readers said their retirement planning was mostly about money. They wish they had spent more time thinking about how to use their time in their later years.

“Don’t just assume you’ll enjoy relaxing after working for many years. Your job was a large part of your identity and you need to have a plan to fill that in with something else!”

Think about an issue you care about and how you might be part of the solution, whether through volunteer work or maybe even a business you start.

In her book, Life Reimagined, Barbara Bradley Hagerty summarizes countless studies about how to move effectively from midlife onward. She said the research is clear: Being part of a cause that matters to you increases happiness and even extends life.

Being intentional about avoiding these three common retiree regrets should give you greater confidence and peace of mind that you’re on track toward a financially comfortable, meaningful retirement. And that could go a long way toward helping you dodge one other very common regret among the elderly: having spent too much time worrying.