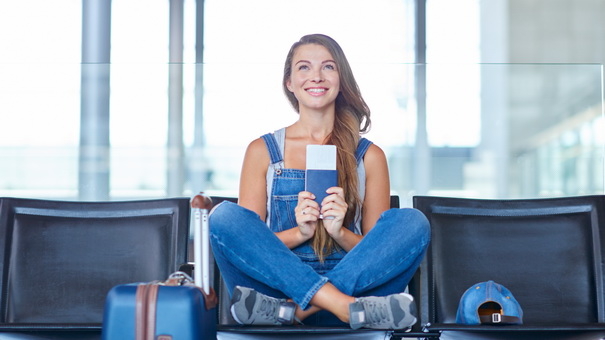 When you’re a beginner at traveling for free using miles and points, it makes sense to think of each program as a separate entity. Want to fly for free on American Airlines? Get some American AAdvantage miles. Want to stay at a Hilton for free? Start saving up Hilton Honors points.

But once you’ve mastered the basics, you’ll find that limitless opportunities arise when you start mixing and matching your programs, and adding in points from banks or credit card issuers, which can be traded for a variety of point types. When you start doing this, you not only gain more flexibility, but sometimes you’re able to take advantage of deals and bargains that help you wring more value out of the points you have. (See also: Which Credit Cards Have the Best Travel Redemption Value?)

For example, I will soon be using British Airways’ Avios points to fly from California to Hawaii. Does British Airways fly from California to Hawaii? Nope. I’ll be flying on Alaska Air. Alaska is a partner of British Airways, and accepts Avios for flights. Why use Avios? Because each airline has its own ways of calculating how many points different flights cost, and British Airways’ system makes flights from the West Coast to Hawaii a better deal than I would get using Alaska Miles or other domestic carrier programs. Generally, booking a flight from the West Coast to Hawaii costs 12,500 Avios points each way, compared to 17,500 to 30,000 Alaska Airlines miles each way. Also, I happen to have plenty of Avios, but no Alaska Airlines miles. (See also: The Secret to Redeeming Travel Rewards With Airline Partners)

Here are the three main ways you can travel using points from different companies to get the best deal possible.

Use miles on a partner airline

The major airlines belong to large partnership programs. For example, United Airlines belongs to the Star Alliance, allowing its MileagePlus members to use or earn United miles on 26 other airlines, including Lufthansa and Singapore Airlines.

Sometimes these mileage partners show up when you search for flights to book on an airline site, so you might not even notice that you’re flying a partner airline until you get to the airport. Other times, you need to work a little harder. For my flight to Hawaii, for example, I will have to make the reservation by phone, because Alaska Airlines flights don’t show up on the British Airlines booking site.

Besides helping you get a good deal, this method can help you use your miles to access routes or destinations that aren’t served by the airline with which you hold the miles. For example, last year I wanted to fly direct from San Francisco to Sydney, Australia. I had accumulated a lot of American AAdvantage miles, so that’s the “currency” I wanted to pay with. American doesn’t fly to Sydney from San Francisco, but its partner Qantas does, so I used my AAdvantage miles to fly Qantas. (See also: Which Airline Loyalty Program Has the Best Value for Their Miles?)

Transfer points from one program to another

Before you start converting points, check the conversion rate carefully. Most of the time it’ll be 1:1, meaning one credit card reward point can be converted to one airline mile. But other times, it might take two credit card rewards point to get one airline mile. Sometimes this is still going to be worth it to you, because that airline is the only one that will get you to your destination. But other times, it’s better to consider another option that does give you a 1:1 ratio.

However, another scenario is when you get a better value than 1:1. Some programs will give you a bonus for transferring your points. That’s why it pays to shop around when choosing a travel rewards credit card.

What if the airline you want to fly doesn’t have a partnership with the points program you want to use? All’s not lost. You can arrange a double transfer. A what now? Well, imagine you have a bunch of rewards points, but it doesn’t transfer to the airline miles you want. But do a little digging and you notice that the credit card rewards program allows you to convert to a certain hotel program, which allows you to transfer those hotel points to its partner airline program, the very airline you want to fly. Unfortunately, many times this sort of double transfer will cause you to lose lots of value in your initial points. Especially since hotel loyalty programs generally have poor exchange rates. So consider the double exchange a last resort in most cases.

It’s always a good idea to search for a more direct strategy before resorting to a double transfer. Or if that sounds too complicated, try method three, below.

Credit card rewards programs have portals through which you can book flights on a variety of airlines (and hotels) using points. Usually, when going this route, your points will be converted to a discount on the cash price of the flight, and if you don’t have enough points, you can pay the remainder in cash.

The value per mile you get when shopping through the airline portals is often a little less than you would get by redeeming miles directly through an airline, but there is also an advantage to doing it this way: The airlines see your booking as a cash purchase, not a miles redemption. This means that you’re not limited to the sometimes small number of award seats made available by the airlines, or by holiday blackout dates. Even better, when you book this way, you can earn miles on the flight. And some flights booked this way may be eligible for upgrades.

Sometimes, the credit card portals sweeten the deal. Because I hold a premium card, for instance, I got a points rebate for my flight purchase, reducing the total cost of the trip. My card also gives me five points for every dollar I spend on the portal, so between getting miles for flying, a points rebate on some of the points I spent, plus five points for every dollar cash I paid, I considered this a win/win/win.