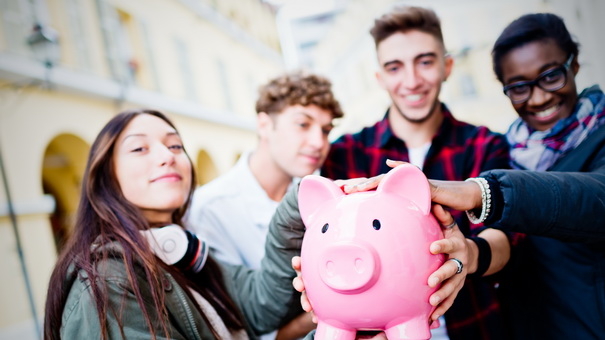 When you’re in your 20s, retirement seems pretty far in the future. But you might be surprised: The end of your working days isn’t as far away as you think. Even though you’re just starting out in your career, you should be taking important steps now to improve your odds of a financially stable retirement later. (See also: Retirement Planning If You’re Under 30)

Again, you might think as a 20-something that you’re too far away from retirement to worry about it. But saving as early as you can — like, right after you enter the workforce — can pay off big when it’s time to retire.

The easiest way to start saving early for retirement is to take advantage of your employer’s 401(k) plan. This plan allows you to set aside a percentage of each paycheck in a mutual fund. You contribute every week, and thanks to the magic of compounding, your retirement savings will grow more quickly the more you’ve contributed. Your employer may also match up to a certain percentage of your contributions. That’s free money you never want to leave on the table.

The goal, of course, is to have enough money saved that, with the help of other outside income such as Social Security payments, you’ll be able to live a happy and healthy lifestyle after retiring — one in which you won’t have to worry about money.

The faster you start putting money away, the easier it is to reach this goal. Financial analysts say you should put away at least 10 percent of every paycheck for retirement starting in your 20s. If you can put away more, that’s even better. (See also: 5 Dumb 401(k) Mistakes Smart People Make)

It’s an older study, but 2010 research from Temple and George Mason Universities discovered an interesting trend: If you get a raise early in your career, it can have a compounding effect on your salary for the rest of your working life.

The study used an example of a 25-year-old employee starting out with a $50,000 salary versus a $55,000 salary. Assuming a 5 percent annual pay raise, the employee who started out with an additional $5,000 would earn over $600,000 more during a 40-year career. Just think how far those extra funds could go toward saving for retirement.

The lesson here? Don’t be shy about asking your employer for a raise. You might not get $5,000, but even a small raise of $2,000 or $3,000 can pay off over time as you boost your earning power. It’s easier to save more money for retirement when you are earning a higher salary. That 10 to 15 percent you save from each paycheck will naturally be higher if those paychecks are larger. (See also: You Should Always Negotiate a Raise: Here Are 10 Reasons Why)

While it’s important to set aside money for retirement, it’s equally necessary to save money for an emergency fund. As the name suggests, an emergency fund is a pool of money, usually in a risk-free savings account, that you draw from when you need a quick infusion of cash to pay for unexpected events such as a new car transmission or medical bill.

Why does this account matter for retirement savings? If you don’t have an emergency fund, you’re more likely to cover financial emergencies with your credit card. This leads to a large increase in high-interest debt. If you’re then devoting too much money to paying down this debt, you won’t have as many dollars to put toward retirement.

Early in your 20s is a great time to start building that emergency fund. Financial experts recommend that you have at least six months’ to a year’s worth of daily living expenses saved in your emergency account at all times. Start building toward that goal now.

If you’re like many 20-somethings, you’re dealing with tens of thousands of dollars in student loan debt. The faster you pay this off, the better.

If you have any extra money, put it toward your student loan debt. Just make sure that your loan servicer is using this extra money to pay off the principal balance and not the interest.

The faster you pay off your student loans, the more money you’ll have for saving for retirement. Paying off your college debt might seem like a struggle now, especially when your income is lower, but in a few years, you’ll be thankful you did it. (See also: 8 Surprising Ways to Pay Off Your Student Loans)