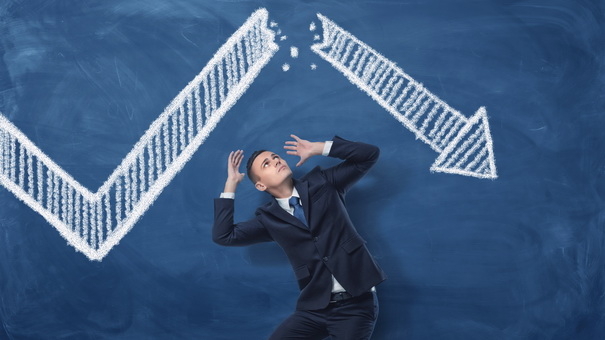 If you’re nervous about investing in the stock market, you’re not alone. Stock ownership in the U.S. is down, and a recent poll indicates that frightening memories of the last bear market may be to blame.

According to a Gallup survey, just 54 percent of U.S. adults own stocks, including those owned through mutual funds that people invest in via their 401(k) or other retirement accounts. That’s down from 62 percent who owned stocks before the last bear market. During that devastating downturn, which began at the end of 2007 and ran through early 2009, the market fell by more than 50 percent. In part, Gallup blames the decline in stock ownership on that painful, fearful time.

“It appears the financial crisis and recession may have fundamentally changed some Americans’ views of stocks as an investment,” the company stated on its website. “The collapse in stock values in 2008 and 2009 seems to have left a greater impression on these people than the ongoing bull market that has followed it, as well as research showing the strong historical performance of stocks as a long-term investment.”

If that sounds like you, here are some suggestions for overcoming your concerns. (See also: How to Get Over These 5 Scary Things About Investing)

1. Develop a healthy fear of not investing

If it’s safety you’re after, there are few safer places to put your money than a bank. Because deposits are insured by the Federal Deposit Insurance Corporation, you could put up to $250,000 in a bank account and rest easy knowing that if the bank went out of business, the federal government would make sure you got your money back.

While a bank account can be a good place to keep some savings for emergencies, right now many banks are paying just .01 percent interest, making them a horrible place to pursue long-term goals like retirement.

Let’s say you earn 7 percent interest instead. In 40 years, your $10,000 will have turned into $150,000. And 7 percent is a very conservative assumption since the stock market’s long-term average annual return has been 10 percent.

Many of the mistakes investors make are due to their emotions. If the market falls, some people get scared and pull money out of the market, usually to their detriment. A little knowledge of market history can help you stay the course.

Putting time on your side is also the key to surviving a significant market downturn. According to Morningstar, someone with $100,000 invested in the stock market at the beginning of 2007 would have lost nearly half that amount by early 2009. Brutal, right? However, if they had stayed invested, by January 2017 their portfolio would have been worth nearly twice its value on January 2007. Despite that horrible downturn, their average annual return over those 10 years would have been nearly 7 percent. (See also: How the Risk Averse Can Get Into the Stock Market)

If you have a chunk of money to invest but just can’t work up the courage to hit “buy,” consider investing a little at a time through dollar-cost averaging. The idea is very simple. Just take the total amount (let’s say $12,000), divide by the number of months you plan to invest (let’s use 12), and invest that amount at the same time every month ($1,000 per month).

If the market has a good month, your money will buy fewer shares. If the market has a bad month, your money will buy more. You never have to worry about getting the timing just right. By spreading your investments over a year a more, you minimize the risk of losing a lot of money through an immediate downturn. (See also: Is Dollar Cost Averaging the Right Strategy for You?)

Investment terminology can be confusing. Diversification. Asset allocation. What does it all mean? You can put these helpful concepts to work without qualifying for a job on Wall Street by investing in a super simple target-date fund.

Because they are mutual funds, target-date funds are inherently diversified — that is, the money you invest is spread out among multiple stocks, bonds, or other investments. And they take care of asset allocation decisions for you. That means they are designed with an appropriate mix of stocks and bonds for someone your age. They even automatically adjust that mix as you get older, tilting their stock/bond allocation more toward bonds to make your portfolio appropriately more conservative as you near your intended retirement date.

It’s understandable that the last bear market may have dampened your enthusiasm for the stock market. However, the market continues to offer most people their best opportunity for building wealth. The steps described above should help you wade back into the investment waters without fear.