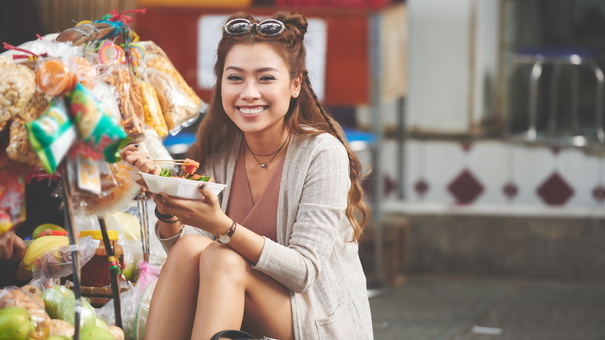 A familiar complaint from people returning from vacation is that in just a week or two, they’ve managed to pack on more pounds than they care to admit. Lazy afternoons by the pool, dining out frequently, indulging in treats on a daily basis, and enjoying a few delicious but calorific cocktails in the evening quickly adds up.

Eating healthily while on vacation is often a challenge, both from a mental point of view as we look to unwind and indulge, and from a convenience perspective — often high-calorie restaurant foods are the quickest or easiest options. Whether it’s true or not, there’s also a perception that healthy eating is inherently expensive.

So why not make it easier by choosing a destination where eating healthy is actually affordable? The cuisine in the following locations is naturally nourishing, and you can still enjoy eating out regularly, but completely guilt-free. (See also: Eat These 6 Foods to Stay Healthy While Traveling) 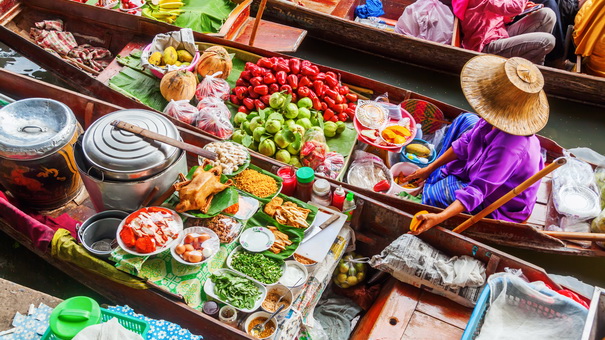 Thai cuisine is bursting with incredible flavors, packed with a heady mix of aromatic herbs, hot Chile peppers, and other ingredients that balance sweet, salty, sour, and spicy flavors. Most traditional dishes are made from fresh ingredients that are cooked and presented without fanfare. But despite this simplicity, the range of vegetables that goes into them means that they’re generally very nutritious.

Staple ingredients include lots of leafy greens, eggplants, and green beans, as well as rice and noodles, and proteins like fish, chicken, and pork. Fried noodle dishes like Pad Thai are common, but sometimes quite oily. However, stir frying is healthier than deep frying, and retains a lot of the nutrients in the vegetables.

Overall, Thailand is an extremely affordable country to vacation in, and in my experience, the low cost of food is a large part of that. Eating street food is a great way to keep your spending down, with dishes that are prepared right in front of you starting at around a dollar. Even if you head to midrange restaurants, you still won’t break the bank, as $5–$10 will get you a meal with a drink. (See also: How to Eat Street Food Safely While Traveling)

Tom Yum and other broth-based noodle soups are light, fragrant, and full of vegetables. Lots of meats and fish are available grilled and come with plain or sticky rice, and a side salad. Prepared exotic fruits like jackfruit, durian, mango, and pineapple make great snacks, as do boiled eggs dipped in fish sauce.

Curries like massaman and Thai green, red, or yellow varieties that are made with coconut milk tend to pack a lot of calories. Lots of Thai desserts are seriously sweet and laden with excessive amounts of sugar or drenched in sweetened condensed milk, like sticky rice and mango, banana pancakes, or Thai crepes. 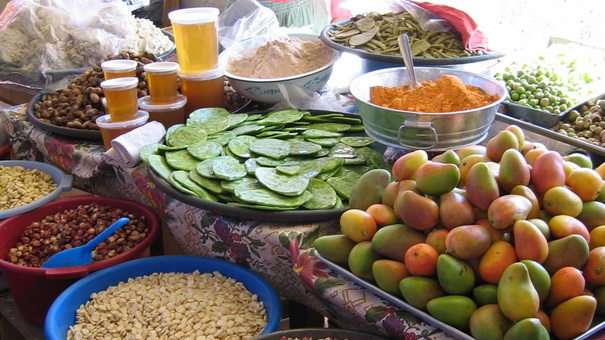 I heard the gasp. The common perception of Mexican food is that it’s deep fried, cheesy, fatty, and unhealthy. But there are two sides to Mexican cuisine that differ wildly in terms of how healthy they are for you. First of all, there’s the modern, American-influenced dishes that we’re all familiar with, like loaded tortilla chips and enchiladas laden with melted cheese and cooked with a large serving of oil. Then there’s traditional Mexican cuisine, which is colorful, varied, and nutritionally dense, focusing on fresh seasonal produce.

Beans, nopales (cactus), corn, rice, chiles, and avocado — the world famous superfood that originates from this part of the world — are all staples of a traditional Mexican diet. Traditional tacos are made from corn, which is considered a whole grain, rather than refined flour, and as a result are more nutritious. They also tend to be filled with only a small amount of meat or vegetables rather than stuffed full, and toppings will include salsa and guacamole instead of molten cheese and sour cream.

Street food here is also widely available and usually the cheapest option, with a meal costing no more than a couple of dollars. Good restaurants aren’t expensive either, with typical costs for a meal and drink coming in at just over $10. (See also: 7 Countries Where You Can Travel on $30 a Day or Less)

Pozole is a tasty hominy-based stew or soup that contains pork or chicken, and is served with fresh condiments, including radishes, cilantro, and lime. Quesadillas, gorditas, and huaraches are all variations on tacos that are topped or filled with anything from vegetables to seafood — just stick to the ones that aren’t fried. Snacks such as boiled or grilled corn, freshly cut fruits, and even air-popped popcorn are all widely available.

Flautas are tacos rolled up with fillings and deep fried until crispy — delicious, but high in fat. Lots of snacks like potato chips, plantains, and churros are all also deep fried and not the best options. 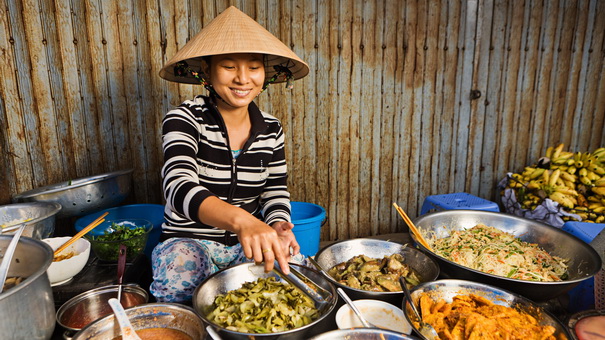 Vietnamese food has taken the world by storm over the last decade, thanks to its combination of fantastic flavors and healthy cooking techniques and ingredients. Much of the food tends to be cooked using water, either by steaming or boiling ingredients. This means frying is a relatively uncommon cooking method. Broths are a staple of the cuisine, particularly the delicious and aromatic noodle soup, pho, which is ubiquitous throughout the country with many regional varieties.

With influences from both Thailand and China, there’s a real mix of ingredients at play. Most dishes will be packed with fresh vegetables like spinach, cabbage, bamboo shoots, and Chinese broccoli. Flavor comes in the form of fresh herbs and spices that include Thai basil, mint, cilantro, star anise, and Chile, as well as fresh lime.

Many dishes at street stalls or local restaurants will cost just a couple of dollars, and even for meals at more expensive restaurants, you’re unlikely to pay more than $6–$7 per dish.

Pho or any of the noodle broths that you come across will be packed with nutrients and low in fat. Fresh spring rolls are stuffed with green leaves and raw vegetables, and aren’t deep fried like the spring rolls we’re more familiar with in the U.S. Bánh cuốn are pork and vegetable stuffed rolls with a casing made out of rice. They’re steamed, making them delicious and low in calories.

Bánh mì is a baguette, often made into a sandwich, which is heavy on carbs and best avoided. Bún chả is small patties of pork, grilled pork belly, noodles, and an oily broth to dip them in, and has a high fat content. 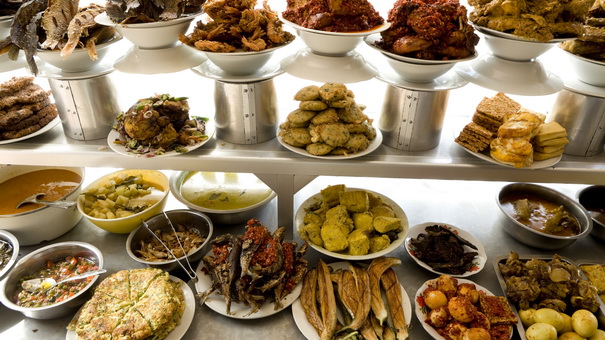 Indonesian cuisine is packed full of proteins, vegetables, and superfoods. The staple here is chicken and rice, but there are some delicious regional soups and salads as well.

Where Indonesia really shines on the healthy food scene, however, is in popular expat destinations like Canggu and Ubud in Bali. These towns have endless health food restaurants serving up everything from poke bowls and sushi, to barbecued fish and quinoa salad. The great part about eating healthy in Bali is that the cost of your meal rarely breaks $6.

Indonesian soups, chicken peanut sautés, and chicken and rice dishes. There are health food restaurants on nearly every corner in Canggu and Ubud, where you can get delicious and healthy international cuisine.