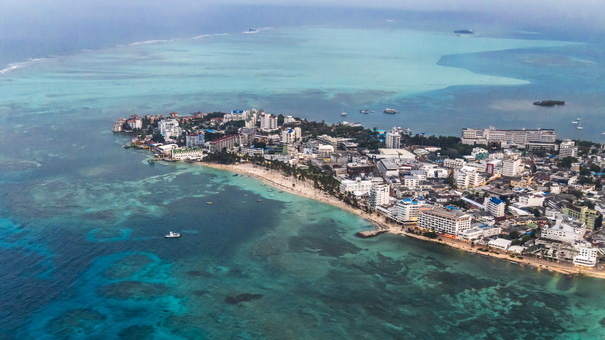 A relaxing getaway to a tropical island in the Caribbean is many people’s idea of heaven. White sands and turquoise waters, palm trees and blue skies, all topped off with sunshine for days on end. While this is generally a true reflection of the Caribbean for most of the year, come hurricane season it can be a different story. Many of the region’s most popular destinations are right in line for the annual battering, which starts in June and can last right through November.

It’s perceived wisdom that winter is the only time to take a break in the Caribbean, as that’s when the weather is best. But it also means that winter is the busiest time of year, and by far the most expensive to visit. The good news: there are a number of islands that actually lie outside of the hurricane belt, making them a great option for a summer vacay. (See also: 5 Overwater Bungalows You Can Book With Rewards Points)

Being outside of the hurricane belt does not make these islands immune to hurricanes, but they suffer far less frequently than the islands that lie within the normal hurricane path. Here are five Caribbean destinations that you can enjoy year-round. 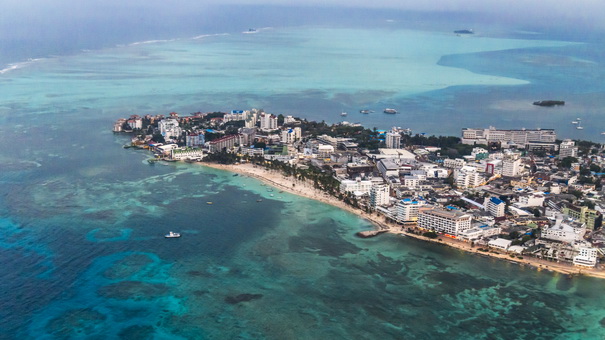 This little known Caribbean island is actually politically part of Colombia, despite lyng some 500 miles north of the mainland. But it’s this geographical positioning that means it sits firmly outside of the hurricane belt and remains largely untouched by the biggest storms. The average high is 86 degrees during the wet season, between May and November, with more cloud cover than the other months. You can expect around an hour of rain each day, which means there’s still plenty of opportunity to hit the beach and explore.

San Andres is a popular destination for Colombians from the mainland and it’s easy to see why. It’s blessed with numerous stunning beaches toward the east and north of the island where you’ll find calm, shallow, warm waters. It’s also a popular spot for water sports, with world class snorkeling around its stunning coral reef and great surfing breaks for everyone from beginners to experienced wave riders. 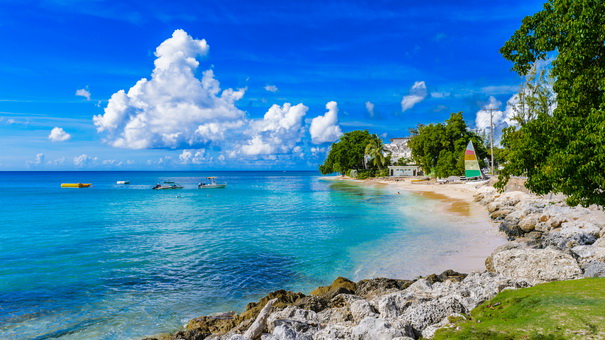 With over 3,000 hours of sunshine each year, it’s fair to say that the island of Barbados doesn’t lack for rays. Rainy season here lasts from June to October, and usually consists of short, hard downpours that dry up as quickly as they appear. High temperatures average at 85 degrees, but thanks to consistent winds, it remains bearable even during the hottest months. Hurricanes rarely hit Barbados directly, as it lies slightly to the east of the Caribbean chain, which tends to form the route the hurricanes follow.

While most people come to Barbados to enjoy the abundance of splendid beaches with their soft powdery sand and sweeping bays, there’s plenty more to do on this island than sunbathe. Visit historic colonial buildings, check out parts of the islands’ fascinating cave system, or go on a distillery tour in what many consider to be the birthplace of rum. There’s also a considerable night life with bustling restaurants and bars guaranteeing visitors a fun evening out. (See also: Caribbean Island Vacations Anyone Can Afford) 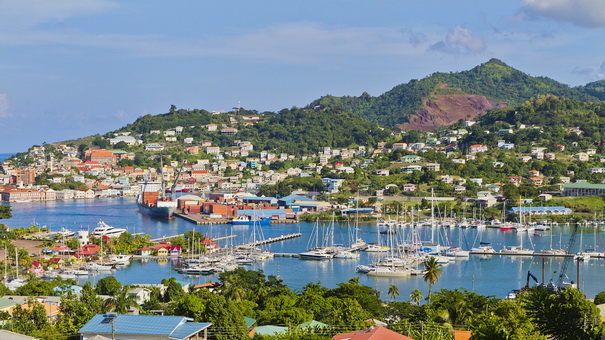 Grenada is positioned slightly south of the hurricane belt, which means it misses out on the most intense weather, with the majority of the yearly hurricanes passing it by. Rainy season here lasts from May to November when downpours occur in heavy spurts each day. Average temperatures land at a high of 86 degrees year-round, so whether you’re here in winter or summer, you’ll still benefit from lots of sunshine.

Nicknamed “The Spice Isle” for its production of nutmeg, Grenada is becoming an increasingly well-known tourist destination. Its most popular beach, Grand Anse, regularly makes the top 10 lists of best beaches in the world and remains uncrowded despite this. Go hiking in the rain forest among the lush green vegetation to discover some of the many waterfalls that dot the famously hilly landscape. 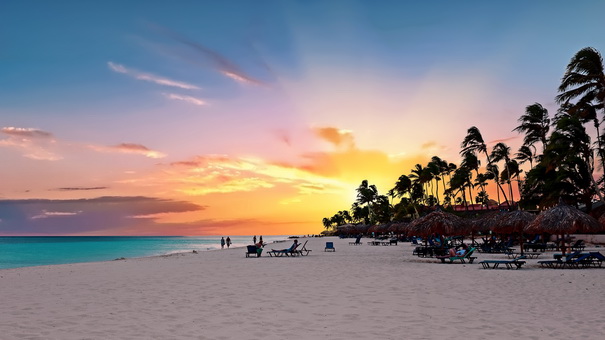 This tiny, virtually flat Dutch island is close to the mainland of Venezuela, lying just north of the Caribbean shores of South America. Because of its location in the southern region of the Caribbean, Aruba is generally safe from hurricanes and rarely gets hit head-on when they do occur.

The average high remains at 89 degrees year-round. Unusually for a Caribbean island, the rainy season occurs from October to January, and summer is the best time to visit.

Water sports are popular on Aruba with activities like kite surfing and deep sea fishing available for adventure lovers. Many people come here to snorkel and scuba dive thanks to a number of interesting shipwrecks that surround the island. Or you can enjoy romantic horseback rides along white sand beaches. (See also: 5 Affordable Caribbean Cruise Ports for Families) 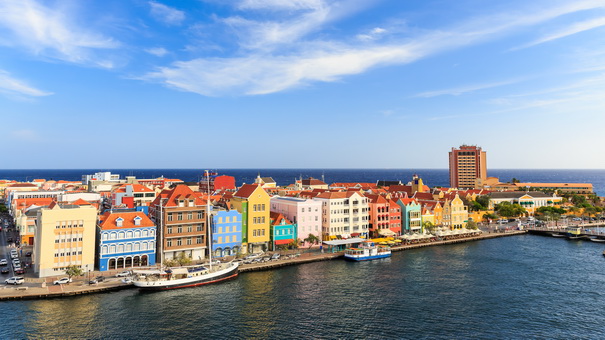 Curacao lies just 70 miles east of Aruba and shares the same benefits of being south of the hurricane belt. It’s average high of 88 degrees remains pretty constant throughout the year, even when other Caribbean islands are experiencing frequent downpours. As with Aruba, the wettest months are October to February, making summer an ideal time to visit.

Visitors can enjoy the cultural mix arising from Aruba’s Dutch colonial past that sits alongside its very Caribbean vibe. This is most prominent in its capital Willemstad where European buildings are adorned with brightly colored exteriors, a nod to both influences. Many of the island’s best beaches are in highly secluded coves, making them feel like secret hideaways where you can escape the bustling day-to-day life the island enjoys.