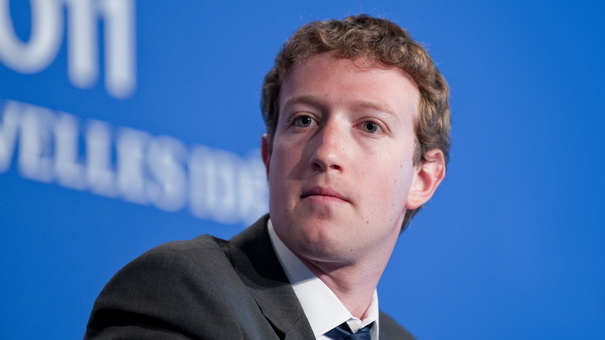 According to Forbes, there are 2,208 billionaires in the world today. And just 63 members of this elite group are under the age of 40.

1. More than half are entrepreneurs

Over half the billionaires on the under-40 list are self-made, with a majority being in the tech industry. Of course, people like Mark Zuckerberg of Facebook and Evan Spiegel of Snapchat made the list. So did the founders of Airbnb, Stripe, Uber, among others. But tech isn’t the only profitable industry. Several of the billionaires on the list are from manufacturing, design, and medical industries.

Not all of the world’s most wealthy pulled themselves up by their bootstraps. While many of the world’s youngest billionaires were self-made, there are also many who inherited their wealth.

Twenty-four-year-old Gustav Magnar Witzøe, heir of Norwegian fish farming company Salmar, amassed a net worth of $1.9 billion after inheriting nearly half the company from his father. Heiress Yang Huiyan is worth over $21.9 billion at only 36 years old after inheriting her father’s real estate development company in China. And Norwegian sisters Alexandra and Katharina Andresen — just 21 and 22 years old, respectively — each inherited 42 percent of their family-owned investment company, Ferd, for a net worth of $1.4 billion a piece.

3. Many of them left school to pursue their businesses

School was not the end game for many of the world’s youngest billionaires; their business was.

While enrolled in a product design class at Stanford, Evan Spiegel came up with the idea of Snapchat. In 2012, he officially dropped out of Stanford to focus on his growing app. Mark Zuckerberg dropped out of Harvard in 2005 to manage the ever-growing Facebook. Even some of the world’s more established billionaires, such as Steve Jobs and Bill Gates, all dropped out of school before they graduated.

This isn’t to say dropping out of school to pursue a business is the secret to their success: Many billionaires on the list hold at least a bachelor’s degree. (See also: 5 Jobs That Pay Over $50K and Don’t Require a Bachelor’s Degree)

4. They have multiple successful businesses

The world’s wealthiest often have more than one claim to fame. In fact, many of the youngest billionaires have worked on several notable and profitable projects on their rise to success.

Garrett Camp, mostly known as the billionaire founder of Uber, was well on the tech scene before he even started the rideshare company. He actually was the founder of StumbleUpon, which he sold to eBay in 2007 for $75 million.

Facebook’s third employee, Dustin Moskovitz, worked with Zuckerberg to launch Facebook out of their dorm room at Harvard. After they both dropped out of college, Moskovitz moved to California with Zuckerberg to focus on further developing Facebook. In 2008, Moskovitz left Facebook to start Asana, a project management software — though most of his $12.4 billion net worth comes from his small remaining stake in Facebook. (See also: What Small Business Owners Can Learn From Top Forbes Entrepreneurs)

Norwegian heiresses Alexandra and Katharina Andresen spend most of their time riding horses competitively. Airbnb billionaire Brian Chesky was a former bodybuilder, and 27-year-old Stripe founder Jack Collison prefers to spend his spare time running — a hobby we can all afford.

While many of these billionaires spend a majority of their time overseeing extravagant business operations, they still value taking time for their own interests and hobbies. That’s something we should all take to heart.