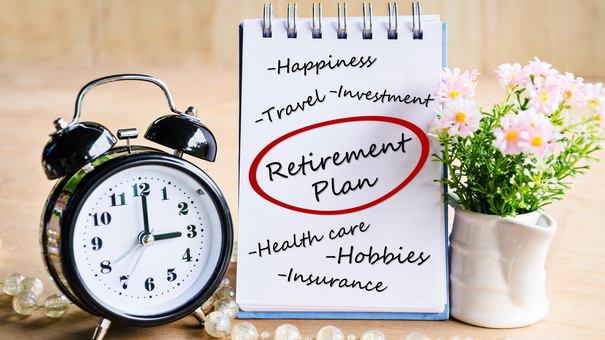 Retiring is an amorphous and complicated goal — which means retirement planning attracts more than its fair share of plausible-sounding myths. Unfortunately, these myths, misconceptions, mistakes, and misbegotten rules of thumb can seriously lead you astray on your path to a well-funded and fulfilling retirement.

Don’t fall for any of the following common myths about money in retirement.

1. You need $1 million to retire comfortably

This particular myth holds a unique distinction in that it is wrong in both directions: $1 million is both not nearly enough money for the retirement you’re dreaming of, and way too high a number for most people to achieve.

How is that possible?

On one hand, $1 million doesn’t go nearly as far as it once did. If you plan for a grand retirement that involves traveling, fine dining, entertainment, and general living-it-up, you will probably find that a $1 million nest egg will not cover all you want to do. In fact, depending on your cost of living and other circumstances, it’s entirely possible you could exhaust $1 million with relatively modest retirement spending.

The problem with this myth is that it is slapping a blanket generalization over a very idiosyncratic process — preparing for retirement. Instead of focusing on a nice, round number, calculate your best estimate of how much your own dream retirement will cost. Make adjustments to your dream or the number as necessary. (See also: How to Retire With Less Than $1 Million in Savings)

This myth actually has a specific start date. Financial adviser William Bengen proposed this rule in 1994 as a potentially safe withdrawal rate for retirees to make sure their money would comfortably last for the rest of their lives. He based his proposal on historical market data and predictions over where the markets would go in the next 20 years.

Here’s how the rule works: Historically, the rate of return on stocks generally hovers around 10 percent. That means a retiree can take 4 percent of their assets each year to live on, without ever touching the principal and still seeing growth each year. For a retiree with a $1 million nest egg, that means $40,000 would be available each year for living expenses, without ever dipping into the $1 million itself.

There is no problem with the 4 percent rule when the market is doing well. The problem with this rule is that it doesn’t work during market downturns. In 2008, the market saw a 30 percent decrease overall. Any withdrawals a retiree made during that time took a permanent bite out of their nest egg. Such a retiree either had to accept that permanent bite, or learn to live on less (or nothing) until the market bounced back.

This is why it’s a good idea to diversify so that you have some more stable and liquid investments you can count on in bad years, as well as long-term investments that can continue to grow (and recover) over time.

The average monthly Social Security benefit in 2018 is $1,404 — which is barely enough to cover basic expenses in most areas of the country. It is far better to consider Social Security a supplement to your retirement income than count on it for living expenses. (See also: 6 Smart Ways to Boost Your Social Security Payout Before Retirement)

4. Medicare will take care of your health needs

Something that comes as a nasty surprise to retirees is the fact that Medicare covers less than you might think — and health care in retirement costs more than you might realize.

Specifically, Medicare does not cover the following needs:

Of these coverage gaps, long-term care can be the most devastating because the costs for such care can add up so quickly. It is in part because of the cost of long-term care that Fidelity calculated the average cost of lifetime medical expenses for a 65-year-old couple retiring in 2017 to be $275,000. (See also: How to Make Sense of the Different Parts of Medicare)

5. Your taxes will be lower in retirement

One of the few benefits of no longer drawing a paycheck is the fact that you don’t have to see Uncle Sam take a cut from it. You may think that once you’re retired, all your money is yours free and clear, and the taxman will finally leave you alone.

It doesn’t quite work that way.

First, you are going to owe taxes on any money you take out from tax-deferred retirement accounts. Since retirees often have fewer federal deductions and dependents to claim, that means you could be paying a greater percentage of your income to taxes. And don’t forget that once you reach age 70½, you will have to take required minimum distributions, which means the size of your distribution (and therefore the size of the tax bite) isn’t entirely up to you.

In addition, depending on your retirement income, you may also owe taxes on your Social Security benefits. Altogether, it’s good to remember that the taxman always cometh for you.

The truth will set you free

The myths about money in retirement are generally more pleasant than the reality. But as tough as it may be to swallow the truth about how much you need, how much you can withdraw, and how much the government plans to giveth and taketh away, it is far better to be clear-eyed and prepared.