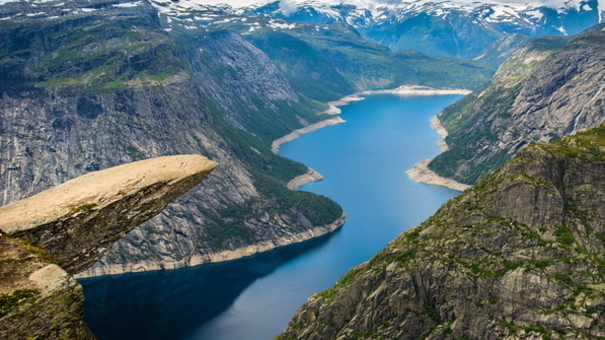 Many people’s bucket lists include visiting nature’s most impressive sites: the Grand Canyon, Victoria Falls, the Great Barrier Reef, and Mount Everest, just to name a few. But entrance fees can cut into tight travel budgets.

However, there are natural wonders that charge no entrance fees. These attractions are not man-made, they’re totally wondrous, and cost nothing to visit and enjoy. Of course, you’ll have to organize transport to and from the sites, but once there, you’re free to witness them without paying for a ticket. 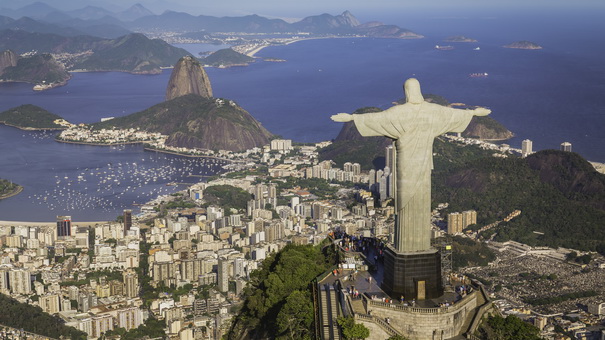 The harbor of Rio de Janeiro, also known as Guanabara Bay, is the second largest bay in Brazil, stretching 19 miles inland and over 17 miles across at its widest point. It’s dotted with islands and surrounded by mountains, including the well known Sugar Loaf Mountain and Corcovado Peak with its Christ the Redeemer statue (there is a cost to visit the statue).

The surrounding mountains provide spectacular vantage points to view the harbor from, and while the hikes to reach their peaks are challenging, the views far outweigh the exertion. Hiking up Pedra da Gavea (for experienced hikers/climbers only due to a technical section toward the top), Dois Irmãoes, or Corcovado will all give you panoramic views of the bay. 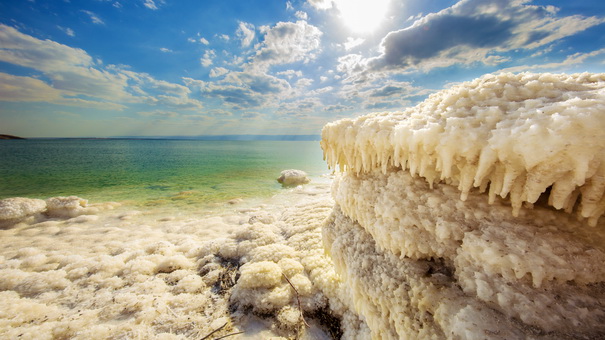 Despite its moniker, the Dead Sea is actually a giant salt lake that borders Jordan, Israel, and Palestinian territories. The other part of its name is quite accurate, though, and stems from the fact that virtually nothing living can survive in its waters. This is due to the high concentration of salt contained in its water, almost 10 times as much as found in the ocean, making it one of the saltiest bodies of water on earth.

Thanks to its high salinity, swimming in the Dead Sea is a strange and unusual experience. Rather than having to flap around to stay on the surface you can just lie back and let go. You’ll naturally stay afloat. Most of beaches at the Dead Sea are privately owned and charge a fee to enter, however there are also a number of public beaches that you can use for free (including my favorite, Herodus Spring). 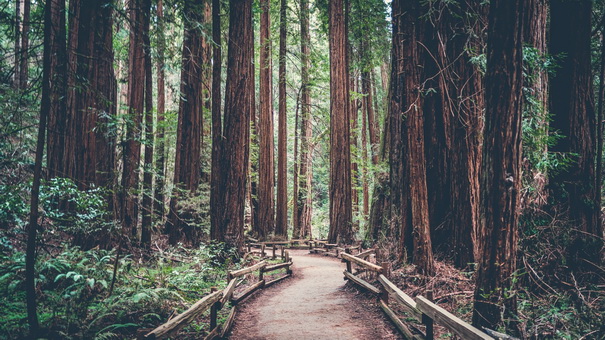 Redwood National Park in California is famously home to some of the tallest trees on the planet, which can grow to well over 300 feet tall and have a diameter of 30 feet. These trees used to grow abundantly across much of California’s coastline, but due to extensive logging over the past couple of centuries, their population has been significantly reduced. The remaining ones that lie within Redwood National and State Parks are now protected. While the state parks charge entrance fees, the national park is free to enter.

Some of the oldest of these redwoods have been alive for more than 2,000 years, though the average age is closer to 600. Standing under one, you are completely dwarfed and can barely see the top. The feeling is both humbling and magnificent. There’s plenty of wildlife to see as well, including elk, foxes, bears, and cougars on land. Because it’s a coastal park, you can also catch sight of marine animals like whales and seals.

The world’s largest rain forest covers an area of around 2,100,000 square miles and crosses into the territory of nine South American countries. Though 60 percent of the Amazon rain forest belongs to Brazil, parts of it stretch into Perú, Colombia, Venezuela, Ecuador, Bolivia, Guyana, Suriname and French Guiana. It’s amazing not just for its vast size, but also for its incredible biodiversity, with one in 10 known species on the planet calling the thick entanglement of life their home. Running through it is the Amazon River, which at around 4,000 miles is the second longest river in the world, after the Nile River.

It’s definitely not advisable to go off on big independent excursions through the rain forest, but there are plenty of jungle retreats and hotels that allow you to experience the Amazon up close. You may have to pay for a hotel, but most access points don’t require an entrance fee. 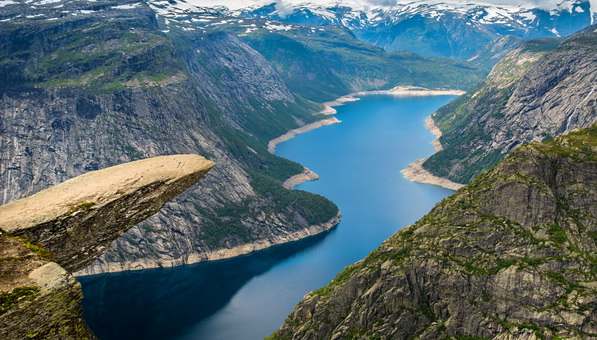 The spectacular Trolltunga overhang has been the star of adventurous travelers’ Instagram feeds for many years now, and seeing the photos it’s easy to understand why. Not only does the rock hang precariously over a 2,300 plus foot drop, but it overlooks some truly spectacular natural scenery. Lake Ringedalsvatnet sprawls out into the mountainous distance directly beneath the rock, whose name translates to “troll’s tongue,” thanks to its long flat shape. Daredevil visitors perch themselves on the edge of the overhang for an adrenaline rush captured with the perfect snap.

Thanks in part to Norway’s right to roam rules that allow you to go virtually anywhere without restriction, you can hike to Trolltunga and even camp nearby for the night at no cost. Bear in mind that it’s a challenging 10–12 hour round trip hike, so you’ll need to be in decent shape, as people get caught out each year and have to be rescued. Your personal safety when you reach Trolltunga is also entirely up to you because there are no barriers or guards present.