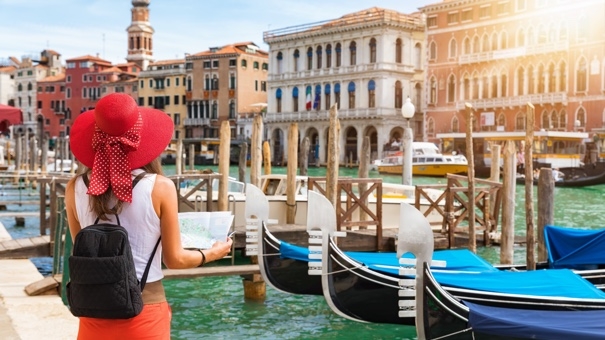 If you think all travel booking sites are the same, and they offer indistinguishable packages at identical prices — think again. While many of them appear similar and offer comparable deals, they each have subtle differences that provide benefits. Which one is right for you will largely depend on the type of travel you’re trying to book and your flexibility.

One of the best ways to save money, time, and hassle when booking a getaway is to opt for an all-inclusive bundle. These can include a combination of hotel, flights, and car rentals, and sometimes even attraction entrance passes. For this type of package, there are certain sites and stores that are guaranteed to present you with some great bargains. Here are five sites to book cheaper travel packages.

Costco isn’t just a chain of warehouses where people load up on wholesale goods at bargain prices. They also have an in-house travel agency called Costco Travel that you can use to find deals on cruises, hotel stays, rental cars, and also full vacation packages. They use the buying power accrued from being one of the largest retailers in the world to negotiate big savings on vacations for their customers.

As with their stores, you have to be a member to access Costco’s travel deals. A standard yearly membership is $60. However, you’re still able to search without being a member, so you can check out the deals before committing. An added benefit of Costco packages is that many come with complimentary amenities that can range from credit to be redeemed at the resort to multiday attraction passes, so you’re getting even more bang for your buck.

While you can book flights, hotels, car rentals, cruises, and activities individually on Expedia, you can really score good deals on this site with travel packages. They have a specific option to “Bundle and Save” that allows you to bundle bookings for any combination of flights, hotels, and car rentals. Not only does this save you the time and hassle of having to organize all of these elements separately, it also enables you to save money.

The interface is really user-friendly, and rather than offering preset bundles, it allows you to build your own package with numerous options at each stage. They also have a selection of what they call “Unreal Deals” that are usually exceptional value packages where you might get the cost of your airfare covered completely from the savings. At each stage of the process, you can see exactly what the price is and the savings you’re getting from bundling your package together. (See also: 10 Flight Booking Hacks to Save You Hundreds)

At first glance, you might think Travelocity is remarkably similar to Expedia, with the search box on the front page looking almost identical. And you’d be absolutely right, as they’re both owned by the Expedia Group; so the interface, look, and feel of the two sites is almost indistinguishable. However, they’re actually run independently, which still allows and even encourages them to compete with each other.

The upshot of this is that while the search functions, the focus on bundled packages, and even the deals may be very similar, the prices might not be. Each company has access to the same metadata as the basis of their deals, but they negotiate with the partners separately, so it pays to use Expedia and Travelocity in conjunction when searching to see which has the best price for the specific package you’re looking for.

The site used to be famous for the “Name Your Own Price” feature that allowed you to bid on flights, hotels, and car rental deals by entering what you wanted to pay in a process similar to an auction. This has now been phased out, but Priceline still offers great discounts to be found on hotel, flight, and car packages. Priceline’s site says you can achieve savings of up to $625 when you bundle your hotel and flight together.

They also have a feature called “Express Deals” that allows you to score great prices on hotel rooms, getting up to 60 percent off by purchasing them without knowing the name of the hotel. The reason for this is that hotels don’t want to advertise the fact that they’re making such big reductions. So while you can see general details on the hotel, like its star rating, general location, and amenities, you only find out its name when you actually book. (See also: 10 Surprising Ways to Save Money on Hotels)

Like the other sites on this list, CheapOair allows you to build your own travel packages to include flights, hotels, and cars. They call their package deals “Vacations” and can secure you fantastic savings by booking elements together instead of individually. But what sets CheapOair apart from the other booking sites is that they place a large emphasis on group bookings, and catering to large groups.

Most booking sites have a limit of around six adults, whereas CheapOair’s limit stands at nine. If you’re looking to book for even more people, you can get in touch with their dedicated team of travel agents who will assist you with building the package you require. You can do this by giving them a call directly. (See also: How to Tell If Your Vacation Package Is a Good Deal)

Pearlandrig - Why You Need A Genuine Ostrich Leather Handbags

Marvindes - The 5 Best Board Games for Children

SanAntoniorig - Why You Need A Genuine Ostrich Leather Handbags