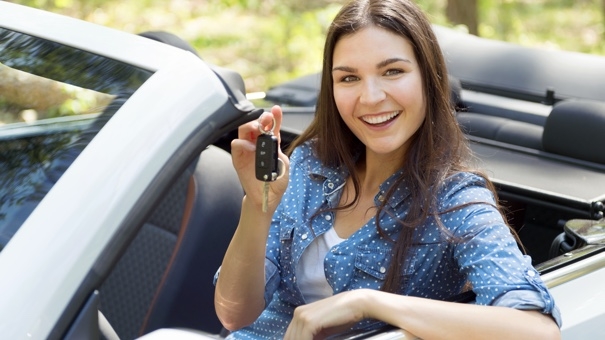 It can be easy to forget that the things you own will someday need to be replaced, particularly big ticket items. There’s a certain sense of finality about owning an appliance, vehicle, or piece of furniture that may make it seem like you’ll never have to worry about getting another one again. But there is a finite lifespan for everything, and ignoring that is how stressful financial emergencies can surprise you. If you haven’t thought about the fact that your aging refrigerator will eventually need to be replaced, you won’t be financially prepared when it finally gives up the ghost.

That’s why it’s a good idea to know the average lifespan of every big-ticket item you own, so you can plan ahead for when you will have to replace them. Here’s what you need to know about when to replace your most expensive durable goods, and how you can save up for these replacements without stress.

Even if you plan to drive your car until the wheels fall off, there will likely be a point at which you face the difficult question of whether to repair or replace your vehicle when it begins showing signs of age. In general, you can expect to get no more than 10 to 12 good years out of your car, and replacing it with a good quality used car can set you back as much as $15,000 to $20,000. And this is assuming your car has no major problems and you never get into an accident prior to the 10-year mark.

If you have a car payment, it’s a good idea to continue to pay yourself the amount of that payment each month after you have satisfied the loan, so that when you inevitably reach the end of your car’s life, you’ll have money for a new set of wheels.

While the myth that your mattress doubles in weight every eight years from the accumulation of dead skin, sweat, and dust mites is touted specifically to sell mattresses, it is true that your mattress does need to be replaced after a while. Depending on the mattress manufacturer, you should expect to replace your mattress every eight to 10 years. The true indicator that you need a new mattress is the quality of your sleep. If your aging mattress feels uncomfortable and you wake up sore and poorly rested, it may be time to buy a new one.

We’ve all had the experience of being swallowed up by a fraying couch that has lost its structural integrity. But how long does it take a sofa to go from a comfy spot to watch TV to a black hole that seems to consume your guests?

The average life of a couch purchased today is between seven and 15 years. According to ForRent.com, the average sofa-buyer spends just over $1,000 for a new couch, although you can generally expect a longer lifespan the more money you spend on your couch initially.

To be ready for a new couch in seven years, you’ll only need to set aside about $12 per month.

According to This Old House, the average gas range can last about 15 years before needing to be replaced, while refrigerators have an average lifespan of 13 years, and dishwashers and microwaves are generally ready for retirement after nine years.

Costs vary pretty widely to replace each of these items, depending on the type and features of the new appliances you choose. However, according to Consumer Reports, the best-rated ranges cost between $1,500 and $2,000, while you can expect to pay between $600 and $1,200 for a good-quality new refrigerator, an average dishwasher will cost between $250 and $1,000, and a new microwave will set you back between $80 and $300, according to improvenet.

According to Consumer Reports, you can expect to get 10 years out of your washer and dryer before you need to replace them. Your water heater will give you about eight to 12 years of service before needing replacement. Your furnace should last about 15 to 20 years, while your central air conditioner should give about 10 to 15 years of service, according to This Old House.

No matter where your possessions are in their life cycle, you can start preparing for their replacement today by starting a replacement savings fund. Setting aside between $208 and $322 per month will have you ready to replace each of these items in time.

But even if there’s no way you can set aside several hundred a month to replace items that are currently working just fine, remember that any amount of money you can set aside each month will help keep the inevitable from being an emergency. Knowing that your possessions have a finite lifespan can help you prepare for the day when they will need to be replaced.