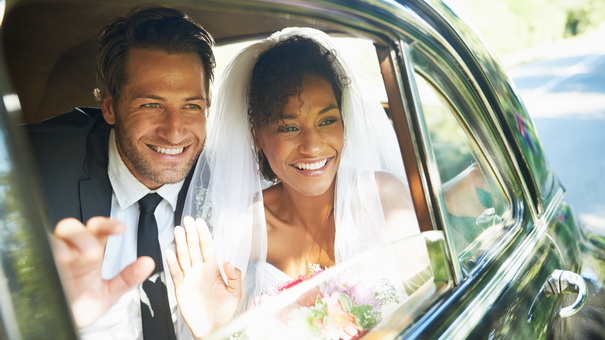 Prenuptial agreements are pretty standard when the rich and famous get married. Considering the amount of wealth these high-profile couples have, it makes perfect sense why prenups are as common as their giant engagement rings.

But what about us common folk? Are prenups a good idea for people without millions of dollars to protect?

Depending on your finances and relationship, a prenup might be a good idea for you and your sweetheart. Here are six reasons why people without multimillion-dollar net worths might choose to sign a prenup before saying “I do.”

1. If either of you have children from a previous relationship

As of 2013, 40 percent of new marriages include at least one spouse who has previously been married. Couples who have been down the aisle before are more likely to bring children into their new marriage, which adds a level of financial complication to their union. These parents often want to make sure children from their previous relationships will be financially taken care of in case of either death or divorce.

A prenup can help parents protect assets for their children, especially in terms of estate planning. For instance, state laws generally consider marital property to belong solely to a surviving spouse after one partner dies. A prenup could ensure that a portion of that property, or assets that the parent brought into the marriage, would go to the child of a previous marriage or relationship rather than the surviving spouse.

While wills can cover this same ground, having just a will that leaves your spouse less than an elective share of your estate (between one-third and one half) does not necessarily preserve assets for your children, since your spouse can make a claim against your estate for the elective share. Having a prenup that spells out what assets go to children of a previous relationship, along with a will that cements the terms of the prenup, will be a much more solid method of protecting your children.

2. If either of you has a great deal of debt

We tend to think of prenups as being a way of protecting our wealth, but they can also protect you from your partner’s debts (or vice versa). If you are entering into a marriage with a great deal of individual debt, a prenup can delineate who has responsibility for the debt payments during the marriage, as well as how the debts will be handled in the event of a divorce.

3. If either of you is an entrepreneur

Figuring out the specific valuation of assets, such as closely-held business interests or stock options, can be tricky. These things can cause a messy delay in the event of a divorce. If either spouse is an entrepreneur or small business owner, drafting a prenup that spells out exactly how these kinds of assets will be valued will save you a great deal of heartache, time, and lawyer’s fees if you ever need to split them up in a divorce.

4. If either of you plans to get an advanced degree while the other works

It’s common for one spouse to financially support the family while the other gets an advanced degree or other higher education. The problem with this division is if the marriage does not survive.

A couple who knows that one partner will work to support the family while the other goes to school may want to draw up a prenup that will make sure both of them will be financially OK if the marriage does not last.

5. If either of you plans to be a stay-at-home parent

A spouse who stays home with the children may not be bringing in a salary, but he or she is certainly saving the family money. According to a 2016 Salary.com estimate, stay-at-home parents are saving their families over $143,000 per year by doing all of the work that would otherwise have to be contracted out.

Unfortunately, there is no real way to quantify those cost savings if a marriage dissolves, which can leave the non-paycheck-earning parent at a distinct disadvantage. A prenup can do a great deal to protect both of the spouses.

6. If you live in a community property state

In the nine community property states, which include Arizona, California, Idaho, Louisiana, Nevada, New Mexico, Texas, Washington, and Wisconsin, everything purchased during the marriage is split 50/50 in the event of a divorce, no matter who made the purchase.

For most couples in these states, there is no problem with the community property laws. However, suppose one spouse purchases property on her own during the marriage? For instance, a real estate developer marrying someone outside of the real estate business might use her own funds to purchase properties as part of her business, even after they are married. If the developer wants to make sure those properties remain under her control should the marriage dissolve, then a prenup would be a good idea to protect that property.

Making sure your prenup is mutually beneficial

There is a stigma to prenups, which is part of the reason why they are often seen as just being for the uber-wealthy. We tend to think of them as proof that spouses are not committed to their relationship.

However, a prenup should be mutually beneficial, and it can be a way for you and your beloved to show your commitment to each other. You should both be satisfied that you will each be taken care of in case life doesn’t turn out the way you planned.