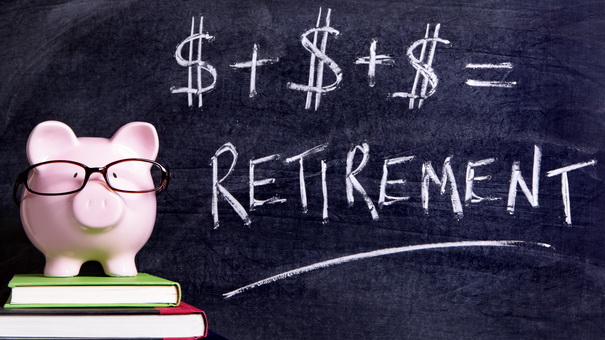 That additional $500 may not seem like a lot, but you should try and hit the new maximum if you can. Maxing out your 401(k) is often the best way to accumulate a healthy sum for retirement, and there are great tax benefits as well.

If you’re on the fence about whether you need to direct another $500 into your 401(k), consider these arguments.

1. It could net you tens of thousands of dollars

It’s not easy to contribute $18,500 annually into a retirement account. But if you can do it, that extra $500 each year can really pay off. Let’s say you’re 30 years old and plan to retire at age 65. Assuming a conservative 7 percent return, that extra $500 annually could mean an additional $74,000 overall. If you start contributing that extra $500 starting at age 25, and keep doing it for 40 years, the difference is $106,000 over time — more than an entire year’s worth of living expenses for many people.

2. It’s more money for you and less to taxes

If you have $500 in income available, that’s money that the IRS will get a share of, unless you place it in a 401(k) plan or traditional IRA. Any money you contribute to these retirement accounts is deducted from your taxable income. If you are in a high tax bracket, that $500 could actually just represent about $300 in your paycheck. If Uncle Sam would take that much anyway, why not invest the whole amount instead?

If you are at the maximum contribution now, you can find a way to hit the new ceiling. Eat out less. Ditch the morning coffee. Quit that gym you never go to. If you break down $500 over the course of a year, it comes out to less than $42 a month — or barely $10 a week. That’s the cost of a mediocre lunch out. Even the smallest amount of belt-tightening can help you hit this goal, and it’s probably not money you’ll notice. But you’ll notice it later at retirement time.

4. You may have already maxed out your IRA

If you’ve been placing money in an individual retirement account (IRA), you may be aware that contribution limits are lower than 401(k) plans. People under age 50 are permitted to contribute only $5,500 each year to an IRA, and it’s not uncommon for people to hit that maximum. If your IRA is maxed out, having permission to place an additional $500 in a 401(k) is a huge bonus.

We should be thankful that in 2018, the 401(k) contribution limit is rising. That’s because some members of Congress have suggested that the limit could be drastically reduced in the future as part of tax reform. Thankfully, it seems like discussion of such changes has been tabled, but there’s no guarantee the idea won’t be resurrected in the future. In the meantime, it’s a good idea to contribute as much as you can.

6. Where else are you going to put your money?

If you have $500 a year to spare, the stock market may be the smartest place to put it. Interest rates are still very low, so placing it into the bank would only result in a few bucks each year. And very few other investments offer the same kinds of consistent returns as stocks. Unless you plan to use the money to purchase a home or start a business, you likely won’t do much better on a consistent basis than — or get the same tax advantages of — investing in stocks in a 401(k).

phyllook - Why You Need A Genuine Ostrich Leather Handbags

olidec - Why You Need A Genuine Ostrich Leather Handbags

I feel this is one of the so much significant information for me. And i...