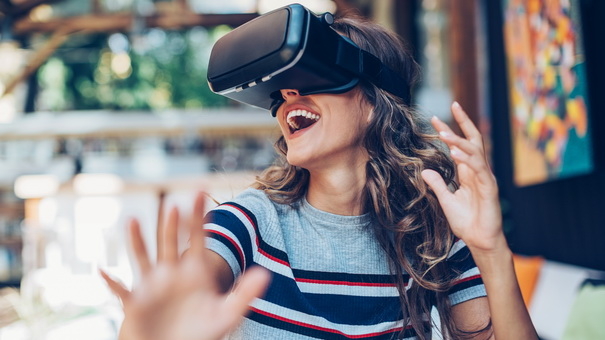 Consumers now have thousands of computers, tablets, e-readers, phones, game consoles, and other gadgets to choose from. Unfortunately, technology marketing teams have a frustrating history of creating misleading marketing campaigns — from the commercials they create to the facts listed on product listings. Here are eight misleading marketing gimmicks to be aware of before you purchase any new tech toys.

The new PlayStation has been marketed as a new 4K gaming experience. Despite the marketing claims, developers have begun to admit that the console doesn’t have the processing power to render a true 4K image. Instead, the PS4 Pro fills in half of the required pixels for a 4K image (like a checkerboard) and utilizes an algorithm to fill in the missing pixels for a 4K screen, which will still result in a high definition gaming experience, but not technically 4K.

The PS4 Pro will be close enough to 4K image that most gamers won’t be able to tell the difference. Mislabeling the PS4 Pro as 4K isn’t malicious, but it’s still indicative of an industry that continually oversells image quality as true 4K.

Video games, every once in awhile, mislead gamers about the quality of the graphics. Gamers awed by the trailers, purchase the game, and then are disappointed by the poorer-than-advertised image quality. Game marketers hoodwink gamers in two ways: pre-rendered images and cross console game images.

No Man’s Sky has come under fire (and an investigation by the UK’s Advertising Standards Authority) for using concept art and pre-rendered footage to advertise their game in a manner that over-exaggerates the graphics.

Available memory is an important aspect of many purchases. Is 8GB enough? Or would a 32GB device be better? Each consumer needs to make an educated decision which device best fits their needs. The problem is that tech manufacturers often choose to not advertise how much of the memory has already been used by preinstalled software and hardware.

How big can the discrepancy between advertised and available storage be? In the past, Apple iPhones and iPads had 20 percent less storage space than advertised. And in one case, one of Microsoft’s tablets had less than half of the advertised storage space.

Before you purchase a new device, check user reviews for the product, and the product listings on Amazon, as the site tends to list both overall and available memory.

Laptop manufacturers rarely advertise a realistic battery estimate. Major tech companies have fallen into a maddening habit of unrealistically tweaking power tests to skew the results far higher than most consumers can expect.

Users might get the projected battery power out of the laptop if they dim the screen far lower than comfortable, increase battery power saving settings far higher than useful, and never play games or watch movies.

On average, laptop power projections tend to be two to four hours lower than what the company claims. If you’re in the market for a new computer, you can find out just how much each major computer company over-exaggerates their battery life by checking computer battery tests conducted by Which.co.uk.

The manufacturers of e-readers are slightly more honest (if you read the fine-print) about their attempts to mislead consumers about the battery power of their devices. Amazon’s Voyage’s specs at the very top of the page state the “battery lasts weeks, not hours.” At the very bottom of the page, Amazon reveals that it will only last weeks if it is used half an hour per day.

It’s not just Amazon. Barnes & Nobles advertises that their NOOK GlowLight Plus has “weeks of battery life” and later reveals the 30 minutes of reading time per day formula they used to come up with the number.

6. E-readers cause “no eye strain”

Amazon has claimed for years their Kindles don’t cause eye strain. Recently they softened their claim by advertising their newer Kindles can be read for hours without eye strain.

It’s true that the Kindle is slightly easier on the eyes in some circumstances, but it won’t necessarily eliminate the chance of eye strain after hours of reading.

The New York Times explains that e-readers can be great in bright settings but cause strain in dark settings due to E-ink low contrast ratio and the backlight on the screen. An e-reader can eliminate some eye strain, but integrating breaks into your reading binges every 20 to 30 minutes is a far more useful method.

Are you tired of meticulously monitoring your data consumption each month? Phone companies have an answer for that pesky problem. Just sign up for an unlimited data plan.

These plans sound wonderful, but the reality is slightly less than ideal. For example, Verizon’s plan only ensures 4G LTE service for the first 22 GB of service. After that, they can decrease your speed of service. Other networks offer similar caveats. T-Mobile, AT&T, and Sprint all have policies that allow them to decrease the speeds they grant individuals once they reach 22 to 28GB each month.

Think very carefully before signing onto an unlimited plan, the cost might not be worth the service offered. (See also: 15 Ways to Prevent Your Smartphone From Wasting Data)

A large portion of the marketplace offers simulated surround sound headphones and other gadgets that have two speakers and utilize internal and external amps that turn stereo sound waves into a surround sound experience.