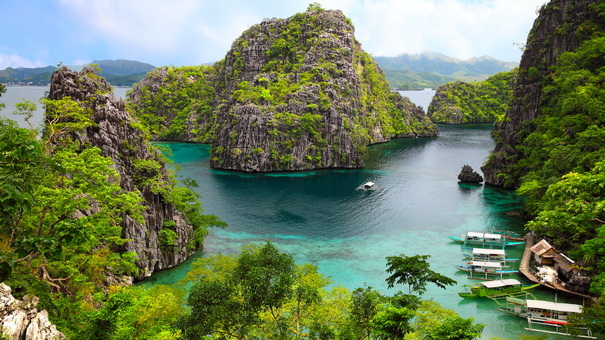 The dollar is weaker in general than it has been in some time. In 2017, the greenback recorded its first drop in five years against the basket of currencies that make up the U.S. Dollar Index: the euro, Japanese yen, British pound, Canadian dollar, Swedish krona, and Swiss franc.

That trend looks set to continue over 2018, with analysts predicting further decreases throughout the year. While a weak dollar is great for U.S. companies selling to overseas markets, it’s bad news for many travel lovers looking to head overseas. Put simply, you’re likely to get less when you exchange your dollars into the local currency.

The euro and the Chinese yuan, in particular, are two currencies that have seen huge rises over the past year, meaning now’s not the best time to visit these regions. Despite this general trend, there are some countries where the dollar has either continued to make gains or maintained its former strength and will still give you great bang for your buck. Here are nine places to travel in 2018 where the dollar is still strong. (See also: 5 of the Safest Countries to Visit in 2018)

*All exchange figures have been taken from XE Currency Charts, a trusted authority in currency exchange. 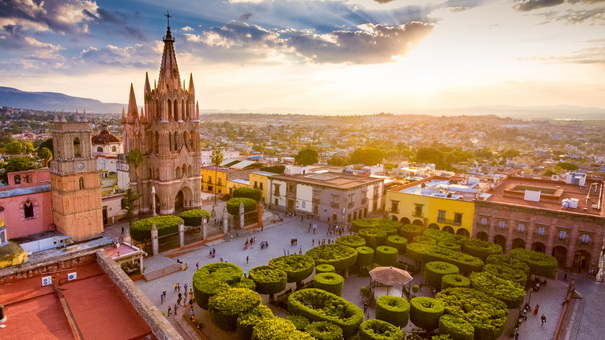 Mexico has always been a go-to for American vacationers on the lookout for bargains, thanks to its convenient location and relatively low cost of living. It’s also a stunningly diverse destination perfect for city breaks, beach holidays, adventure getaways, and everything in between.

While a decade ago a dollar would have bought you around 10 Mexican pesos, today you’ll receive almost double that. Though 2017 saw unbelievable highs of over 21.5 MXN at the exchange booth, current rates of over 18.5 still mean your dollar will go much further than in years past. (See also: 7 Countries Where You Can Travel on $30 a Day or Less) 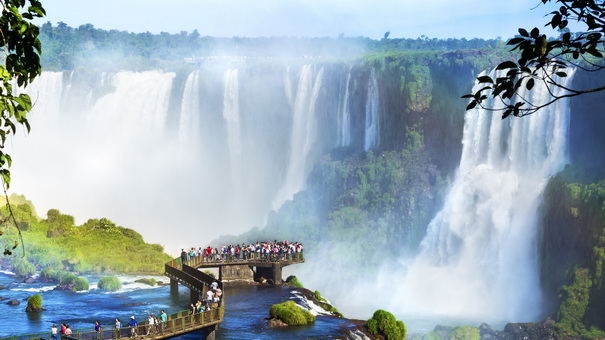 Argentina makes a fascinating travel destination, boasting some of the best wine and beef in the world, as well as the sensual tango dance. That said, it’s not a place that’s always been associated with great value, particularly when compared to some of its South American neighbors.

Not so today, at least for travelers carrying U.S. dollars. The Argentine peso plummeted 34 percent against the U.S. dollar in 2015, and has continued to fall ever since. As of the time of publishing, you’ll receive more than 20 Argentine pesos per dollar, whereas 10 years ago you’d have only gotten around three. That gives you much greater purchasing power. (See also: How to Wisely Choose Your Next Travel Destination) 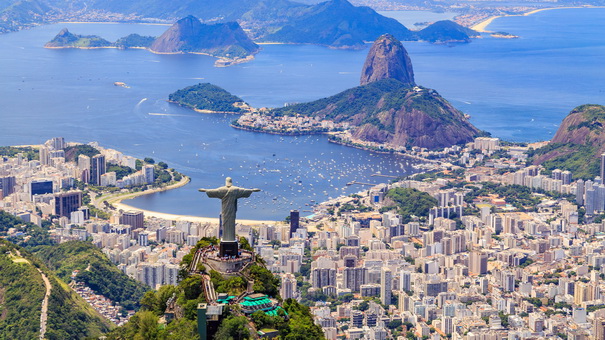 Brazil has a vibrant and colorful culture borne of a fascinating and mixed history that’s completely unique to South America. With a land mass that’s nearly as large as the United States, Brazil presents endless opportunities to explore some of the most exciting wildlife on the planet. It’s packed full of iconic attractions such as Rio de Janeiro’s Christ the Redeemer statue, a large chunk of the Amazon rain forest, and some of the world’s most famous beaches.

While a decade ago, Brazil was considered to be a relatively expensive destination, it’s become far more affordable over the past few years. The exchange rate has hovered above three Brazilian reals to the dollar since mid-2016, providing visitors with favorable exchange terms to explore this South American behemoth. 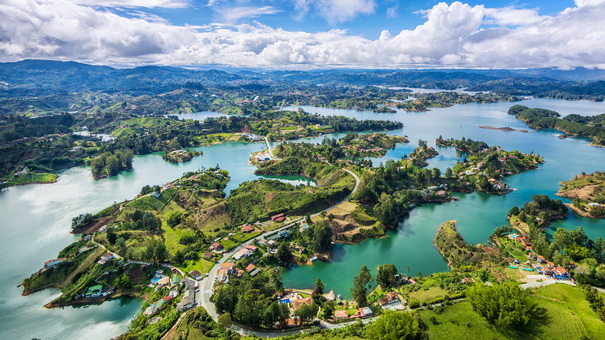 Colombia is enjoying a moment in the spotlight, having been touted as a must-see destination by numerous travel writers over the past few years. No longer widely considered a prohibitively dangerous country, visitors are beginning to discover a different place from the stereotypes often portrayed.

Since 2015, the U.S. dollar has been performing consistently well against the Colombian peso, and this year hasn’t seen any significant drop. The dollar’s been hovering at around 3,000 pesos. That’s a lot more value for U.S. travelers compared to the five years leading up to 2015, when it languished below the 2,000 peso mark. 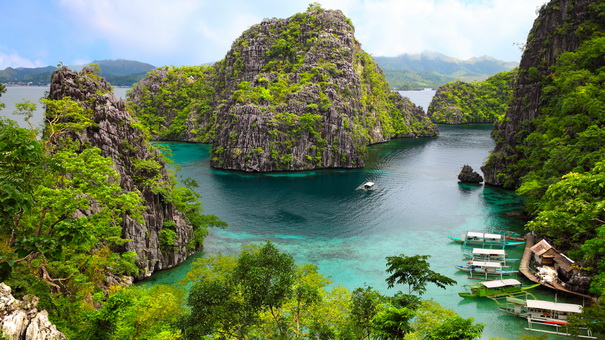 Made up of more than 7,000 individual islands, the Philippines possesses some of the most idyllic tropical paradises in Southeast Asia. White sand beaches, warm turquoise waters, and picturesque rice terrace landscapes are just a few of the reasons that it’s one of the most exciting destinations in the region.

The start of 2018 has seen the best exchange rates available against the Philippine piso in a decade, with a dollar buying you more than 52 pisos. That rate has been rising steadily since mid-2012 and doesn’t appear to show signs of slowing down anytime soon. 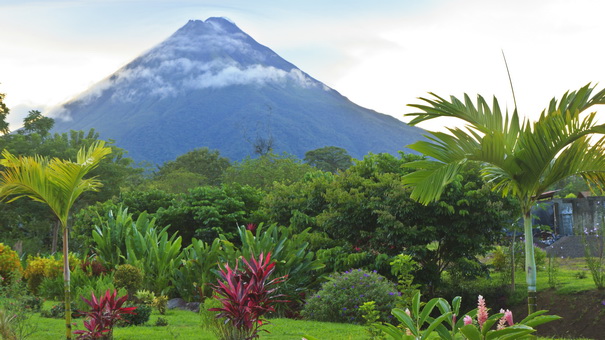 With stunning beaches on both its Caribbean and Pacific coastlines, jungles alive with eye-catching wildlife, and plenty of adventure to be had, the volcanic landscapes of Costa Rica are well known to visitors from the U.S. Not only is it a popular vacation destination, but there’s an established expat community here as well.

Since 2014, the dollar has been fairly steady against the Costa Rican colon, and now trades at about 570 colon to the dollar. Five years ago, $1 would have only gotten you less than 500 colon. (See also: 4 Overseas Wedding Destinations Anyone Can Afford) 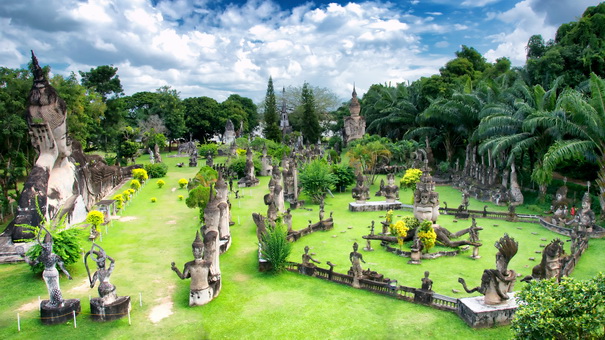 This Southeast Asian gem is one of the region’s most underrated destinations, which means it has been largely untouched by mass tourism. It may not offer the variety of neighboring Cambodia, Vietnam, and Thailand (in particular there are no beaches or islands). But there are swathes of lush, green jungle, an interesting capital city called Vientiane, and delicious cuisine on offer.

Since 2013, the strength of the dollar has steadily risen against the Laotian kip, meaning you’ll receive around 8,300 kip to the dollar. The dollar went as low as around 7,600 in 2013, so today’s figures give you a significant amount more. Rates have been holding pretty steady since the turn of the year. (See also: 6 Easy Ways to Get Free Travel) 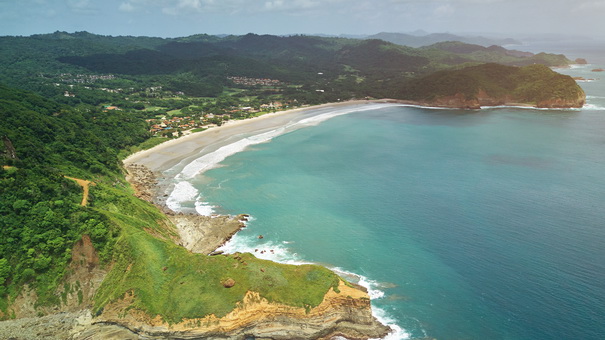 This Central American country has been developing a reputation as something of an adventurer’s paradise in recent years. Exciting outdoor adventures include volcano surfing, underwater cave diving, and activities like hiking, zip lining, and horseback riding. There are also numerous pristine beaches and beautiful colonial towns to be discovered.

Over the past decade, the exchange rate has risen steeply on a straight path in favor of the U.S. dollar. Ten years ago, you’d have gotten around 19 Nicaraguan córdoba to the dollar, whereas now you’ll get more than 30, with the trend seemingly only improving.