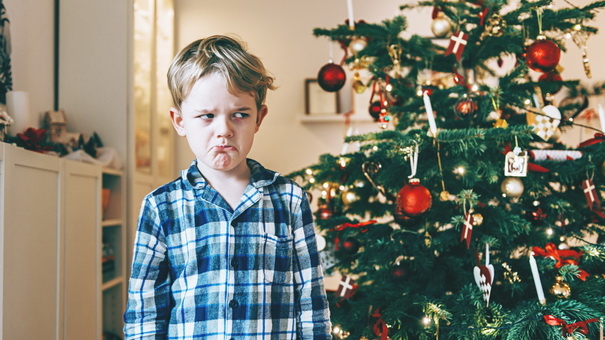 It’s something you feel like you just can’t avoid, and so you do it every year. The big holiday dinner. The one that, supposedly, everyone looks forward to. But do they really? Do you? For some, it can be an awful lot of stress. For others, the thought of those two particular family members in the same house, at the same time, is unbearable. Here’s a reminder of why the holidays aren’t always festive, and why you might consider opting out. (See also: 8 Ways to Relax Over the Holidays)

1. Do you really need two big dinners in two months?

Let’s start with the most obvious reason to skip the big holiday this year … there’s more than one of them.

Most Americans celebrate Thanksgiving, followed a month later by either Christmas or Hanukkah. Each one of those holidays is accompanied by a gathering of family and friends around some kind of feast. Why not skip one of them and put all the effort into the most important holiday for your family. When it comes to Christmas, people are so busy opening gifts and playing with toys that the additional feast on top can be a real strain. And with plenty of eateries open throughout the holiday season, you can either pop out for a meal, order in, or make something quick and easy. After all, it’s not really about the food, it’s the company. (See also: 6 Alternative Ways to Do Thanksgiving)

2. The clean up afterward is a pain

Large metal trays filled with grease. Pans caked in potatoes and gravy. A mountain of dirty plates, cups, and utensils. You’re going to be at the sink for hours doing all the rinsing, scraping, and preparation for the dishwasher. And even then, the chances of getting it all in one dishwasher load are slim. That means you’ll be back for a second round, after putting away the dishes from the first round. (See also: 10 Tricks to Keeping Your Kitchen Clean While You Cook)

Right now, if you’re celebrating Thanksgiving this year, you’re already making plans for the big dinner. You have ideas of what you’re going to make, and what the other guests will be bringing. There will be countless trips to the grocery store. You’ll have to get that turkey brined if you don’t want it to be as dry as a mouthful of sawdust. And let’s not forget about the scheduling to make sure everyone gets their dishes into the oven at the right time, and everything gets onto the table when it’s hot. There is a monumental amount of prep work involved in a dinner of this magnitude, and it can get even worse with issues like gluten sensitivities and other food allergies. (See also: You Can Throw a Fun and Affordable Holiday Party — Here’s How)

Who needs that kind of headache?

4. Who needs a political debate?

After a certain Donald J. Trump won a divisive election against Hillary Clinton, America has become fanatical about taking sides. Yes, politics is important to discuss to a degree, but should it break up families and cause screaming matches? The chances are, the more people you have in the room, the more heated the conversation will be. Fights are inevitable, even if you have a “no politics” rule at the table. So, skip the big dinner, and make it a more casual affair. Perhaps a buffet people can pick at during the day will make it easier to avoid certain topics — and certain grumpy uncles. (See also: 6 Conversation Tricks That’ll Get You Out of a Political Discussion)

We all joke about it to some extent. “Oh man…I am going to eat so much on Thanksgiving that I will literally turn into a giant pumpkin.” However, there is a serious side to this. According to the Calorie Control Council, the typical holiday dinner alone clocks in at a whopping 3,000 calories! That’s not including all the snacks, drinks, cakes, sweets, and other goodies people consume throughout the day. And let’s not forget, those Thanksgiving dinner recipes rarely include the healthy options. It’s all butter, heavy cream, bacon, fat, and other artery-clogging foods. The Calorie Control Council states that on the day, the average person will eat enough fat to equal three whole sticks of butter. Holy heart attack, Batman. (See also: 6 Vegetarian Thanksgiving Dishes That Hold Their Own With Turkey)

6. There’s no room to store anything

When you start prepping for the big day, you realize that space is a premium that’s consumed by a holiday dinner. The turkey alone can take up an enormous part of the fridge. Then there are all the extra fruits and vegetables, the cakes and pies, and enough snacks and candies to make the pantry door swell. You come home one day to find boxes of cookies overflowing onto the counters and the dining room table. You have to eat a bunch of food quickly to make space for more food that will be eaten on the big day. And get ready for that space to continue to be tight after the event, with all the leftovers and extra treats that people were too full to even touch.

7. Not everyone loves big holiday events

Like anything else in life, people have different ideas on what makes for a fun, entertaining event. For some people, these dinners are the opposite of happy. They may simply hate large gatherings. Or, they may be avoiding certain people for any number of reasons, only to be forced to sit around the same table with them for an evening. They may have other reasons, like the cost to attend, or the fact that they would much prefer to do something more intimate with just their immediate family. Why not send out a survey, that can be answered anonymously, asking the people you were planning to invite if that actually want to do it this year. You may be surprised at the results. (See also: 8 Friendsgiving Hacks That’ll Make Everyone Feel at Home)

8. Getting there can be expensive

The average cost of a Thanksgiving dinner that feeds 10 people is around $50, according the American Farm Bureau Federation. That’s a bargain right?! Well, that’s the cost of dinner, and yes, it’s cheap at $5 a head. However, the biggest expense for the holiday dinner for many people is the travel. Not every family is lucky enough to live 20 minutes from their relatives. Some have to drive across the country, staying in hotels and paying for many tanks of gas. Others fly, which as we all know includes not just the price of the ticket, but the baggage, seat selection, and check-in. If there is not enough room at the house, these people also have to shell out for hotel rooms, and perhaps a rental car. It’s perfectly OK to let your family and friends know that you’re watching your money this year, and cannot come. (See also: 11 Ways to Save on Holiday Travel)