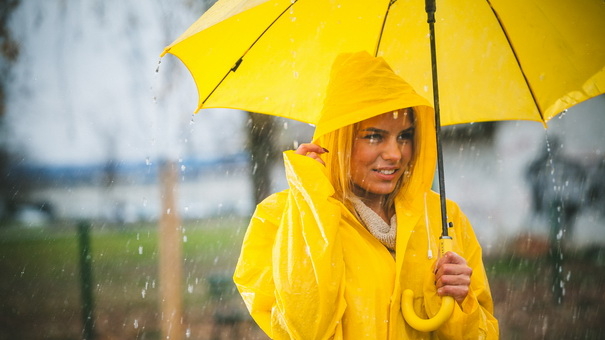 Whether you’re traveling for a much-needed vacation, a business trip, or just want to see family and friends, you cannot presume that everything is going to go off without a hitch once you reach your destination. While some issues are unavoidable (the hotel room isn’t ready, the rental car breaks down, someone gets sick), there are others that can be avoided if you pay close attention to travel advisories. These warnings are given days, or even weeks, in advance, and can save you time, money, and in extreme cases, can even mean life or death.

Weather is one of the easiest vacation issues to predict. Advances in meteorological science mean that weather experts can predict major problems with a reliable degree of accuracy. That means hurricanes, tornadoes, floods, torrential rain, extreme heat, blizzards, and even dangerous hail are literally on the radar for meteorologists.

If they warn you of these weather conditions before you are set to travel anywhere, rethink your plans. Extreme weather shifts like this can ground planes, cause car crashes, wipe out roads and buildings, and lead to serious injury and death. Don’t mess with mother nature; you’ll lose. (See also: 7 Times Travel Insurance Is Worth It)

Most of us are fortunate enough to live in a land of (relative) peace. It’s easy to forget that in some parts of the world, citizens are in a fight for justice, and their lives, on a daily basis. If you are not up on the latest news from around the world, you could be in for a rude awakening when you get to your destination. For example, the U.S. government is currently advising you to reconsider travel to the Democratic Republic of Congo, Venezuela, and Sudan, among others, due primarily to crime and civil unrest in these regions.

If you must travel to these areas, perhaps for work or a family emergency, you should exercise extreme caution and take the necessary steps to stay safe when you arrive. Consider a local trusted guide or escort who can advise you on where to go and, more importantly, where to avoid. (See also: 5 of the Safest Countries to Visit in 2018)

While modern medicine safeguards us and helps us recover from all kinds of communicable diseases, you cannot take any risks when traveling abroad. That’s why you should always check with the Centers for Disease Control and Prevention (CDC) before taking any kind of trip.

Current notices at the time of this writing include an outbreak of malaria and listeriosis in South Africa, and malaria and yellow fever in Brazil. And since June of 2017, over 2,000 cases of Middle East respiratory syndrome (MERS) have been identified in multiple countries in the Arabian Peninsula. You can get additional vaccines before you travel, or if you are really concerned, change your plans to a different location. (See also: 7 Ways to Avoid Getting Seriously Sick on Vacation)

Since September 11, 2001, terror attacks have increased substantially in some parts of the world. The State Department currently has Afghanistan, Iran, Iraq, Libya, Mali, North Korea, Somalia, South Sudan, Syria, and Yemen on the Do Not Travel list, primarily due to incidents of terrorism.

Many other countries get a Reconsider Travel notice for terrorism dangers, including Pakistan, Burkina Faso, Chad, and Lebanon. These terrorism warnings are constantly updated, so if you know you may be traveling to a part of the world that has been home to terrorist activity, check the list and consider your alternatives.

While the two often go hand in hand, there are some distinctions to be made here. For example, many countries have a crime rate far in excess of anything you’ve experienced in the United States, and as such, you will not be prepared for the dangers without first researching the area. El Salvador, Burundi, Guatemala, Nigeria, and Mauritania are all flagged right now for problems with crime. Take the following precautions in places known to have a high crime rate:

While crime can certainly result in physical danger, there is another kind of personal safety issue you need to be aware of. It’s known as “risk of arrest and detention,” and happens in places that have a volatile relationship with the U.S. North Korea is a prime example, and if you do not have special validation from the Department of State to travel in, or through, North Korea, you may find yourself in deep trouble.

Perhaps one of the most obvious, but often overlooked, travel warnings come from the airlines themselves. When we think of a travel advisory, we think of weather issues, health and disease, crime, and civil unrest. But one surefire way that your vacation can come to a grinding halt is when the airline has an issue. Anything from a computer system going down, to problems with labor negotiations and strikes, or mechanical malfunctions and serious delays, can put a serious dent in your plans.

Every airline has its own alert page, so if you know which airline you plan on taking, check out that alert page regularly.

We live in turbulent political times. While some wars have been raging for decades, others could break out at the drop of a hat. If you’re not following politics closely, you should take notice if the region you are traveling to is about to go to war (or is actually at war and you didn’t even know it). The most infamous places right now are Syria, Afghanistan, Iraq, Darfur, Myanmar, Nigeria, Libya, Sudan, Yemen, and the Central African Republic.

Other danger zones closer to home are some regions of Mexico. Since 2006, the Mexican drug war has had over 106,000 casualties, with almost 15,000 of those coming in 2017 alone. The Mexican states of Colima, Guerrero, Michoacán, Sinaloa, and Tamaulipas are all currently on the Do Not Travel list due to crime. (See also: 4 Affordable Destinations That Are Safer Than You Think)

This is a broad term, because you could easily put extreme weather into this category. But in this instance, it’s reserved for natural disasters. For example, when Iceland’s volcano Eyjafjallajökull blew in 2010, massive clouds of ash made travel impossible for millions of people. An earthquake warning, or the threat of a volcanic eruption or a landslide, should be taken very seriously. If you’re planning on traveling to a place known for these kinds of natural disasters, and there’s evidence that you could be caught in something horrific, change your plans.