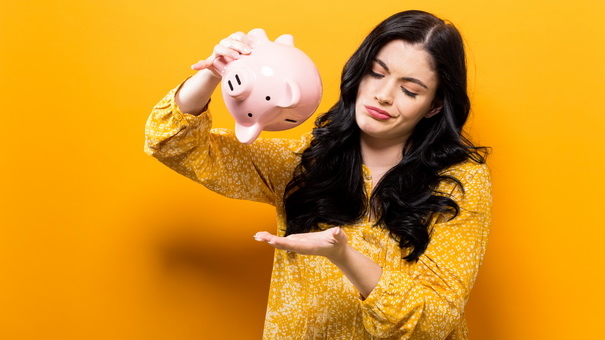 There are many factors that determine whether or not you’ll be successful at managing money throughout your life. But of those many factors, your personal habits and character traits are perhaps the biggest.

If you look through this list and see yourself on here, it’s time to make some changes; the sooner the better, in most cases. As we all know, time is money. The longer you wait to make the change, the more you have to lose.

These types of people will never truly win at money.

A big offender in the money game is the procrastinator. These are the people who put off until tomorrow (which never comes) the most important money decisions and actions. For example, it’s tough to set a budget and stick to it. A procrastinator will always find a reason why they shouldn’t do it just yet.

The fact is, everyone should have a budget, whether they’re just out of college or ready to enter retirement. And speaking of retiring, procrastinators also put off saving for that. The longer you have money in a 401(k) or IRA, the more compound interest works in your favor. And so the list goes on — procrastinating on everything from a savings account and college fund, to paying off debt and investing in the stock market. There’s always plenty of time for these folks.

Of course, their lack of action always catches up with them. Don’t be a procrastinator. Set your goals today, and start checking them off. Establish that budget. Open a savings account. Invest in yourself. You’ll be so glad you did. (See also: 7 Biggest Ways Procrastination Hurts Your Finances)

Deniers go hand-in-hand with procrastinators, although in most cases, they’re even worse. Deniers bury their heads in the sand and refuse to admit they have any kind of financial woes. Credit card debt? No problem, it’s all free money anyway. No money to pay the bills? They’ll find some extra cash next month and pay double. No emergency fund? Something will come along to bail them out of a tough spot. The pattern goes on.

You probably know at least a few deniers. Even when you give them subtle hints, they don’t take them. Sadly, it can take a major life event, such as a layoff or a medical emergency, to bring them to their senses. And if you recognize some of these signs in yourself, it’s time to take action. Talk to a financial adviser. Look at the unopened bills piling up on the counter. You can’t solve any problem until you admit you have one. (See also: 7 Warning Signs You’re In Debt Denial)

Leeches are only in it for short-term gain. In the long run, they end up being burned off the person they’re sucking dry, and they’re left for dead.

The problem with a money leech is that they can be the nicest people. They’re friends and family. They’re people you’ve known all your life. But they are usually only nice to you when they want something, which in most cases is cold, hard cash — and then they leech away until that supply is depleted.

Leeches see only targets, and they do not have a plan for creating their own sustainable supply of wealth. If you have a leech stuck to you, the best way to help is to scrape them off. Let them know that they cannot have money, but you’re there to help in other ways. If you’re reading this and thinking, “Uh oh … I sound like a leech,” then you’re already halfway there. Once you know you have an issue, you can resolve it. Get some career advice. Find steady streams of income that are generated by you, and not other people. (See also: 11 Money Habits That Make You Look Financially Immature)

These people are obsessed with feeling superior financially. They’ll do whatever it takes to feel bigger and look richer. Of course, it’s all a facade. They have the latest iPhone, gold watches, and a new car every two years. But they are also buried by crippling debt, they’re behind on important bills, and they have moths in their savings accounts.

It’s not about keeping up with the Joneses, but doing way better than them. In the end, they are buried by their own vanity. Snapping a showoff out of it can be difficult, especially if they have been doing this their whole life. Even if they have a great career and a massive paycheck, the spending is outpacing the earning. Let them know that their possessions aren’t as important as they are. Family comes before fashions. The real winners are people with a strong financial foundation and fewer pairs of shoes. (See also: 4 Money Lessons You Can Learn From the Joneses)

The martyr is a tough one to come down on, because at the root of it all, they are really trying to do good. You know the martyr all too well: It’s the mother who gives every cent she has to her son, who fritters it away on gambling and booze. It’s the uncle who cashes in his 401(k) to help a friend out of yet another financial hole. It’s the do-gooder that helps everyone with their money problems, but never has the money to eat out or take a vacation. Martyrs sacrifice their own financial security to make other people happy.

Martyrs need to understand that they cannot be there for others if they are drowning. If you know a martyr, it’s time to give them some tough love. Of course they can help people out, when they really need it. But they need to take care of themselves and their own finances before throwing on a cape and coming to the rescue. (See also: Are You Ruining Your Retirement by Spoiling Your Kids?)

The defeatist has already lost the money game before they’ve even had a turn, because they’re convinced nothing good will happen to them. They don’t invest because they won’t make any money. They don’t take risks of any kind because they’ll lose. They don’t apply for a promotion at work because someone else will get it. The defeatist is a real drag, and it can be difficult to motivate them as they are so convinced that the deck is stacked against them.

Like so many wise people have said before, if you don’t sow any seeds, there’ll be no harvest to reap. Show a defeatist that good things can happen by going in with them on a good investment. Or, help them along with that promotion opportunity. If you believe nothing good will happen, ask yourself why. It happens to other people all the time. Are you being singled out by the universe? Or is it just a change in attitude that’s needed? (See also: 7 Surprising Benefits of Failure)

They say a little knowledge is a dangerous thing. Well, so is none at all when it comes to money.

The uninformed don’t know how the market works, and what the difference is between a bond and a stock. They stay in the dark when it comes to interest rates, and the things they can do to improve their credit score (which, by the way, they also don’t know). And in the end, being uninformed leads to missing out on serious money. From failing to research interest rates and investment opportunities, to not taking advantage of deals and life hacks, they are throwing away cash.

Sadly, the uninformed are often that way due to stubbornness or an unwillingness to learn. But the fact is, it’s never too late to learn about money and budgeting. If you know someone like this, give them a nudge in the right direction. There are plenty of personal finance websites and forums that educate people quickly and easily. The library is also a great resource, and a local bank or credit union can offer advice for the greenest beginner. (See also: 12 Personal Finance Skills Everyone Should Master)

There are two ways that hoarders will never win at money. First, well, all of a hoarder’s available money is tied up in stuff. They spend and spend and spend, and hoard away their purchases without ever using them. Rooms filled with products still in the bags with the receipts. Piles and piles of papers and books. There’s so much clutter they have no time or space to think about anything else, especially the state of their finances.

If they do have money tucked away, they’re hoarding that, too. They won’t invest it. They won’t diversify it. It may even be tucked in that old mattress, ready for a rainy day. Either way, hoarders are not doing themselves any favors. A hoarder needs help, and if they can break out of the cycle of spending and squirreling, they can find a path to a better financial future. (See also: 8 Ways Clutter Keeps You Poor)