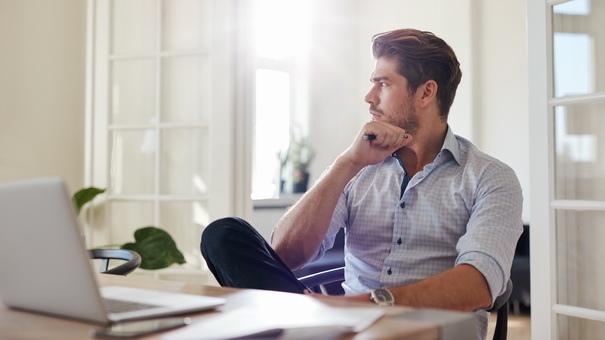 There was a time when you could train for a career, take a job at a great firm, spend 40 years moving up the ladder, and have a retirement party with a gold watch at the end of it. Those days are long gone.

LinkedIn estimates that people in today’s workforce will change jobs 15 times in their lifetimes, and that number will likely continue to rise. As technology advances and more jobs go extinct, career changes will practically be a necessity rather than an option. So how can you prepare for the inevitability of being in a dying career field?

A lot of people will tell you not to make a lateral career move. They will say you should always be moving up, getting promoted, earning more money, and so on. But if you’re in a career that’s dying out, moving sideways into a career that has a future is a wise move.

If the position you hold in your current company is going nowhere fast, look at the internal job postings. Is there a job you can do that has potential? Can you talk to the manager of that department and see if you would be a good fit? Most companies prefer to hire a known quantity than to go outside, and it’s also quicker and cheaper. If it’s not within your own company, look for lateral moves to other firms. It’s better to move to a ladder worth climbing than rise on one that leads nowhere.

If your current skill set isn’t going to get you far, some additional training could help you survive the coming decline. For instance, a lot of graphic designers are finding it difficult to find work because they do not have programming capabilities. Everyone wants a designer with digital chops these days.

However, great design will always be in demand, so it makes sense for a designer to bolster his or her skill set with some digital training. Courses in HTML, JavaScript, and other coding languages are widely available, and most are very reasonably priced. It’s also highly likely that a current employer will help pay for that training if they are going to benefit from it. What can you add to your resume that will quickly remove the “un” from unemployable? (See also: 7 Certifications That Add Big $$ to Your Salary)

3. Research careers similar to your current one

Let’s say you’re a journalist working for a newspaper. Well, the outlook for that career is fairly bleak. The Bureau of Labor Statistics says that the industry as a whole, including broadcast news and correspondents, is in decline. It will drop 9 percent between now and 2024, which means fewer jobs and fewer chances for promotions.

However, writing opportunities for online outlets, blogs, and social media are on the rise. It’s not a big leap to go from print journalism to online writing. You could also look into writing for advertising, marketing, and PR firms, or try your hand at white paper and fiction/non-fiction books. It’s as simple as typing “careers similar to X” into Google and going from there.

If your current career will soon be obsolete, you will have to bite the bullet and go into a different field. This can be scary, especially later in life, but if you aren’t ready or able to retire, it’s your only choice. It doesn’t have to be entirely removed from what you do now.

For instance, some of the skills used in coal mining can be brought to the solar industry, even though substantial retraining would need to take place. However, there are initiatives in place in Kentucky that are teaching coal miners how to code. Although it’s a massive adjustment, this places someone from a dying field into one that’s thriving.

This may also be an opportunity to try something new; perhaps doing something you’ve always wanted to do. Look into the top career prospects for your state.

5. Turn a side hustle into your main source of income

These days a lot of people have side hustles. Whether it’s doing a little blogging on the side, or buying and selling items on eBay, it can bring in some much-needed extra income for savings or life’s little luxuries. But what are the chances of turning that side hustle into your next career? Is it possible? Can you scale it up to become a full-time job, with enough money to cover your health insurance and other expenses?

Perhaps one of the most famous side hustle success stories is Craig Newmark, founder of Craigslist. He started it as a small side project in 1995, but by 1999 he had quit his job and made it a full-time business. He’s now worth $1.3 billion.

Of course, you probably won’t become a billionaire, but if you put in the time and energy, you could turn your little side project into a great new career. (See also: 6 Signs It’s Time to Make Your Side Gig Your Career)

6. Be prepared to move

It’s possible that your career is dying in your state, but doing very well in others. For example, the economy may have killed advertising agencies in your area, but that industry continues to grow and flourish on the East and West Coasts. If you have discovered that your state is becoming harder to find work in, look around. Are you seeing ample opportunities for your current career in other areas? If so, you may have to consider a move. (See also: 6 Places It Pays to Relocate To)

Of course, it goes without saying that you may also need to move for a different career as well. If you’re looking to get into the legal marijuana business, there are only certain states that allow that. If you want to become a voice-over artist, you’d get the most work in California. Understand that a career move might literally mean a move from your current location.

7. Read Who Moved My Cheese?

If you haven’t already done so, the book Who Moved My Cheese? by Spencer Johnson, MD, is a must read. On a base level, the book deals with change in the workplace, but it can also be used to help you deal with other life changes as well. Using a parable about four different mice living in a maze, you will learn to spot warning signs that a major change is coming at work.

Maybe you’re not being invited to as many meetings. Perhaps your days are less busy, or you are being asked to train someone to do the job you’re doing. In some instances, you will see your department become smaller and smaller, withering like leaves on a tree in fall. The signs are all laid out here for you, and there is some great advice about preparing for the future.

8. Milk whatever you can from your current position

You know you’re in a dying career. Now, it’s time to get whatever you can out of the job while you’re still in it. You’ve already put all the work in; why not squeeze out as much benefit as possible while you can?

Go to your boss and ask for a promotion and a raise as soon as possible. Sure, you may not have that extra money for very long, but you can use it to support your new career search. Ask about getting some additional training from your company. If it’s completely unrelated it won’t fly, but you can get creative. For example, most big companies like to have at least one notary on staff. If you can get trained as a notary, you can use that to make extra money while you look for a new job. And if you like the work, you have a new career paid for by your old one.

Take a vacation soon, paid for by the company you work at. Use your current health insurance to get procedures done that may not be paid for in the future. Use your current position to generate connections that could be useful to you in the future, especially through a site like LinkedIn. And do not feel guilty about doing any of this. You have spent years of hard work and dedication getting to this point, and life has thrown a curveball. There is no shame in turning this down into an up, and getting whatever you can out of your career while you still have it. Good luck.