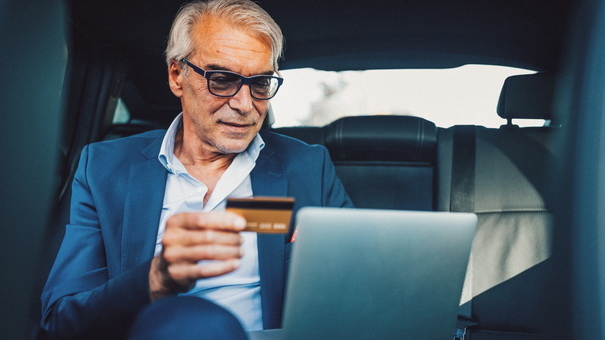 Credit mistakes don’t have to leave you with poor credit for the rest of your life. Other people have overcome their credit problems, and so have I. You can do the same, with a little bit of time and patience.

When I was in my early 20s, I made a lot of unfortunate financial decisions that cost me both time and money. One of those decisions, which I still regret to this day, was the purchase of a new (read: expensive) car when I made less than $10 per hour.

I’m not sure why I thought I could swing the car’s ridiculous monthly payments, or if I even cared how the purchase might impact my other financial goals. Heck, I’m not even sure I had financial goals. I wanted a new Mitsubishi Galant, apparently at all costs, so I did what I had to do. And boy, did I pay for it.

Over the years, that car held me back in a huge way. While I kept up with the $500+ payments because I always had a job, I ultimately had to move back in with my parents to focus on repaying my car loan.

I eventually paid off that car and vowed never to take out a car loan again. The entire experience was painful, but it also taught me something I probably needed to learn the hard way: Mistakes can be overcome if you don’t let them take over your life. I bought an overly expensive car for sure, but I didn’t let that ruin my credit for good. Instead, I fixed my mistake, slowly but surely, by doing the right thing.

More proof that credit mistakes can be overcome

I’m not the only one. Over time, many financial experts have made credit mistakes they’ve had to mend one way or another. Fortunately, this means that you, too, can fix your credit snafus if you apply logic to your mistakes and take actionable steps to remedy them.

If your credit is suffering for any reason, it’s possible to get on the right track to fix it this year. Here are some of the mistakes you may have made, plus the best ways to move forward.

Earning credit card rewards can be advantageous if you are able to use credit cards without getting into debt. But what happens when you pursue rewards without a plan to pay off your balance immediately?

Deacon Hayes, founder of the Well Kept Wallet blog, found out exactly what happens the hard way. When he and his wife were married, they put their honeymoon on a credit card in order to rack up cash-back rewards. They had a great trip, he says, but they ended up paying a lot more in interest than the paltry 1%-2% cash back they earned. Why? Because it took them months to pay off their honeymoon bill, and all of that was at their credit card’s 15% APR. (See also: Fastest Method to Eliminate Credit Card Debt)

Rewards credit cards typically have higher interest rates than other types of cards. People who carry balances would be better off forgetting about rewards and getting a card with a low interest rate or 0% purchase APR.

From that point forward, Hayes says he and his wife became determined not to repeat this mistake. “We learned the hard way to pay off our credit card in full each month to keep from paying hundreds of dollars in interest to the lenders,” he says.

The bottom line: If you’ve earned rewards but wound up carrying a balance, there’s not a lot you can do now other than pay it off. But in the future, stick to low- or no-interest credit cards if you know you can’t pay off your balance right away.

Being too scared to build credit

Growing up, money blogger Caroline Vencil was told by family members that credit cards were “the devil.” As a result, she never bothered to get a credit card or build her credit in any way.

This strategy worked fine until Vencil graduated college and wanted to finance a vehicle. Because she had no credit history, she was unable to get a car loan. Things got worse for Vencil when she followed the advice of the car dealership and got four new credit cards right away to “build her credit.” Because too much new credit can hurt your credit score, Vencil’s FICO score quickly tumbled. (See also: The 5 Things With the Biggest Impact on Your Credit Score)

Vencil did end up getting a car loan, but not from that dealer, and she paid a high interest rate on it. She eventually worked to build her credit by using her new credit cards responsibly, making her payments on time, and not carrying a balance. However, she learned a huge lesson from the ordeal: Learn about credit and credit cards from experts and not necessarily from well-meaning but ill-informed relatives. Just because your parents think credit is dangerous doesn’t mean you won’t need a credit score, so make sure to build credit slowly and responsibly — or else, risk not having credit when you need it.

And never jump to sign up for four new credit cards just because a car dealership says so. Most of the time, you’ll be a lot better off if you build credit slowly over time.

Using a cash advance to invest

Joseph Hogue, a chartered financial analyst and founder of Peer Loans Online blog, says one of his biggest credit mistakes was using a cash advance from his credit card to borrow $3,000 to invest in stocks. Hogue says the year was 1999 and the stock market was hot, so he figured he could easily gain at least 14 percent annually on his investment. Unfortunately, his hopes were dashed when, around a year later, he wound up losing $800 of the money he borrowed.

But things were even messier than that since Hogue was also paying interest on the money he charged. Credit card cash advances are a notoriously expensive way to borrow. They come with cash advance fees, and interest rates tend to be higher than the card’s regular purchase APR. Hogue says the moral of the story is this: “Never invest on borrowed money and be careful how you use your credit cards.”

These days, Hogue says he only uses credit for purchases he can pay off right away, and he is much better off for it.

Chris Peach, who blogs at MoneyPeach.com, says his biggest credit mistake was one that seemed super smart at the time. When he and his wife were married in 2008, Peach says they saved up $10,000 for a $20,000 wedding and charged the rest. (See also: Fastest Way to Pay Off $10,000 in Credit Card Debt)

They pretended they were making sophisticated financial decisions by promising themselves they would pay off the balance as soon as possible. Unfortunately, life happened and that wasn’t as easy as they thought. “The wedding lasted less than six hours and it took us almost four years to pay off the balance,” he says.

Looking back, the blogger says it was the dumbest financial decision they have ever made. They charged $10,000 without any sort of plan to pay it back, and even convinced themselves they were making a financially savvy decision.

Today, Peach says they no longer mess around with debt or credit cards for that matter. Instead, they use a simple method to pay for groceries, shopping, and travel: cash. (See also: Is an All-Cash Diet Right for You?)

This story, like the others on this list, shows that it’s possible to make poor decisions with your credit and still go on to live a financially fruitful life. We all make mistakes, but it’s how we handle them that sets the tone for the rest of our lives.

GenaroPneut - Why You Need A Genuine Ostrich Leather Handbags