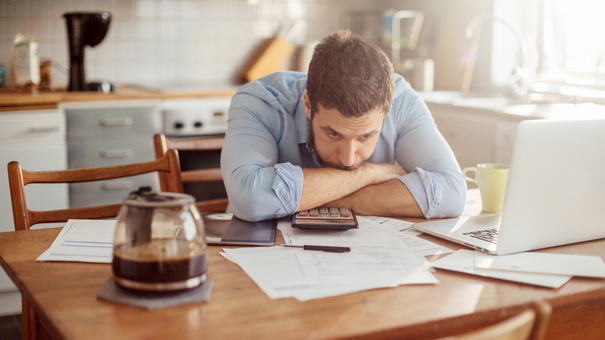 The commercials, usually played on AM radio or late-night TV, promise an easy solution to your debt woes: Debt settlement companies say they can eliminate your debts in as little as two months or reduce the amount you owe by 65 percent, 75 percent, or 85 percent.

That sounds pretty great. But debt settlement isn’t quite as simple as those commercials promise.

Working with debt settlement companies — firms that negotiate lower debt amounts with your creditors — comes with serious financial repercussions. And plenty can go wrong. Before you sign up for debt settlement, make sure you explore your other options.

The biggest problem with debt settlement is that it’s a gamble. You’re gambling that the process will work and that your debts will either be eliminated or lowered. Unfortunately, there are no guarantees that this will actually happen.

And because of how debt settlement companies operate, you can cause severe damage to your credit while taking this bet. Say you are struggling to afford your monthly credit card payments and a host of large medical bills. You call a company specializing in debt settlement. That company will then tell you to stop making your payments to this creditor.

Once your creditors and your debt settlement company reach an agreement, the company will use the funds you’ve deposited to pay off the remainder of your debt, taking a cut as its own fee.

Unfortunately, debt settlement doesn’t always work. A report by the Association of Debt Settlement Companies made to the Federal Trade Commission in 2007 reported that on average, only 45 percent to 50 percent of consumers complete a debt settlement program once they’ve started it. Many customers take actions that will hurt their credit scores only to gain no financial relief by doing so.

In 2010, the U.S. Government Accountability Office reported even lower rates, saying that less than 10 percent of consumers successfully complete a debt settlement program.

You could be charged high monthly fees

The National Foundation for Credit Counseling says that many debt settlement companies charge monthly fees for their services that can run as high as $89 a month. That’s a lot of money for a service that might not reduce your debt significantly anyway.

You’ll pay a lot even if your debts are reduced

Debt settlement companies typically charge their clients in one of two ways: They’ll either charge a percentage of your total debt for their fee, or a percentage of the final debt amount that they negotiate.

Obviously, it’s better to work with a company that charges you a percentage of your settled debt. But even then, you’ll be paying plenty for debt settlement.

Your credit report will also list any debts that were settled. This is considered a negative on your report because your creditors were forced to accept less than what they were owed. This, understandably, might make creditors less excited to work with you in the future.

Often, debt settlement companies negotiate a debt that has already been charged off, meaning that the original creditor has given up on collecting it and has sold the debt to another creditor that then tries to get at least some money from you. Such debt will be listed as charged off on your report. This negative mark will remain on your credit report for seven years, and won’t disappear just because you eventually settled the debt.

Fortunately, there are alternatives to debt settlement.