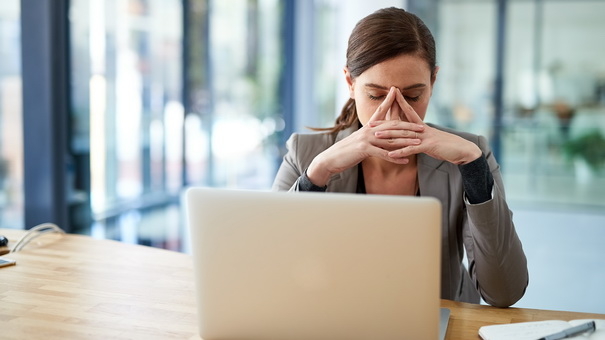 Let’s say you bought tickets in advance for an upcoming concert, but the day of the show, a friend invites you to do something you’d enjoy even more. If you’re like most people, you’ll choose to go to the concert anyway. You don’t want to waste the money you’ve spent, even though you’d rather be somewhere other than the concert. Your aversion to losing the money you spent on the tickets (aka a “sunk cost”) means you give up on doing something more enjoyable.

The sunk cost fallacy is farther reaching than just financial decisions, though. It can also cost you much more than money if you fall victim to this fallacy. Here are five ways the sunk cost fallacy can affect various parts of your life beyond your budget.

1. Staying in a job you hate

When I was in high school, my mother very suddenly had to find a new dentist. The one she’d been going to for years had decided to quit dentistry and go back to school to become an accountant, which was what he had always wanted to do. We made a lot of jokes about it at the time, even though we were very happy that he was finally following his passion for accounting.

This dentist had been practicing for over a decade when he decided to make this enormous career change. His family had pressured him to pursue dentistry, and it seemed like a waste to have gotten all that schooling and not practice. Once he became a dentist, each year that passed was another year that would have been “wasted” if he changed careers.

Luckily for him, this dentist came to realize that his time at dental school and in practice was “wasted” anyway, since he did not want to be a dentist. Continuing in this profession would be wasting even more time because he’d be following a path he didn’t enjoy.

Many people who are stuck in jobs they don’t like are not nearly as clear-eyed about their own professional sunk costs. If it feels like a “waste” of your time or education to get out of a job that is making you unhappy, then you are falling victim to the sunk cost fallacy. How you have spent your professional training and time up to this point doesn’t matter if you’re on a path that doesn’t interest you.

If you’re worried about wasting what you’ve already sunk into a hated profession, make like my dentist and pursue what you truly love. (See also: 6 Ways That Job You Hate Keeps You Poor)

2. Staying in an unhappy relationship

If you regularly read dating advice columns, sooner or later you’ll come across a letter from someone who wants to end an engagement, but feels like they can’t because deposits have already been paid, people will be disappointed, and Great Aunt Hilda has already bought her plane ticket for the wedding.

In short, these cold-footed would-be brides and grooms are focused on the sunk costs of the upcoming nuptials. That’s because thinking about the loss of money, face, and Great Aunt Hilda’s respect makes it difficult to clearly see the huge benefit of calling off a wedding: Not marrying the wrong person.

Of course, the sunk cost fallacy doesn’t just lead you down the aisle with the wrong person. It can also keep you in a relationship with someone who doesn’t want the same things you do.

If humans were able to think rationally about our relationships, it wouldn’t matter that the deposit on the swan-shaped ice sculpture for the reception is nonrefundable. In this scenario, a rational decision would be to determine if the marriage or the current relationship is what you want and make your decision from there. But we all have a tendency to make current decisions based on what we’ve invested up to this point.

3. Sticking with entertainment you’re not enjoying

I’m ashamed to admit I watched the entire final season of a show I ended up hating. It was a truly terrible season of TV and it included virtually none of the characters that had made the previous seasons of the show charming and funny. So why did I endure 286 minutes of this show when I didn’t have to? Because I had invested eight seasons in the show, and, by gum, I was going to finish it.

My entertainment sunk cost experience is hardly unique — and game developers have actually taken notice of this quirk of our brains. Facebook game Farmville, which at its peak had 84 million people playing, was created to take advantage of the sunk cost fallacy. Since you could lose the time and money you have invested in the game ― your crops and livestock would die if you neglected the game too long — many players would return over and over again to protect themselves from loss. They weren’t enjoying the game anymore. They simply didn’t want to lose their investment in it.

Despite the fact that Farmville was simply pixels on a screen, we have a tendency to stick with entertainment we dislike just to protect our previous investment or time. (See also: How to Resist the Expensive “Once in a Lifetime” Mentality)

As a parent, I’ve often found myself finishing meals my kids have only nibbled at, to keep from wasting food. Even before I had children, there would be times I’d force myself to finish eating something after I was already full, for fear of wasting money.

The problem is that the food is just as wasted if it ends up as extra padding on my hips. The money and time has already been spent buying and preparing the food, and it’s not as if I could actually send the excess to starving children in other parts of the world. Finishing the food simply takes away the visual reminder of the waste (until it shows up on my body). It does not negate the waste of buying and preparing food my kids refuse to eat or eating at restaurants that make portions too large to finish.

If I’m full, I should stop eating, since the food in front of me is already a sunk cost. I should also get better at preserving the leftovers for future meals and reducing said food waste. (See also: How to Keep Food Waste From Spoiling Your Budget)

All across the nation, there are bread machines and stationary bicycles gathering dust in basements, attics, and garages. I personally have a set of adjustable weight dumbbells in my basement that cost $300 and have been used fewer than a dozen times.

The sunk cost fallacy keeps these unused items in our homes. We refuse to part with something we spent “good money” on, despite the fact that we would be happier with uncluttered homes.

Even if we do decide to clear house, we often want to get back what we put into the items we don’t use. The fact that we spent “good money” on an exercise bike or small appliance blinds us to the item’s current value. We recall spending several hundred dollars for the unused item, and we hate to “lose” that investment by selling our stuff at a loss. But now that the item is covered with several years’ worth of basement dust and it smells slightly moldy, its value is much lower than it was when we bought it.

This sunk cost fallacy makes us believe that we can’t get rid of unused items unless we can sell them for at least what we paid for them — forgetting that the money we spent is sunk, and that having a less cluttered house would improve our lives. (See also: 10 Smart Ways to Keep Your Entire Life Clutter-Free)

The simple (but not necessarily easy) way to handle the sunk cost fallacy is to consistently check in with yourself. Ask yourself, “Is this really what I want?” and be honest when you answer. This question can help you decide what to do, whether you’re staring down a career that you feel ambivalent about, a marriage that doesn’t feel right, another episode of a show you’re not enjoying, a French fry that you’re not hungry for, or a panini press you haven’t used since the first Bush administration.