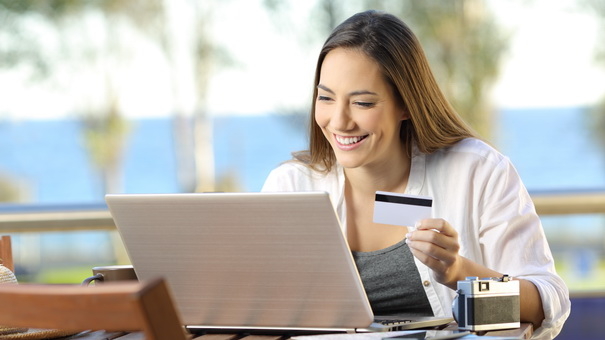 Marriott International bought Starwood Hotels & Resorts Worldwide almost two years ago, but they’re just getting around to integrating the two hotel chains’ popular loyalty programs in August. Whether you’re a loyal Marriott lodger, you’re sitting on a mountain of Starwood Preferred Guest (SPG) points, or if you’ve dabbled in both programs over the years, you may be wondering how this change is going to affect you.

Don’t worry. The transition should work out fine for everyone. While it’s true that the programs as you knew them will be gone forever, the good news is that the changes aren’t terribly jolting for either Marriott or SPG members, and that members who have spent years building up their status won’t have to start over.

Members of both programs have been able to link their accounts since shortly after the merger and transfer points from Marriott to SPG and vice versa. But once the unified program debuts in August, members will receive emails from the company notifying them that it’s time to merge their Marriott and SPG accounts. The new program will have a new name (to be announced in 2019), new status tiers, and new rates for booking rooms. (See also: Tips for Using Hotel Reward Points to Get the Most Value)

The combined chain has 6,500 hotels worldwide. Currently, guests have to use Marriott.com to search for Marriott hotels (including The Ritz-Carlton, Courtyard, and other brands owned by the conglomerate) and SPG.com to look for Starwood hotels (including Sheraton, Westin, and other brands). Starting in August, you’ll be able to go to either of those sites and book the whole portfolio, book through either brand’s app, or by calling either brand’s customer service number. (See also: 5 Hotel Room Booking Tools Every Frugal Traveler Should Know)

Members will earn 10 points for every dollar spent at all hotel brands except for three (Residence Inn, TownePlace Suites, and Element), where the earn rate will be five points per dollar. Elite members will earn more based on their status tier. That’s the same as what current Marriott members get. SPG members currently earn two points per dollar.

While it may seem like SPG members will quintuple their earnings under the new plan, in reality, they probably won’t notice much difference in how long it takes to earn free stays. That’s because rate adjustments will make the new points both earn and spend more like Marriott points.

The new Free Night Award chart shows standard redemption rates for all hotels starting in August, with peak and off-peak rates coming in 2019. The new chart divides hotels into seven categories, with an eighth coming in 2019. The standard rate for the lowest tier will be 7,500 points per night, and the standard rate for the eighth tier will be 85,000. This compares to seven current SPG room categories with weekday prices ranging from 3,000 to 35,000 Starpoints, and nine current Marriott tiers ranging from 6,000 to 45,000 points per night.

The new program has five elite tiers; Marriott currently has three and SPG has two. But the new tiers aren’t an exact match to the old ones. This will mean a change in benefits for some frequent guests.

For instance, previously, someone who stayed 25 nights with SPG would get a jump in status that would let them suddenly start earning 50 percent more Starpoints for every dollar spent at the hotel, allowing them to earn free nights that much faster. Marriott elite guests had a similar deal that allowed them to earn 20 percent more points per dollar spent. The new program will give the same guest a 25 percent boost. Some benefits won’t change: 50 nights will get you into lounges, just as they did in SPG and Marriott Rewards.

Lifetime elite status holders will also see slight changes. But most importantly to road warriors: Anyone with lifetime status under their original program will have it under the new program, even if it looks a little different.