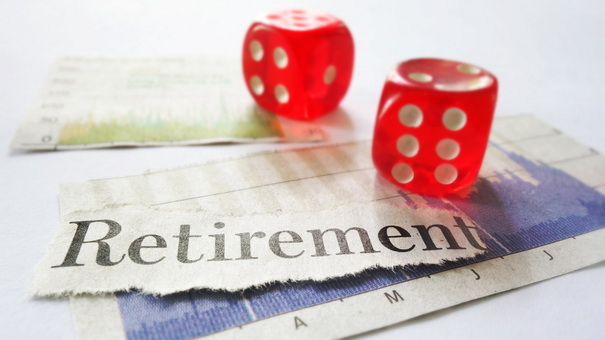 Wall Street analysts often describe bull market investors as climbing a “wall of worry.” The point being that even during good times, many investors find plenty to fret about. When these worries keep you from investing in your retirement, you run the risk of derailing your future.

Let’s take a closer look at three common investing-related concerns that could keep you from saving enough for your later years, along with some ideas for moving forward despite your fears.

1. Fear of investing in general

Of all the aspects of managing money, investing is the one that frightens people the most. At first glance, that’s understandable. Just look at what happened during the Great Recession. From October 2007 until March 2009, the U.S. stock market fell by more than 50 percent.

Think about that. If you had $100,000 invested at the beginning of that horrible stretch, you ended it with less than $50,000. That experience was enough to drive some people out of the market completely, and keep them out.

How can you conquer your fear of investing? One way is to adopt the mindset of a long-term investor, not a short-term trader.

Investors understand two important facts. First, the market doesn’t move in a straight, smooth path. They expect to experience many ups and downs. Second, the longer you stay invested, the better your chances of making money.

How would a long-term perspective have helped an investor who put money in the market at the beginning of 2007? Someone who started that year with $100,000, held on through the brutal downturn, and kept holding on, would have ended 2016 with nearly $200,000. (See also: 4 Simple Ways to Conquer Your Fear of Investing)

Pity the poor 401(k) plan. Critics complain of high fees, and they say it’s unreasonable to expect participants to know how much to contribute or what to invest in.

It’s true that some plans are filled with excessively high-cost investment options. However, the more recent trend has been for plans to add low-cost index funds. If you work for a larger company, you may be able to see an evaluation of your plan’s fees via Brightscope. If they seem high, talk with someone in your human resources department and ask about having some lower-cost investment options added to the plan. (See also: Watch Out for These 5 Sneaky 401K Fees)

To figure out how much to contribute, use one of the many free online tools that are available, such as Fidelity’s Retirement Score calculator. Estimating how much you should be saving in order to be adequately prepared for retirement will help make the distant goal of retirement more tangible and may motivate you to contribute more than you are now.

As for deciding what to invest in, many 401(k) plan providers offer target-date funds, which make investing very simple. Just choose the fund named for the year closest to the year of your intended retirement date, such as the Fidelity Freedom 2040 Fund or the Vanguard Target Retirement 2045 Fund. Such funds are designed with the mix of stocks and bonds the fund company has deemed appropriate for someone your age. They automatically adjust that mix over time, becoming more conservatively invested as you near retirement age. (See also: What You Need to Know About the Easiest Way to Save for Retirement)

Does it seem like everyone around you is making money by investing in something you’re not quite sure you understand? In the late ’90s, it was the stocks of online companies, which kept zooming even though the companies were far from profitable. Remember Pets.com or Webvan?

Today’s investment craze is cryptocurrencies. Every day seems to bring a new story about Bitcoin investors who doubled their money or more in hours. But what exactly is a cryptocurrency? Could you explain it to a sixth grader in a few simple sentences?

Investing in something you don’t understand because of the fear of missing out has great potential to do more harm than good. What to do instead? Take a lesson from Sarah Stanley Fallaw. As founder of DataPoints, a company that studies the factors that enable people to build wealth, she’s continuing the work her late father, Thomas Stanley, popularized in the best-selling book he co-authored, The Millionaire Next Door. One of the factors she has identified centers on what not to do, which she describes as social indifference:

” … Those who ignore trends have higher net worth, regardless of their age, income, and percentage of wealth that they inherited,” she told MarketWatch in 2016. “Building wealth means ignoring what others are doing, which may be more challenging today than in the 1990s.”

So, just because everyone seems to be piling into Bitcoin doesn’t mean you have to. At very least, take the time to understand what you’re investing in and why. (See also: What is a Cryptocurrency Anyway?)

It comes with the territory

If investing gives you pause, welcome to the human race. Because the markets are unpredictable and can be volatile in the short-run, most investors feel some fear, at least occasionally. But that doesn’t mean you have to let it keep you from investing for your later years. The suggestions above should help.