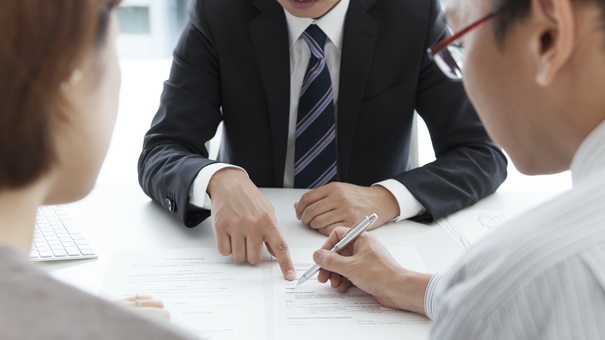 In late February, the city of Sacramento filed a lawsuit in federal court against Wells Fargo, claiming that the lending giant has been discriminating against black and Latino mortgage borrowers since 2004. The suit says that Wells Fargo steered these clients into loans that had higher interest rates and were more expensive than the mortgages the company made available to white borrowers.

Wells Fargo isn’t the only big lender to face charges of mortgage discrimination. Last year, JPMorgan Chase & Co. agreed to pay $55 million to the U.S. Department of Justice after being accused of pushing more expensive mortgage loans on minority borrowers. JPMorgan, in a statement released after reaching the settlement, denied that it had done anything wrong.

And in February of this year, Reveal from the Center for Investigative Reporting released a report saying that African-American and Latino homebuyers are denied conventional mortgage loans at rates far higher than white borrowers. According to the study, black borrowers were denied mortgages at higher rates than white borrowers in 48 cities, while Latinos were denied at higher rates in 25.

It’s clear that mortgage discrimination exists and is a problem. If you’re ready to apply for a mortgage loan, you might be worried that you, too, will face this discrimination, especially if you’re black or Latino.

How can you recognize mortgage discrimination? And, just as importantly, how can you fight against it?

You’re not necessarily a victim of mortgage discrimination simply because you’re denied a mortgage loan. But you are a victim if the reason you are denied is based on your race, religion, gender, age, or sexual orientation. The Equal Credit Opportunity Act forbids lenders from denying borrowers based on those factors. Lenders must have a financial reason for denying a loan application.

For instance, if a lender denies your application for a mortgage because your credit score is just 500, that’s not discrimination. A low FICO score means that you have a history of struggling to pay your bills and manage your credit. That’s a legitimate reason to be denied a loan. But what if your score is 700? If you’re denied a loan then, or if your lender recommends a loan with higher-than-market interest rates, you might be the victim of mortgage discrimination.

There are, of course, other financial factors besides your credit score than can affect your loan application. Maybe your credit scores are solid, but you have tens of thousands of dollars of credit card debt. Or maybe your monthly income is low. Both of these are also valid reasons for being denied a loan. (See also: Denied a Mortgage? Here’s How to Fix It Fast)

The Consumer Financial Protection Bureau says that there are certain signs that might indicate you are being discriminated against. If a lender quickly discourages you from applying for a loan, or if a lender who was friendly over the phone suddenly treats you with less respect when seeing you in person, that’s a red flag. The bureau also warns that if lenders pressure you to sign a loan application even if you aren’t happy with the fees or interest rates, you might be facing discrimination.

If a lender eventually declines your loan request, it must give you reasons for the rejection, according to the Federal Trade Commission.

Fighting back against mortgage discrimination starts before you even apply for a home loan. Before you speak with lenders, check your credit reports and your credit score. You are entitled to one free copy of each of your three credit reports – from Experian, Equifax, and TransUnion – every year. You can request them at AnnualCreditReport.com.

Once you receive your reports, study them carefully. They will list any loans or credit card accounts you have, and how much you owe on them. They’ll also list any late or missed payments that are seven years old or younger. If you see any mistakes, report them to the offending credit bureau by email or phone.

Also, order your credit score. This isn’t free, but you can order at least one version of your FICO score from either of the credit bureaus or from myFICO.com. Expect to pay about $19 per score.

Lenders consider FICO scores of 740 or higher to be very strong. Those under 620 are generally considered weak enough to result in a higher chance of rejection when applying for a loan. Lower scores will also leave you with higher interest rates on loans you do get. (See also: 5 Ways to Improve Your Credit Score Fast)