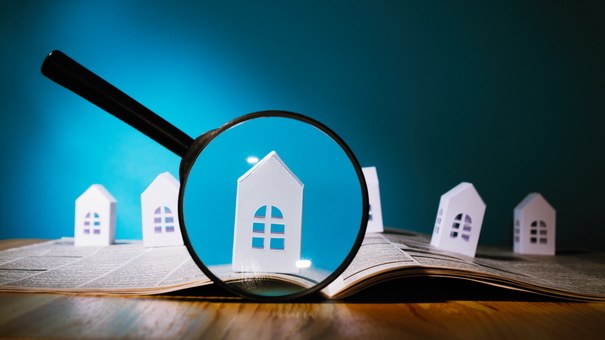 When searching for the best qualities in a new a home, you’ve probably heard that location is everything. There’s a reason for that. You can change nearly everything about a house except for where it’s located.

To make sure you’re going to love where you’re located, you’d best research the heck out of your future block, neighborhood, city, and region. Here are the criteria to use when evaluating home locations.

You need to look at current home prices in a neighborhood to figure out not only whether you can afford to buy a house there, but also whether a particular house is priced fairly. In addition to current prices, look at the direction prices have moved over the past five years. Are you buying on the upswing or the downswing?

Realtor.com warns that neighborhoods with a number of houses lingering on the market for years, despite multiple price decreases, might be a warning sign of a bad investment. A good tool for researching an area’s market history is Zillow’s Home Value Index. Enter the ZIP code and get summaries of the price changes for the past five years, and a forecast for the next year. (See also: How to Learn About Your Home’s History)

If you ask around, you’ll get a wide variety of subjective impressions about whether a neighborhood is safe. But there is data out there that can give you a more realistic picture.

Trulia’s City Guides include crime statistics and neighborhood crime maps for some of the biggest cities. Many city police departments have created their own crime data maps. CrimeReports has consolidated data from 1,000 different departments, searchable by ZIP code.

You can also plug an address into the U.S. Department of Justice’s sex offender database to find out how many registered sex offenders live nearby.

Whenever my family drives through a beautiful (and often expensive) mountainous neighborhood in Marin County, California, I shake my head and say, “I could never live here.” Why? Because I like to be able to walk out my front door to run my errands, without getting in the car or worrying about being run down on the edge of the road.

If you’re like me, check your future neighborhood’s Walk Score, which rates the proportion of your errands that can be accomplished on foot. Highly walkable cities such as New York score in the high 80s, while certain neighborhoods, such as San Francisco’s Chinatown (Walk Score: 100), qualify as a “Walker’s Paradise.” (See also: How to Evaluate a Neighborhood Before You Buy)

The Walk Score website also ranks ZIP codes by the availability of public transit, a consideration that not nearly enough people consider when buying a house. Besides checking the score, look into how a neighborhood’s transit would work for you. Does it go to your work? Would you be able to walk or bike to the train or bus, or would you have to drive there? And if you have to drive, how’s the parking situation? Is there a backup form of transit if the main system is down or delayed? Get this information by looking up the websites of the local transit systems, asking locals, and — this is important — trying the commute before you commit.

Since I have three children, the quality of public schools has been a major factor both times we have relocated. For every house I’ve considered, I’ve looked up the local school on Zillow, and checked GreatSchools, which provides data on test scores, student progress, equity, and disciplinary issues, as well as reviews.

But schools are much more than just numbers. So if we got serious about a house, I’d dig deeper, researching the school by searching local parent bulletin boards and social media, asking local contacts about the school, and finally, touring the school.

Besides the general quality of a school, you should look at whether the school offers programs that are important for your family — for instance, foreign language instruction or a gifted and talented program. Another question to look into: Are there public charter or magnet schools your child could attend if the neighborhood school doesn’t work for you?

Often, being in a better school district can explain why one house costs more than a similar house just a few blocks away. Some families may opt to take the cheaper house and use the money they save to send their kids to private school. It’s all part of the equation.

My family once considered a move from Chicago to Montreal for a job. My husband and I figured that, having grown up in Wisconsin, we were used to snow and cold. But one statistic gave me pause: Montreal receives an average 82 inches of snow per year. That’s more than twice Chicago’s annual total. I realized that, while living in Chicago, not once had I wished for twice as much snow. We moved to California instead.

If you are considering a move to another geographical region, make sure you have a realistic idea of what the weather will be like year round and how that might impact you. How will it affect your utility bills? You might have loved the weather in Florida while you vacationed at the beach, but would you love having to run the air conditioner year round if you lived there?

One place to research weather is U.S. Climate Data, which will give you the average high and low for each month of the year, as well as the average sunshine and precipitation totals.

In this era of climate change, it’s also worth considering not just the past, but the future. Check with FEMA’s Flood Map to figure out if you’ll need flood insurance. And if you are anywhere near the East Coast or Gulf of Mexico, check the national hurricane storm surge maps. Also read up on natural disasters in the area in the past few years. Have there been floods? Wildfires? Ask yourself if you are prepared to deal with more intense versions of those incidents in the future. (See also: 7 Other Kinds of Insurance You May Need to Buy for Your Home)

Surprisingly few people seem to consider earthquake risk when buying a home. My own home sits precariously close to the Hayward fault in the San Francisco Bay Area, which some scientists say is overdue for a major earthquake. It didn’t dissuade my family from buying, but we did decide to invest heavily in seismic retrofitting, shoring up our old house’s foundation and certain walls to help it survive the Big One when it comes.

If you decide to buy in a quake-prone area, you will need to decide whether to purchase earthquake insurance. You may want an engineer to conduct a seismic inspection to see what has been or could be done to strengthen the structure.

Another consideration in seismic activity zones is the type of earth your home sits on. When my husband and I bought our first San Francisco condo, we found out after the fact that it was in a “liquefaction zone” — an area where the ground could act like a liquid during intense shaking. These homes are built on loose sand or landfill, and are much more susceptible to damage than homes built on more solid ground. You can investigate an area’s liquefaction risk on U.S. Geographical Survey maps.

If you are buying a condo or a townhome, or even a stand-alone house in some communities, you may fall under the rule of a homeowners’ association, or HOA. If you’ve never lived in one before, you might be surprised at the amount of power the HOA has over your choices as a homeowner. For instance, certain types of landscaping or pets might be banned, or you might be required to repaint your house even if you think it looks OK. If there are shared amenities, such as a community pool, there will be monthly dues to pay as well.

It’s not enough to ask the listing agent if there is an HOA and how much the dues are. Experts recommend you request and review the past two years of meeting minutes; this is where you’ll find out if the current homeowners are considering levying a big assessment for deferred maintenance, for example. You should also investigate whether the HOA’s reserves are adequate. (See also: What You Need to Know About Homeowners’ Associations)

Researching the location isn’t all boring adulting. You’ll also want to take a turn in the local downtown or arts district to see what’s fun to do. Besides an in-person investigation, you can check a website such as NabeWise, which describes individual neighborhoods in select cities, listing their top attributes and areas in which they’re weak. Also look at Yelp, which can give you the lowdown on local restaurants and other businesses.