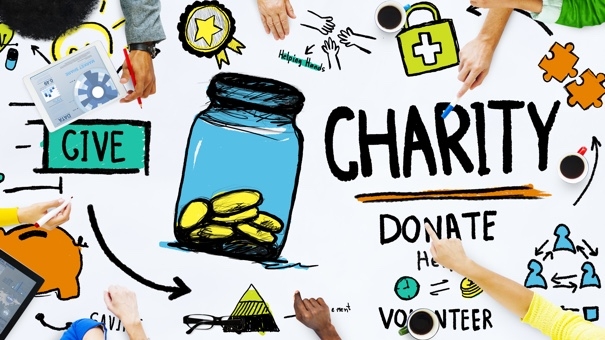 With the hurricane season we’re having, there’s no shortage of nonprofit organizations you can support with your dollars and time to aid people in need. But how do you know which organizations have the most impact and do the most good with the resources they have? Here’s how to find the most reliable charities of which to donate. (See also: Why Donating Money Is the Best Thing You Can Do After a Natural Disaster)

There are a number of sites that evaluate nonprofit programs and provide you with information on their efficiency and efficacy. Charity Navigator, GiveWell, and Guidestar all evaluate nonprofit donations. One of their main metrics tells you the percentage of donations that goes to programs, and the percentage that goes to administration costs. While this metric is important, it’s not the whole story, and comes with a very large caveat: for a charity to do its work, it must have administrative costs and overhead. Without talented people, a nonprofit can’t do its best work, and like all employers, a nonprofit must compensate its employees for their skills. Use this metric as one input to your donation decision, but don’t let it make the whole decision for you.

Before donating to a charity, check out the latest news stories on a particular charity with a simple Google search. You will likely find stories that highlight the work the organization is doing through its programs and hopefully you’ll also discover some firsthand testimonials about the organization’s impact. If there have been any recent scandals or shady activities, you’ll find them here, too.

Before making a donation, take a look at the organization’s website to get a sense of their programs and staff. There is often a press section that showcases recent news releases with the latest news coming from the organization. It’s also a good idea to check out the leadership team to determine if you feel they are good stewards of your gift. It’s also worth taking a look at their board, major donors, and supporters, if they highlight them.

Have they recently won a large grant or formed a reputable partnership? If so, it’s another data point that can show someone has scrutinized their work and deemed it valuable. Like the administrative cost percentage, these grants and partnerships don’t tell the whole story, but they are another point of reference to help your decision-making process. (See also: The 5 Charitable Donations That Do the Most Good)

One great gift of social media is that it gives individuals and organizations a way to connect with supporters and beneficiaries of their work directly. Poke around on their Twitter, Instagram, and Facebook feeds to see their work in action and find out who supports them.

While the big international nonprofits often get the most attention when disaster strikes, local nonprofits can often be just as effective, if not more so. That’s because they have such close relationships with people on the ground. For example, the local food banks in Texas and Florida have been able to mobilize quickly in areas impacted by Hurricanes Harvey and Irma. After Harvey, I made a gift to the San Antonio Food Bank because they were the closest food bank to the areas in and around Houston that were hit hard by the storm.

This same giving strategy can be applied to international work. After the massive earthquake that struck Haiti, I donated to Partners in Health because their dedication to Haiti over many years has allowed them to have a tremendous impact on the health and wellbeing of the Haitian people.

If you’re more comfortable giving to a large organization such as the Red Cross, and the Salvation Army, make sure they have a chapter in the geographic location where you want to help and tag your gift to go to that specific relief program. Local hospitals and health centers are on the front lines, and are often the first places that local people turn to in the wake of a disaster.

6. Consider who you want to help

Many nonprofits have a mission that designates who they help and the causes that matter most to them. This can be children, animals, environmental protection, or education, to name just a few.

In the case of the recent hurricanes in the U.S., local chapters of the Humane Society and the ASPCA are helping to rehome pets that were left behind by their families. Save the Children has expanded its services and started new programs in key Texas locations in the wake of Hurricane Harvey. Natural disasters often destroy or damage housing. Charities such as Habitat for Humanity can make use of your financial contributions as part of the rebuilding efforts.

Given the speed of our news cycle, there is a swell of concern immediately after a disaster, and then that concern fades over time. One of the best ways to contribute to sustaining support is to consider a gift to an institution that continually works in the area. Boys & Girls Club, YMCA, and local schools, places of worship, and community centers are key sources for sustained support in impacted communities.

When disaster strikes, it takes a large, collective effort to help people reconstruct their lives. Your donation and support is critical, and a thoughtful gift can make all the difference.