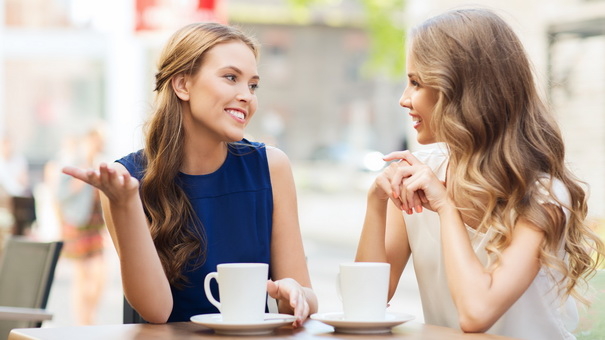 Talking about money can get awkward in a hurry. Don’t believe me? Ask your friends how much debt they have at the next social gathering and observe as the silence fills the room. However, sometimes those financial discussions need to happen. Here’s how you can handle them with minimal discomfort.

If you need to talk about a mutually owned asset, or who’s going to take over the finances for an aging or incapacitated parent, get to neutral ground. Schedule lunch at a favorite restaurant or find a quiet corner of a local cafe.

A public space helps everyone stay calm: Who wants to make a scene? And the neutrality of the space can help defuse any sense of intimidation or ownership of the discussion, leaving it open for all parties to state their needs and concerns.

2. Give a three-point introduction

Growing up in the South, I heard a three-point introduction every single Sunday. It was a Baptist preacher staple in which they’d tell you, in summary form, what they were about to tell you. Three points made just about the right length for a sermon.

Use this approach by clearly outlining what you want to discuss, and take all the other stuff off the table. It will help set the other people at ease: Now they know what the conversation is and isn’t about. Everyone involved will feel as if they’re more in control, which in turn makes them feel more comfortable.

The most important part of a potentially tense financial discussion is understanding. You want to be sure that the other folks involved understand what you’re saying. In turn, they want to be sure that you understand their needs and concerns. As you listen, give their words all your attention. Then, repeat back what you’ve heard: “OK, what you said is that you think it’s best to sell the family property as soon as possible because … “

This approach helps to avoid misunderstanding. As you repeat back what you’ve heard, they get a chance to listen to their own words and revise them if needed. And, by repeating back what you’ve heard with the intent to understand, you put yourself in the position of advocate, or ally, rather than enemy. You may not agree with the point they’ve made, but by striving to understand before you argue or correct, you lay the groundwork for a calmer and more productive discussion.

4. Use facts, not feelings

Feelings matter, of course. But when you’re discussing finances, don’t argue on the basis of feelings, intuitions, or preferences. Instead, if you disagree with a point or opinion, strive to explain why you disagree with facts. This helps to keep the discussion from becoming personal or offensive.

For example, if you don’t want to split the check evenly because you only got an appetizer and everybody else got an entree and a drink, don’t say, “I’m not doing that, guys! It’s not fair and I don’t want to pay for half of Melinda’s cocktail again!” Instead, say, “Actually, my appetizer was only $8, which is less than 1/5 of the total bill.” That’s a calmly stated fact, rather than vented frustration and a thinly-veiled insult of Melinda.

Specific actions are the way to move things forward and solve problems. In fact, many times people end up in arguments not because they disagree on the major point (“We need to pay the bill”), but because they’re not sure exactly how to make it happen. We stumble over anthills more than we do over mountains. In the scenario above, you could follow up your calmly stated fact by suggesting a specific action: “I’ll put in $10 to cover my part, and you guys could split the rest evenly.”

By suggesting a specific action, you’ve solved the problem of too many options, which can be very unsettling for us humans. When we feel unsure and unsettled, it’s often easier to fight than to move forward, which is why financial discussions can degenerate into insults so easily. Suggesting an action helps move people forward and give everyone a clear next step, which can prevent that discomfort and conflict.