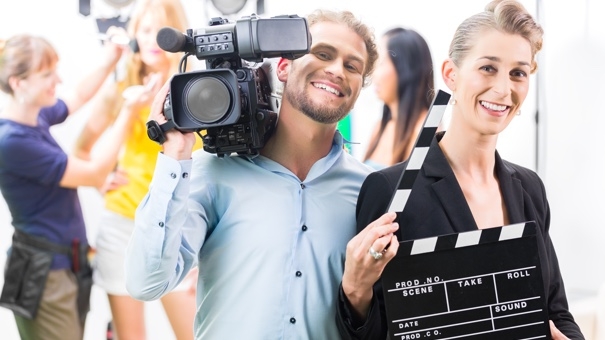 During the Golden Age of Hollywood, film studios used soundstages and sets for their movies. But in recent years, with the rise of high definition screens, film producers aim to make their films more realistic. That means they often turn to real people’s homes, rather than creating a set.

The immensely popular show House of Cards is one of the most recent and well-known examples. The Underwoods live in a stunning townhome in the heart of the D.C. area. That house is a real residence, located in Baltimore.

If you’re willing to deal with film crews in your home, you can turn your abode into a lucrative source of income. The going rate for a film is the price of your monthly mortgage payment per day. That means if your mortgage is $1,500 a month, and the film crew needs your home for three days, you’ll earn around $4,500.

Find out what renting your home out to filmmakers includes and how to get started.

What film producers look for

Filmmakers and commercial producers aren’t just looking for mansions or luxury homes; they also need regular, average houses for their productions. They often need homes that reflect the character of the city they’re portraying.

For example, the home featured in Breaking Bad isn’t a sprawling mansion. The film crew searched for a home that reflected the style of Albuquerque, New Mexico and settled on this modest, ’70s-style ranch. Everyday homes are needed for sitcoms and films all the time.

If the film is about the inner city, a Philadelphia row home may be the perfect fit. Or, if the film is a southern gothic, an older, Victorian-style home in Georgia may be just what they need. Homes with unique architectural details or picturesque views tend to get the most traction.

Besides a nice check after production is over, there are other perks that come with renting out your home to a film crew.

Sometimes, the producers will decide they need to make certain improvements to your home. They may update the appliances, put in French doors, or even replace your countertops with granite. This is done at no charge to you, and you can keep whatever additions they make.

If you have to leave your home during filming, the production team will typically pay for you to stay at a hotel. You can get a nice mini-vacation while your home is making money.

While you can make thousands by renting out your home, make sure you understand what it entails.

Depending on the production, you may have to vacate the home during filming, which means there will be dozens of strangers in your home when you aren’t. Your home could go through additional wear and tear, as production people build props, set up special effects, or simply trod dirt in and out.

Also, make sure you know your area’s rules and your neighbors’ tolerance level. Your community may not welcome the added traffic, lights, and noise that a film production brings.

Finally, know that if your home is in a film or television show that becomes popular, you will have many people stop by to take pictures of your home. You can have unexpected visitors for years after production stops.

How to rent out your home

There are many different ways to find gigs for your home. While locations like Los Angeles and New York City are often the most in-demand (and command the highest rates), film crews nationwide need homes for their shoots. You can list your home in the following ways:

Another option is to consider renting out your home for commercials rather than movies. Local businesses and advertising agencies frequently film their own commercials, and need nearby homes. You can list your home with Set Scouter to get connected with local productions. According to Set Scouter, the average rate for a 12-hour day is $1,500.