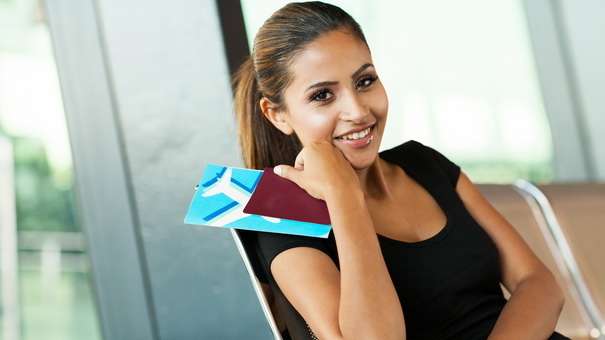 British Airways offers more service to the United States than any other European carrier, and its Executive Club frequent flyer program is popular on both sides of the Atlantic. Americans can easily accumulate Executive Club points, called Avios, by flying British Airways and its partners, or using a credit card that earns Avios or lets you transfer points to British Airways. (See also: 5 Best Credit Cards That Transfer Points to Airline Miles)

The beauty of Avios is that even if you’re not interested in going to Europe, you can still find tremendous value in them when you redeem them for flights within the United States that are operated by B.A.’s partners. American Airlines is the biggest partner of British Airways, but you can also use your points for flights operated by Alaska Airlines and its merger partner Virgin America. (See also: How to Get More Value Out of American Airlines Miles)

In fact, it’s often preferable to use B.A. miles for travel within the U.S. because when you use Avios for flights to the U.K., you’ll face enormous fuel surcharges, despite years of low fuel prices. Furthermore, the British government adds taxes to flights in and out of London, especially when you fly in business or first class. (See also: The Secret to Redeeming Travel Rewards with Airline Partners)

Why these flights are such a great value

For example, flights of less than 1,151 miles each way are just 7,500 Avios points. This includes city pairs such as Miami to New York and Los Angeles to Vancouver, Canada. In fact, the distance-based chart means that you can travel to Mexico, Central America, and the Caribbean for the same number of points as trips within the United States of the same distance. For example, an award flight from Dallas to Cancun is only 7,500 Avios points, while the same flight will cost 12,500 American Airlines miles.

Award flights from 1,152 miles to 2,000 miles will cost 10,000 Avios each way, while flights from 2,001 to 3,000 miles will cost 12,500 Avios, the same number of miles that American charges for all of its domestic flights within the contiguous 48 states. Yet the Hawaiian islands are within 3,000 miles of many west coast cities such as Los Angeles, San Francisco, San Diego, Portland, and Seattle. Therefore, these flights require fewer Avios points than American or Alaska miles. In contrast, American charges 20,000 miles each way for flights to Hawaii, albeit from anywhere in the contiguous 48 states. So a round-trip ticket from L.A. to Honolulu would cost 25,000 Avios, but 40,000 AAdvantage miles.

Just be aware that British Airways will charge for each leg of your itinerary. So if you have two connecting flights, each between 1,152 and 2000 miles, you will pay 20,000 miles each way. The only exception is if the flights both use the same flight number. Then you are only charged the distance you fly as if it’s one flight. (See also: How to Maximize Airline Mileage Redemptions)

Instead, award travel enthusiasts commonly use the American Airlines website, which will show the same award seats that the British Airways site is supposed to. All you have to do is look for the “SAAver Award” seats, and you can be assured that the flights will be available with your British Airways Avios points. Note that you cannot buy AAnytime seats with Avios.

Booking what you find

Once you find the award seats on American, you can try to login to the British Airways system and search for the flights. Most of the time, you will find them and you can book them online. But if not, then you will have to call British Airways to book the flights. And if your itinerary includes flights on Alaska or Virgin America, then you will always have to call British Airways to book your award. You may be charged a $25 telephone booking fee, but you should request that fee be waived since you were unable to make the booking online. (See also: 5 Steps to Picking the Airline Credit Card With the Best Rewards Value)

British Airways Avios points can be a great tool for booking flights on American, Alaska, or Virgin America. By understanding how to redeem these points for the most value, you can find yourself traveling farther on your rewards than you might have thought possible.