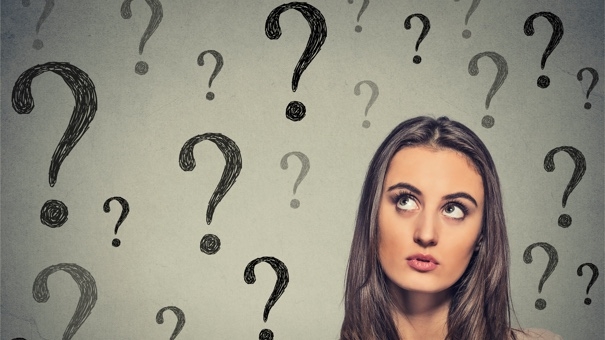 Toward the end of her life, my grandmother’s doctor told her to avoid a number of her favorite foods — including ice cream. Whenever my mother found a pint of Ben & Jerry’s in my grandmother’s ice box, Grandma’s excuse was always the same, “Oh, the little bit I have won’t hurt me!”

The thing about Grandma’s excuse (that often made the vein in my mother’s forehead start to pulse) was that she would have been right about one hot fudge sundae. A single decision to disregard her doctor’s orders would not have made a difference in her health. The problem is that small decisions have a way of compounding, and my grandmother made her health issues worse one ice cream cone at a time.

The tyranny of small decisions

In a 1966 essay titled The Tyranny of Small Decisions, economist Alfred Kahn describes how a well-meaning individual making a series of small decisions can end up with an unintended and unwanted large decision.

Kahn used the example of the Ithaca railroad to explain how small decisions can have devastating consequences. Rail was the only consistent mode of travel in and out of Ithaca, New York, as it could operate in any weather. But cars, buses, and planes offered faster and more convenient service in good weather. Travelers in and out of Ithaca consistently made the small, individual decision to take the most convenient service when the weather was fine. Because of these small decisions, the rail service was eventually discontinued because there were not enough travelers to cover the costs — which effectively made Ithaca unreachable in bad weather.

Every traveler who made the small decision to take a bus or plane did not intend for the rail service to dry up, but the cumulative effect of those small decisions created an enormous, negative and unintended consequence. (See also: 6 Guilty Pleasures That Are Killing Your Budget)

Though it has become something of a cliche, the latte factor is a common example of how the tyranny of small decisions can impact your budget. Popularized by financial expert and author David Bach, the latte factor describes how making regular small purchases, such as a daily $4 latte, can add up to a big payout that you don’t intend to make. Make an unnecessary $4 purchase every day, and you spend over $1,400 per year.

This is what’s so insidious about the tyranny of small decisions. Anyone who spends $1,400 on a single large purchase would at least have something of worth to show for the hole in their budget. But spending money a little at a time on small indulgences means you can’t even point to where your money has gone. (See also: Here’s How Rich You’d Be if You Stopped Drinking Expensive Coffee)

Another important factor in how the tyranny of small decisions can destroy a budget is the fact that we now live in a largely cashless society. When you’re making small purchase decisions using cash, the amount of money you have in your wallet is a natural reminder of how much you have spent.

However, it can be very easy to lose track of how much you’ve spent when you’re using plastic to pay for everything. Each individual spending decision you make is a little thing that won’t hurt your finances. But in aggregate, the decisions add up to a total dollar amount that you didn’t intend to spend.

Aligning your choices with your values

Travelers to Ithaca didn’t realize that prioritizing convenience on any one trip would mean the end of the rail travel they valued. Similarly, someone who isn’t paying close attention to how much they’re spending won’t realize that their choices are adding up to something they do not want.

To combat this, it’s important to align your choices with your values as often as you can.

For instance, let’s say one of your values is to support local businesses. Any single trip you take to the big box store or any single item you order from Amazon will not affect the local businesses. However, if you find yourself stopping at Wal-Mart or ordering online all the time, then you’re prioritizing convenience over supporting local businesses.

There’s nothing wrong with valuing convenience, but you need to remember that you probably can’t have both convenience and a thriving local business district at the same time. So you’ll need to make sure you make choices that show your support for local business at least some of the time. (See also: 4 Ways Your Money Can Support Your Values)

Of course, it’s difficult to align all your small choices with your values because each small decision feels like it’s consequence-free. With no looming negative consequence on the horizon, it can feel a little ridiculous to ask yourself if buying this particular cup of coffee and a muffin will help you reach your overall financial goals. One good way to enforce value alignment is to take away your ability to make these small choices.

For instance, the standard advice about carrying cash instead of credit cards is part of the personal finance greatest hits list for a reason. When you use cash, you’re forced to consider your values when making small decisions, since the resource dwindles before your eyes.

This kind of forced alignment can help defeat the tyranny of any number of small decisions. Here are a few examples:

It may be true that the little choices you make won’t hurt you, but it can be easy to lose track of how small choices add up quickly. Rather than making each small decision out of context, take the time to figure out what you value and how your small choices will fit into those values. That way, you can be a master of your small decisions, rather than ruled by their tyranny.