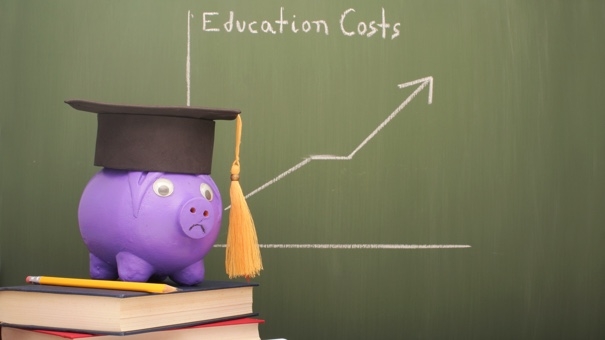 College students are back on campuses across the country. For many, it’s the first time they’ll be on their own.

Every year the first class begins with the professor asking something like, “Is everyone here for Business Essentials?”

After a brief, awkward silence, one student inevitably raises his or her hand and says, “Um, no, I gotta go. Where, exactly, is Crime and Justice in America located?”

This year the hand was attached to my grandson’s arm. Ironically, he’d visited each classroom the day before just to be sure he knew where he was going. For a young man who grew up in the country hunting and fishing, it’s remarkable he could be so directionally challenged.

But there’s a lot on a college freshman’s mind. What line do I stand in first? Where do I sign next? Who cares about reading the document I’m signing? How do I meet that cute girl or handsome boy in the next line?

For many, like my grandson, the biggest concern is just getting to their first class on time. How they’re going to pay for that class, and the rest of their education, usually isn’t at the top of their list of things to think about — or even on it. That’s what parents and grandparents worry about.

And we worry a lot for good reason. Student loan debt has reached $1.4 trillion. According to the College Board, the average published cost of a four-year degree is $129,640 for a private college.

But have hope. It may not be as bad as it sounds. There are students and parents with overwhelming student loan debt facing tremendous financial crises. But when you look at the big picture across the population, it isn’t necessarily as bleak.

An Experian study found that the average total student loan balance is currently $34,144. That’s pretty close to the College Board survey results that found the average cost for an in-state education for a four-year university is about $37,600.

Compare the student loan numbers with those for car loans. Auto loan debt reached $1.1 trillion in 2017, according to Experian’s Q2 2017 State of the Automotive Finance Market report. The average loan amount for a new car is $30,234. The length of auto loan terms also is creeping up, with a third of new vehicles being repaid in six to eight years. The repayment period for student loans is typically 10 years.

Another important statistic is that there’s been a 10.1 percent decrease in late student loan payments since 2009. Late payments for car loans, on the other hand, have been creeping up.

One last number. The average monthly payment for a new car is $504, according to Experian. Using a payment calculator from StudentLoanHero.com, the payment for that $34,144 average student loan debt would be only $373. So the average education is cheaper each month than the average car.

When you look at the big picture, student loan debt doesn’t seem so bad compared with what we spend in this country for new cars.

Student loans are the best investment

However, there’s one metric I don’t think should be used to compare student loans with car loans, and that’s in the context of return on investment (ROI). I’ve talked with people for whom I have great respect who believe a student loan should have an ROI of five or six years and be treated like a car loan in terms of repayment time frames. I disagree.

The reason? A car is a depreciating asset. It starts to lose value as soon as you drive it off the lot and at some point becomes worthless. An education, on the other hand, is a lifetime investment. Its ROI should be measured over the course of a career or a lifetime — 20 to 30 years or more.

While a car loses value, research continues to show that a person with a college degree will earn as much as $1 million or more on average over the course of his or her career. When you consider that, you can’t afford not to get an education, even if it takes student loans.

There are ways to save significantly on the cost of college:

If you’re struggling to repay debts, there are options — especially for government-guaranteed student loans — including forbearance, deferment, and consolidation. I know each of them well because I used all three when I was repaying my student loans, which were about today’s average — but that was almost 30 years ago. My education will always be the best investment I ever made.

My grandson, I’m very proud to say, earned a full tuition scholarship at a small but very good college in Kansas. So he shouldn’t face the student loan challenges I did — if he can just find his way to class.