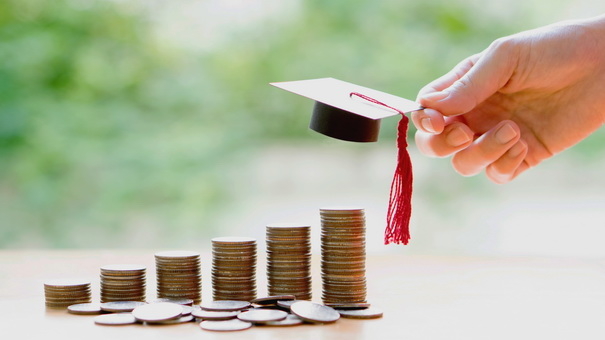 Most parents with college-bound kids know about the traditional 529 college savings plan. It allows parents or grandparents to put money into a tax-advantaged savings or investment account that can later be cashed in to pay for college expenses. But did you know that some states — and a large consortium of private schools — offer another kind of 529 plan as well?

It’s called a 529 prepaid tuition plan. With this kind of plan, you use your college savings dollars to buy tuition credits, locking in today’s tuition prices. Considering how much news there is about the skyrocketing cost of college, this seems attractive in many ways. Parents can pay for college now and not worry that price increases will outpace their earnings. Better yet, a prepaid tuition plan is an investment that shouldn’t ever go down in value — if you buy a credit worth a year of college now and the stock market crashes next week, you still own a year of college as long as the program delivers on its promise. (See also: 5 Smart Places to Stash Your Kid’s College Savings)

However, there are a number of factors to consider before committing to this lesser-known type of college savings plan. Here are some questions you need to ask.

What if my student doesn’t go to the selected college?

Plans can change: Maybe you’ve been gung ho about your child attending your alma mater or the local state college, but your child isn’t interested in either. Or, maybe your kid wants to follow in your footsteps and attend MIT, but doesn’t get accepted. What happens to your prepaid tuition savings?

You’ll have to read the fine print to find out what you will walk away with if the student doesn’t use the credits you purchased at the intended university. Any plan will likely allow you to change the beneficiary. For example, if Sally doesn’t want to go to the University of Illinois, you can use her credit for her little sister instead. The Private College 529 Plan, which has nearly 300 participating schools including Stanford and Boston University, will also allow participants to roll their balance over into a traditional 529 college savings plan.

In addition, various states’ plans have provisions for using purchased credits toward other schools. For instance, Florida’s prepaid tuition program is designed to be used at state universities and colleges, but funds can also be used for out-of-state or private schools.

What if my child gets a scholarship or doesn’t go to college?

Again, provisions for refunds vary by plan. Some will refund the amount of tuition the plan would have covered. Under certain circumstances, some plans will pay you only what you put in — which would be a major loss of investment growth if the money sat in the account for years.

Will prepaid tuition be a better investment than stocks and bonds?

No one can predict what the markets will do. On the other hand, prepaid tuition programs typically offer participants a predictable outcome: Pay in X amount and you will receive a certificate for a semester of college. As long as the plan does what it promises, prepaid tuition plans won’t lose value. However, this is no guarantee that you will end up with more value than you would have if you’d invested in the market.

By way of comparison, private college tuition rates increased 2.4 percent per year in the past 10 years, and the cost of public four-year colleges increased 3.5 percent per year, according to the College Board. During the same decade, the S&P 500 increased an average 7 percent — even taking the 2008 crash into account. So if you invested in a prepaid college fund a decade ago, your discount on present-day tuition will only equal half as much as the gains you would have gotten if you’d put the money in a traditional 529 savings plan that matched the S&P 500’s performance.

A prepaid plan will probably decrease your risk and ease your worries about market fluctuations, but it could cause you to miss out on investment gains when the market is doing well.

What if the plan runs out of money?

When you put money into a prepaid college plan, the plan administrators take your money and invest it, along with the money from other plan participants. When your kid is ready for college, the plan is supposed to pay the school the cost of tuition — even if its investment growth falls short of the tuition cost. This could happen in a down market.

Plans can also fail to meet their goals if not enough new investors buy into the plan. If this happens too many years in a row, plans can fall short of their promises and leave families in the lurch. This risk attracts a lot of criticism to prepaid plans, and has pushed some states to end their programs. Before investing in a plan, find out what it guarantees and what it doesn’t.

All the 529 prepaid plans out there are different. Participating in one could help you hedge market risk that you’d otherwise face with a college savings plan, especially if you only invest part of your savings in the prepaid plan while investing the rest in the market. Be sure to read all the fine print to learn what will happen if things don’t go as expected.