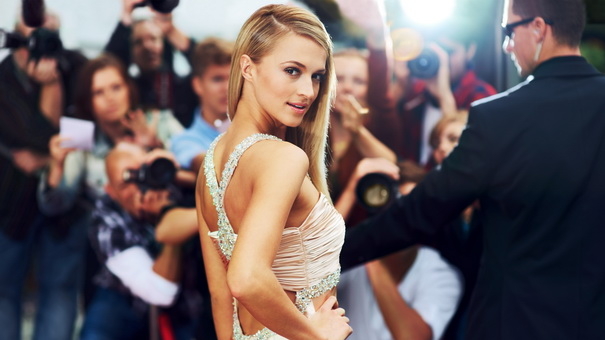 Wouldn’t it be great to achieve stardom and become rich and famous? I can imagine becoming a famous author, making TV appearances, meeting fans at book signings, and stopping by the set where the movie version of my book is being filmed. This level of success would be exciting, and I would be making millions of dollars.

If writing isn’t your thing, perhaps you can imagine becoming rich and famous as a rock star, elite athlete, or popular actor. It clearly takes talent to become a famous star, but it also takes a lot of hard work and plain old good luck. Even though there are a lot of benefits to reaching “superstar” status, is the cost of taking a shot at becoming famous worth the potential payoff?

The rocky road to fame

I recently saw a news piece about Kelly Clarkson, who is promoting her latest album. In 2002, Kelly Clarkson won American Idol, which propelled her to rock star status and came with a record deal, allowing her to make at least $1 million in her first year after winning. This is the part of her story that most people are familiar with, but it wasn’t smooth sailing to get there. On her quest to become a star, Kelly passed up the chance to go to college on scholarship and instead spent a couple years trying unsuccessfully to land a recording contract. She ended up living in her car for a time and returned home to Texas broke and without a record deal.

Taking a shot at becoming a star often requires big sacrifices. Stephen King’s breakout hit novel Carrie was written on a portable typewriter while he was living in a trailer and working several odd jobs to keep the bills paid. Drew Carey lived in his car for a year and a half in Los Angeles before he got his big break on The Tonight Show Starring Johnny Carson. Olympic athletes work odd jobs and barely scrape by as they take their shot at winning gold — and perhaps a lucrative product endorsement deal.

Since taking a shot at big dreams often has a high cost, is it worth the risk?

One way to evaluate whether or not to pursue an opportunity is to add up all of the costs of pursuing the opportunity, including expenses and the cost of not pursuing other opportunities. On the other side of the formula is the evaluation of the opportunity in terms of the size of the payoff and the probability of success. The basic formula could be written like this:

The value of success

Of course, it’s hard to find solid numbers to estimate the probability of success, and the payoff is a big guess, too. Let’s try out this calculation with some numbers from the world of sports, since statistics are readily available. We’ll use an example of an NFL star, and we’ll say the payoff value is $10 million for a multiyear contract.

According to the National Collegiate Athletic Association, there are 1,083,308 high school football participants with 73,660 going on to play college football. This means that about 6.8 percent make it to the college level. Each year, the NFL drafts about 250 college players from the pool of about 16,000 who are draft eligible, or about 1.5 percent. Of the 250 or so NFL draft choices, perhaps a couple dozen will have the kind of big-money careers that high school players dream of achieving. Let’s call the odds of becoming a big star after being drafted into the NFL about 10 percent.

So from a purely statistical perspective, the odds of a high school football player becoming a big star in the NFL can be calculated as:

Working out the numbers gives:

The value of the opportunity is the payoff value times the probability of success:

So to a high school football player, the average value of the opportunity to become a star in the NFL is about $1,000. Calculating probability like this does not account for talent and determination, which of course are huge factors that influence your chances of being successful. But running some numbers based on the statistical odds of making it big can help you decide whether pursuing a big payoff is worth the risk. Most ways of reaching stardom have very long odds, and as a result, the value of the opportunity turns out to be pretty low.

Looking now at the “Expenses + Opportunity Cost” side of the equation to decide whether to pursue an opportunity, a college football player could spend thousands of dollars going to football training camps, buying equipment, etc. If they had decided to major in something less demanding than, say, engineering so they could focus more on playing football, the opportunity cost of pursuing football in college could be in the range of a million dollars over the lifetime of an engineering career.

So for my fictitious example of deciding whether to pursue a dream of being an NFL star instead of going to college to become an engineer, the expenses plus opportunity cost would have been around a million dollars, and the risk-weighted value of the opportunity would have been in the thousands of dollars. On paper this looks like an easy decision. Most calculations you could do to decide whether to try to become a big star in any field would work out to be similar to this since the odds of becoming a star are so small, even though the potential payoff is immense.

No matter what the numbers say, sometimes there is no substitute for going all out for your dreams. Years ago when I was graduating from high school, most of my friends were getting ready to go to college, but one of my friends had a different plan. Instead of going to college, he was planning to move to Hollywood and become a movie star. At the time I thought this was absurd. Sure, he was talented, but lots of people are talented and very few go on to become movie stars. And what would he do if acting didn’t work out?

In my friend’s case, the long shot paid off. He started out in TV commercials, worked his way up to appearing in a TV sitcom as a minor character, and eventually landed some major roles in movies with stars such as Helen Hunt and Tom Hanks. Sometimes the long shot does pay off, but it is important to understand the cost of pursuing fame and fortune before you decide to take your chance.