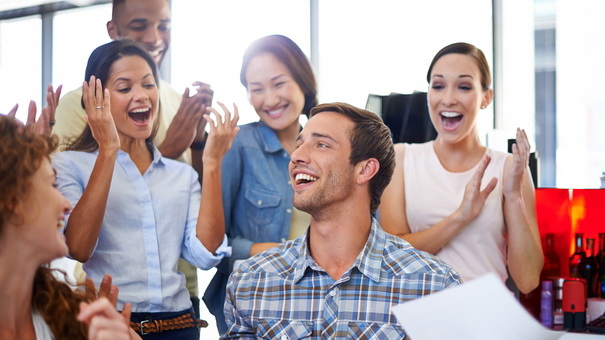 If you thought the popularity contests of high school would end once you entered the workforce, you might be in for a rude awakening.

Sadly, almost every place you will ever work places a value on popularity. They may not admit it, or even realize they do it, but managers and clients will always reward it. Here’s why popularity matters so much at work, and how you should handle it.

Popular employees get promotions and raises

No manager is ever going to confess that they promote people simply because they like them, but it’s a fact of working life.

If you want to climb the ladder, you need to become a well-liked figure in your department. If you want to climb the ladder quickly, you should become one of the most well-liked figures in the whole organization. If you’re highly respected, well-known, and people only have good things to say about you, then it’s easier for someone in the decision-making process to sign their name on a promotion form.

Conversely, if you’re not popular, or even worse, disliked, then your hard work may never be rewarded. It sounds childish. After all, if you do your job well and make the company money, isn’t that all that matters? No, it’s not. People are people, and they won’t want to reward someone they don’t like.

Popularity at work can help you stay physically and mentally healthy

It seems like an obvious conclusion to draw, but it was actually part of a recent Duke University study performed on macaque monkeys. Macaques are close evolutionary relatives to humans, and were considered ideal subject matter for the research.

Female macaques were introduced to an enclosure, and the order of their arrival dictated their social ranking. Newcomers were at the bottom rung of the social ladder. Researchers found that lower-ranking monkeys showed lower levels of some disease-fighting cells than their higher-ranking counterparts. When researchers changed up status rankings by reorganizing the groups of macaques, they found the same results. Monkeys moved into higher-status groups showed improvements in their immune systems. “Those whose status improved became more sought-after grooming partners once they were promoted, giving them more opportunities to relieve stress through bonding,” according to the university’s website.

Now, while it’s clearly not possible to test this in an office environment, the results do show that the popularity and social standing of each monkey directly correlated to their health and well-being.

This makes sense in the workplace, where we spend the vast majority of our time. If you are popular, you get the stress-busting rewards of social bonding. Your self esteem takes a boost, and you feel like an important part of the team. You look forward to coming to work, and you have a great attitude.

Conversely, if you are excluded, you generally feel like the odd one out, and your self esteem is going to nose-dive. You will likely take more sick days, and will not attend the social functions put on after work hours. This will all have a detrimental effect on your career.

Being perceived to be popular carries even more weight

According to Alan Redman, a business psychologist at the Criterion Partnership, there are actually two different types of popularity. And for work purposes, one is much more valuable than the other.

The first type is known as being “sociometrically popular.” In layman’s terms, this means that you are a genuinely popular, well-liked person who socializes well. You treat people fairly, you care for your coworkers, and you may even organize events and bring in food and treats for the team. This, although helpful to your career, is not going to go over as well as the second type — “perceived popularity.”

Perceived popularity is more about balancing social activities with common strategies that lead to advancement. For example, you’ll happily go to a team outing, enjoy drinks after work, play on the baseball team, and bring in snacks. But, you play office politics, too. You may manipulate situations to your advantage, work behind the scenes to remove certain people from the company, or go out of your way to be nice to people who can directly improve your position. You’ll be seen as a nice person overall, but will also be seen as someone who means business.

In short, “If you just want to be popular, be socially popular, but if you want to get to the top, mix social popularity with relationally aggressive behavior,” says Redman.

So, how do you become more popular?

It’s not going to happen overnight. If you are already popular at work, it won’t take much effort to launch yourself into the top. Attend a few more social functions, speak up a little more in meetings, show a little more empathy, bring in more treats, and basically be a more improved social version of your current self.

However, if you are not considered popular, or worse still, you’re actively disliked, then you have a mountain to climb. People formulate strong perceptions of you based on the first few encounters they have with you, compounded with the opinions of their peers. You will have to go out of your way to get into their good books without being blatant.

If you suddenly start bringing food in every day, organizing team events, offering help on projects, and basically doing a complete 180 on your previous persona, people might smell a rat. So, be gradual. If there’s a meeting and you’re usually silent, or a naysayer, chime in a few times with some positive thoughts. Attend the occasional get together, without making it obvious that you’re trying to fit in. Buy a round of drinks. Tell a few jokes.

At work, occasionally bring in treats with a good reason, such as an early morning meeting that could use coffee and doughnuts. Slowly, but surely, you will start to change perceptions. Before you know it, you’ll be asked to come out more. You’ll be included in more lunchtime trips to the local cafe or restaurant. And people will say things like, “Wow, I had no idea you could be so funny,” or, “You have really come out of your shell.”

Is it sad that this matters at work? Yes, it is. But we cannot change it. However, knowing that it makes a difference means we can make the system work for us. Good luck.