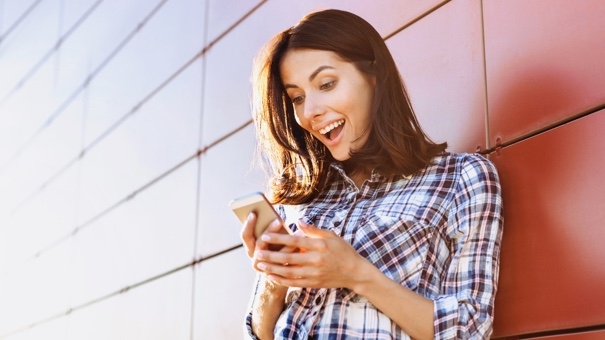 If you have two dollars in your hand, do you save it or buy a scratch-off lottery ticket? We all know that the sensible choice is to put that money right in the bank. But the reality is, at today’s anemic interest rates, saving is boring. The chance of winning a prize is exciting.

What if you could have both the long-term financial benefit of saving, and the momentary thrill of getting a chance to win a prize? Combining responsible behavior and fun is the idea behind a crop of products and services that gamify saving money.

Let’s look at the pros and cons of some of these prize-linked savings products, which allow users the chance to win money without risking any of their own.

At first, Long Game sounds like the same humdrum routine. It offers a savings account that you link to your regular checking account; money you transfer to savings earns 0.1 percent interest. But here’s where it gets good: Long Game rewards you for depositing money into savings with “coins.” You can use your coins to buy virtual lottery tickets, and the prizes are either real cash or more coins.

One nice feature of Long Game is that it doesn’t charge fees. Another aspect, which could be either a feature or a drawback, depending on your interests, is that you have to actually play games, like spinning a wheel, to win money. Personally, I don’t have the time for such games and would rather get automatic entries, but for people like my grandmother who play fake online slots just for fun, this could be a plus.

Walmart’s MoneyCard was already a popular way for low-income, unbanked workers to store their paycheck and pay bills. Now, it’s also billing itself as a savings vehicle, with a feature called Vault that allows users to set aside money that can’t be spent on purchases (unless you transfer that money back out of the Vault). Recently, Wal-Mart debuted the Prize Savings program for MoneyCard, which gives card users chances to win up to $1,000 each month. The more money you keep in the Vault, the more chances you get to win.

This program differs from Long Game in several notable ways: One, you don’t need a separate bank account to participate — MoneyCard functions as a bank account replacement. Two, money in the Vault does not earn interest. Three, MoneyCard charges several fees: a $5 monthly fee, $3–$4.95 to put money on the card, and a $2.50 fee to get cash at an ATM. Fourth, you don’t have to enter the drawing — putting the money in your Vault enters you automatically.

Link your savings and debt-bearing accounts to SaveUp, and you’ll be rewarded with credits not just for saving money, but also for paying down debt. The credits can be used to buy virtual lotto tickets for cash prizes, including $50 weekly drawings and a monthly chance at a $2 million “super jackpot.”

SaveUp is free to join. As with Long Game, you have to actively play to win; entries are not automatic.

The only nonprofit on this list, Save to Win rewards credit union members with weekly and monthly prize drawings; the more you deposit, the more entries you get. Prizes vary by state but generally start at $25 and can go into the thousands.

Save to Win is currently available at select credit unions in 13 states. Once you’re enrolled in Save to Win, entry is automatic, so you don’t need to remember to play the game.

This one is not a prize-linked program, but another gamified approach to saving money. Tip Yourself encourages users to transfer money from their checking account into a virtual “tip jar” as a reward for performing a desirable activity. The “tip jar” is a non-interest-paying account.

It’s an interesting idea for combining savings and self-motivation. I can imagine using Tip Yourself to save for a trip or a small goal like a spa pedicure; every time you exercise, you could reward yourself by moving some money to the trip or spa fund. It doesn’t cost money to make the transfer. However, since the tip jar doesn’t pay interest, it seems like you would be better off setting up a money market account linked to your checking account for saving toward a goal; most banks offer that option.

Several of these apps encourage users to keep savings in accounts that don’t pay interest. Even though current interest rates are low, that makes little sense to me.

If you are a member of a credit union that offers it, using the nonprofit Save to Win is a no-brainer. It won’t take you any extra time to play, and it doesn’t appear that you’d sacrifice security or privacy to do so. For the rest of these apps, carefully weigh the value of your privacy, security, and any financial costs against the chance of winning before committing.

jassjeov - Why You Need A Genuine Ostrich Leather Handbags

Edwardrap - Why You Need A Genuine Ostrich Leather Handbags