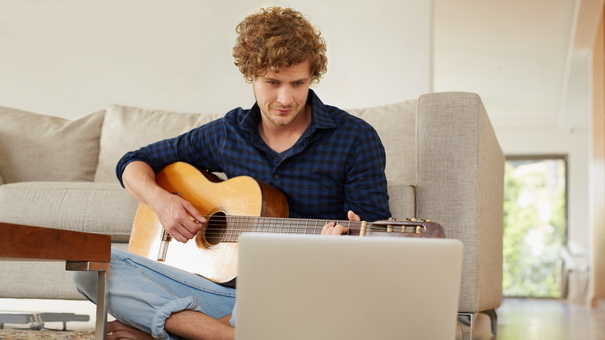 The internet has built an ever-evolving community where budding artists, musicians, and actors can create digital content for the masses to enjoy. We live in the age of YouTube celebrities who earn millions of dollars in income in a single year. It’s an arrangement that provides benefits for both the creators and the consumers of the content.

However, the YouTube marketplace, in particular, has shifted recently. In 2016, YouTube announced new advertising guidelines that limited what types of content could collect ad revenue. And over the past few years, major brands have chosen to pull their ad content from YouTube to prevent their brands being associated with “incendiary” or controversial content.

The end result is that many creators don’t earn as much from ad revenue as they used to. That shift has led to a new norm for amateur and professional artists — fans financially backing the YouTuber’s they follow with their own money.

Understanding the value of the content, many fans help fund the projects of creators. In order to facilitate that exchange, creators have turned to crowdfunding and tip services like Patreon. It’s the digital version of the street performer collecting tips in his busker hat. (See also: 6 Ways Peer Lending Can Boost Your Wallet)

Patreon and similar services provide a platform for content creators to connect with fans and collect tips that have been pledged every month. Patreon is the main tip service that individuals with online side-hustles use. A few alternatives to Patreon are Liberapay, Gratipay, and Tipeee.

How does Patreon work?

Fans and artists sign up for accounts, which allows fans to easily give artists they enjoy monthly tips. Patreon and other tip services don’t own the content. Access to the services doesn’t require a contract that prohibits other forms of ad or brand deals.

The creator is given an account where they can:

Nothing is free. The good news is that neither the fans nor the creators pay a direct yearly or monthly membership fee.

Patreon is a business that functions by collecting fees from fan pledges to creators. The amount that Patreon collects from the pledge before it is delivered to the creator is based on how much money in pledges is collected from the fan each month.

So, say a fan pledges $10 on Patreon, the creator can expect to receive around $9 (about 90 percent).

Where does the other 10 percent go? Patreon keeps 5 percent. On top of that, around 5 percent in transaction fees are removed from the tip.

If the pledge comes from a fan that lives in the European Union, creators should also expect to see that a Value Added Tax (VAT) has been removed from the pledge. Due to that fact, an artist located in the EU shouldn’t need to pay any additional VAT tax for Patreon income.

Professionals that use a tip service should expect to pay taxes on the income. In the U.S., the income is taxed if it’s over $600.

Don’t try to dodge paying the taxes on the tips received. This isn’t an under the table tip that you can get away with not paying. Patreon will have all creators fill out either a W9 Form (U.S. residents) or a W-8BEN form (Non-U.S. residents). The income paid out to each creator will be reported to the United States International Revenue Service.

Artists in the U.S. who earn more than $20,000 in pledges will receive a 1099-K form at the end of the year. If they don’t quite hit that threshold, Patreon will email a report that details their income earned. New U.S.-based creators who make content as a side-gig or a freelance career should keep in mind that they might be required to file their taxes each quarter. (See also: What Freelancers and Side Giggers Need to Know About Income Taxes)

Creators who are legally recognized as a not-for-profit might not need to pay income tax on the pledges received. They should, at the very least, keep track of all donation pledges received through Patreon and any reward given in return for the donation.

Donations made to charitable campaigns by not-for-profit artists are tax-deductible in some countries. In the U.S., in order to file a charitable donation as a tax deduction, the patron needs to deduct the value of a reward or gift received for the donation.