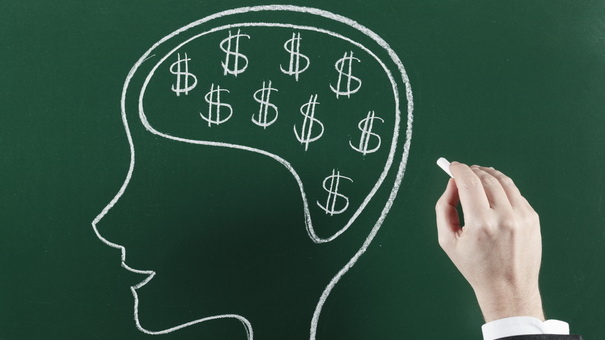 Traditional models of economic behavior assume that people will make logical money decisions to achieve the best outcome. But in many real-life situations, people tend to make irrational decisions with money. Consumer behavior that makes people feel happy often does not add up to the best move for them in terms of dollars and cents.

Understanding irrational decisions when it comes to money can be useful, not only to predict illogical choices that people make, but to influence economic behavior. This is something behavioral economist Richard Thaler, winner of the 2017 Nobel Prize in Economic Sciences, has studied at length.

Thaler’s understanding of the quirky thought processes that result in irrational spending can help us make smarter financial decisions for ourselves. Here are some of his key insights into the thinking that drives people to defy logic when it comes to money. (See also: 5 Mental Biases That Are Keeping You Poor)

Raising the price of a good when its value goes up is logical from the perspective of classical economics. But people see price increases as unfair, and consumers may decide not to make the purchase. In the 1991 paper Anomalies: The Endowment Effect, Loss Aversion, and Status Quo Bias, Thaler, along with Daniel Kahneman and Jack L. Knetsch, explored a few examples of this particular phenomenon, dubbed the “endowment effect.”

Research showed that people found it unfair for a car dealership to raise the list price of a new car by $200. But people thought it would be fair to remove a $200 discount that the dealership has always offered for that car. The cost of the car is $200 more either way, but raising a price makes people feel like something they already had was being taken away, while removing a discount is less of a barrier to making the purchase.

Thaler demonstrated this tendency of not wanting to give up something that you already have with coffee mugs. Half the students in a class received a coffee mug. The randomly selected students who received mugs valued the mug at a much higher price than students who did not receive a mug would be willing to pay to get one. The drive to value what you already have more than something you could obtain is one of the factors that drives illogical human behavior with money.

Money is fungible — in other words, dollars are interchangeable, with one dollar being equal in value to any other dollar. But people’s mental accounting systems do not treat all dollars as equal, and this can result in people acting in ways that defy simple math.

People tend to categorize funds and use them for their intended purpose even if this is not efficient. Thaler presented an example of this type of mental accounting in his 1985 paper, Mental Accounting and Consumer Choice. A couple had saved $15,000 for a vacation home that they planned to buy in a few years, and put the money in an account earning 10 percent interest. At the same time, they bought a new car with a three-year loan for $11,000 at 15 percent interest.

Simple math dictates that the couple would have come out ahead using their vacation home fund to buy the car, paying themselves back instead of paying the bank at 5 percent higher interest than they were earning. But people tend to label money with a purpose and assign value to their keeping dollars in the proper categories in their mental accounting system.

Even the source of funds can trigger people to put their money into different mental categories. Would you spend $500 of lottery winnings in the same way you would spend a $500 raise? People would probably use the lottery winnings to buy something fun, but use money from a raise to pay down debt or boost savings. It’s the same $500 either way, but people attach different purposes to money based on their mental accounting system.

In a 2005 study analyzing NFL first-round draft picks, Thaler (along with Cade Massey) found that teams often pay too much for early picks based on their perceived ability to spot the next “superstar” player. Second round picks are generally a better value. So why do teams keep paying sky-high prices for first-round draft picks?

One explanation is that teams spend a lot of time studying and analyzing the high draft picks and become overconfident in their ability to pick a winner. Overconfidence can lead consumers to buy the latest and greatest new tech products at top dollar, and investors to confidently buy stocks at prices that are not in line with their assets and earnings.

Momentum is a powerful force in human psychology. People have a predisposition to prefer the current state of affairs over alternative options. They’d rather hang on to what they have than risk the potential disadvantages of making a change.

An example of businesses taking advantage of status quo bias to sell more products is through opt-out subscriptions. You might get a low teaser rate on a gym membership, wine club, or magazine subscription that automatically continues at full price unless you opt out. Once you are signed up for the subscription and start receiving the benefits, status quo bias makes it more likely that you will stay subscribed rather than taking action to opt out right away.

Status quo bias can be used to help people save money, too: If employers automatically enroll employees to contribute to a 401(k) plan with a choice to opt out, participation can be up to twice as high than if employees need to take action to sign up in the first place.