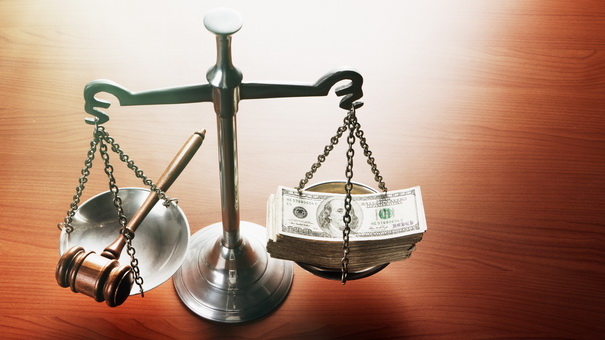 Sometimes life gets in the way, and it can be easy for debt to pile up. But what if you miss so many payments that your creditors file lawsuits against you to collect your unpaid debt?

If you have missed enough payments, creditors can sue you to pay up. Being targeted by such a lawsuit can be scary, but you do have the right to contest the lawsuit. Either way, you should always respond to a notice that you’re being sued. If you don’t, the court will likely issue a judgment against you and may hold you responsible for collection costs, attorney’s fees, and interest.

What should you do if a creditor sues you for unpaid debt? Here’s what you can expect to happen. (See also: 5 Things Debt Collectors Don’t Want You to Know)

Most times, creditors would prefer to work out an arrangement with the person who owes them money. Filing a lawsuit is time-consuming and expensive.

But if you owe a lot of money, have missed multiple payments, and haven’t been in communication with your creditors, you might receive a written complaint in the mail stating that your creditor or a debt collector has filed a lawsuit against you. You will also receive a summons, a written notification stating that you are scheduled to appear in court on a certain date to answer the complaint.

Do not ignore these documents. If you do, the collector or creditor may automatically win its case when you fail to show up in court. And if your creditor wins, it might gain the right to collect your unpaid debt by garnishing your wages. Think of the financial damage that a smaller paycheck could cause.

The rules vary by state, but you will usually have between 20 and 30 days to respond to a complaint. You can work out your response on your own or with the help of an attorney.

Again, you should respond even if you agree that you owe the money. This way, you can increase your odds of working out a more favorable settlement. Your debt won’t simply disappear, but if you respond and are cooperative, the collector might be more likely to forgive a portion of your debt, garnish your wages at a lower rate, or work out a monthly repayment schedule that you can more easily afford.

When you file your written response to the complaint, you should either admit to or deny the debt that you owe. If you deny the debt, your response must include the reasons why you are not legally obligated to pay what your creditors say you owe.

If you instead agree that you do owe the debt, your response should include the reasons why you were unable to pay. Maybe you lost a job, an illness ate away at your savings, or you were involved in other legal action that cut deeply into your income.

When it’s time for your court date, don’t miss your appearance. You’ll need to be there to either argue against your debt or work out a settlement that is the most favorable to you.

If you do try to fight the lawsuit, you’ll need to know what counts as a legitimate defense in the view of the court. Maybe the statute of limitations on your debt has expired. Debt does come with an expiration date, though it varies by state. In some states, creditors must file a lawsuit to collect unpaid debt within three years. In others, creditors have six years to file a lawsuit. If you can prove that the statute of limitations expired before your creditor filed its lawsuit, the case should be dropped.

Creditors must also be able to provide written documentation proving that they have ownership of the debt. This can get complicated when creditors sell your debt to collections agencies, which happens often. If the creditor or debt collector suing you can’t prove that they have the right to collect on your debt — with written documentation — they will lose the lawsuit.

Creditors suing you must also be able to provide the original signed agreement on your account and a history of your balance on it. If the creditor can’t provide this, that’s another reason it could lose the suit.

Other viable defenses include identity theft, fraudulent charges, or a debt that should have been discharged in a bankruptcy. You should have the necessary documents on hand to verify your claims.

If you lose your lawsuit and the amount you owe is too high for you to pay, you might consider filing for bankruptcy protection. When you file for this protection, collection efforts against you will be automatically halted.

Be aware that bankruptcy should be a last resort. Filing for bankruptcy can send your credit score tumbling by 200 or more points. And a bankruptcy filing will remain on your credit report for seven to 10 years. (See also: 11 Steps to Take When Bankruptcy Is Your Only Option)

GenaroPneut - Why You Need A Genuine Ostrich Leather Handbags