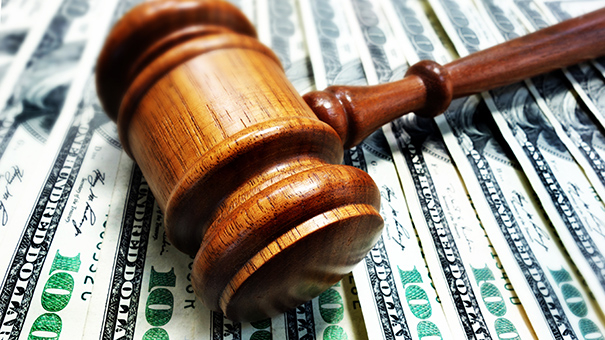 A couple years ago I got an unexpected letter in the mail. A company where I had interviewed for a job 10 years prior was accused of using discriminatory hiring practices. My human resources record with the company had been unsealed as a result of the lawsuit and, according to this letter from the lead law firm for the plaintiffs (the people filing the lawsuit), I had been discriminated against during the hiring process. I needed to respond with a phone call and letter confirming that I had indeed interviewed during that specific time frame.

The letter struck a chord. I had indeed gone through a harrowing interview process with that company and I was devastated when I didn’t get an offer because they were my dream company to work for at the time. Their reasons for not hiring me were very hurtful (they were actually honest about their discrimination when it happened), and it left a scar on me that persisted for a long time.

About a year after the law firm contacted me, I received a sizable check in the mail for a settlement. This incident prompted my interest in class-action lawsuits and who benefits from them. You see stories about class-action settlements all the time in the news, and you may even get contacted if you purchased a certain product within a period of time, with a message saying you could be entitled to a settlement. Many of these settlements will only yield a few dollars per person, so the effort put forth may not be worth it, but how can you tell?

Here’s what I learned from this experience.

Depending upon the damage done to plaintiffs and the number of plaintiffs in a case, the amount of a settlement varies widely from a handful of dollars to thousands of dollars per plaintiff. Almost all class-action suits that resolve favorably for plaintiffs result in a monetary settlement. As a plaintiff, you don’t have much, if any, say in how the case is argued, the way the firm representing the plaintiffs presents the evidence, the amount of the settlement, or even when to take a settlement rather than continuing to litigate. (See also: 8 Smart Things to Do With Your Settlement Money)

How to track them down

In my case, I was fortunate that the law firm directly contacted me at my home address. I didn’t even know the lawsuit was underway. I thought it was odd that I wasn’t aware of this, but actually, it’s not that uncommon.

Many people don’t realize a lawsuit is underway unless it makes headline news. Fortunately, you can keep tabs on some class-action suits by checking Consumer Action. If you suspect you may be entitled to money from a class-action lawsuit, type in the name of the company being sued, for example, and see what pops up. If you do find something, this website provides instructions on how to file your claim as part of the lawsuit.

The law firm of Mayer Brown LLP did an empirical study of 148 consumer or employee class action suits that were filed in or removed to federal court in 2009. This kind of study is very rare and it turned up some disappointing data.

Given the data, should you participate?

Should you even participate in a class-action suit? That’s a very personal question and despite the data, I would say “maybe.” If, like my class-action participation, there is a high amount of potential payout versus time involved to participate, then it can be worth it.

For 10 years, I felt badly about what had happened to me with that potential employer, so the emotional stakes were high. But the time investment needed to participate was small. It took me just 15 minutes to make the phone call to the law firm, confirm my details, and send them a short letter. I didn’t have to do anything else. I didn’t have to pay anyone any money to participate or to collect my settlement. Through my research, I found out that my case was the very best case scenario of a class-action suit. The vast majority don’t resolve nearly as favorably as mine did.

Even if my class-action suit hadn’t resulted in any kind of settlement for me, I would still consider my participation worthwhile. I had felt wronged by this company for a very long time. For me, just the fact that the case had enough merit to be brought to the company’s attention was a form of vindication that relieved a lot of sadness and shame for me. In my book, that’s a victory.