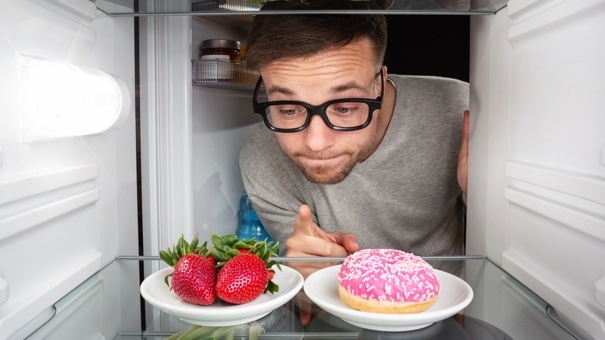 In the 10 years since the illuminating book Nudge: Improving Decisions About Health, Wealth, and Happiness by Nobel Prize-winning economist Richard Thaler and legal scholar Cass Sunstein was published, the idea of nudging people to make better decisions has become mainstream in everything from government to public health to personal habits.

A nudge is a way of subtly influencing choices without actually forbidding anything. One of the examples Thaler and Sunstein include in their book is the cafeteria that nudged diners into healthy eating habits by placing fruits and other healthy snacks at eye level, while putting chips and ice cream in harder-to-reach spots. No one was prevented from seeking out their favorite junk food, but the set up of the offerings encouraged diners to choose apple slices instead.

A similar successful nudge was the introduction of automatic 401(k) enrollment. When employees had to opt-in to their 401(k) program, participation was abysmal, since signing up for a retirement account is the kind of important-but-not-urgent task that many people procrastinate on. By making enrollment automatic, employees could productively ignore their 401(k), rather than ignore it at their peril. (See also: 401(k) or IRA? You Need Both)

But even though nudges have proven successful in several arenas, they’re not perfect. In fact, nudges don’t always work and can sometimes even backfire. Here’s why nudges aren’t always the best way to go about changing your habits.

I’m an avid reader and a big supporter of public libraries. I’m at the library as often as twice a week. Despite this, I carry an average overdue fine balance of close to $10 at any one time, and I once wracked up an impressive $75 fine on a stack of books that remained in my library bag for weeks.

Over the years, I’ve tried various nudges to improve my on-time return rate. I’ve left books on the table by the door, set a Google calendar reminder, written my due dates on my paper calendar, left books in my car, and I’ve even placed “return library books” on my work to-do list. Not a single one of these nudges has worked.

What’s going on here is that my preexisting preferences are far stronger than my nudges to return the books. I prefer to leave the house with just enough time to get where I’m going without an extra stop at the library and I prefer to keep working throughout the day without an interruption to return books. Those preferences will guide me no matter how insistent my nudge is, because a nudge does not take away my choices.

Strong preferences can also help to explain the phenomenon of non-compliant patients. No matter what nudges the medical profession has attempted to implement to improve patient compliance, many patients have such a strong preexisting preference to maintain their old eating and exercise habits that they’ll simply ignore their doctor’s recommendations. Even when it comes to taking medication, the preference to not take it is greater than even some financial nudges that pay patients to comply.

Though nudges can help to improve habits, they will not overcome strong preferences. (See also: How to Use Financial Anchors to Make Better Money Decisions)

Sometimes nudges work, but only a little bit. That’s because a nudge is encouraging a specific small behavior, when the overall outcome that you’re trying to achieve is complex.

For instance, a grocery store increased its produce sales by 9 percent after installing green arrows pointing toward the produce section with a sign that said, “Follow the green arrow for your health.” While it’s certainly beneficial for shoppers to buy more produce, that’s not the end of the beneficial habit. How many of those grocery shoppers let their purchased produce rot in their refrigerators? Particularly if their preexisting preference is for junk food?

Similarly, the cafeteria nudge that gets diners to choose apples instead of chips at lunchtime may be an incomplete nudge if the diner simply chooses unhealthy snacks for the rest of the day. The nudge within the cafeteria’s confines may have worked, but it was incomplete in terms of helping to change the diner’s overall eating habits.

The basis of the theory of nudging is that people aren’t making the best decisions for themselves. This may be because people are distracted, overwhelmed, or suffering from cognitive biases. But if you’re aware that someone is nudging you, it can be easy to feel as though the nudger doesn’t think much of your intelligence.

When that happens, the fact that you’re being nudged can cause you to choose another option out of stubbornness. Parents of small children are certainly familiar with this. If I give my son the choice of jeans or khakis, in an attempt to nudge him to choose long pants on a chilly day, he might refuse both and insist on wearing shorts just because I tried to influence his decision.

This refusal to comply with a nudge may explain what happened after New York City required restaurants to list the calorie content of all menu items. Instead of nudging consumers to choose lower-calorie items, this change prompted average restaurant-goers to buy slightly more calories. The nudge did not have its desired effect, in part because some diners probably felt resentful about the attempt to change their choices. This may have prompted them to either disregard the calorie counts, or gleefully indulge in the highest-calorie item they could find.

I have an alarm that goes off every day at 7:30 a.m. to remind me to take my medication. My FitBit buzzes at 10 minutes to the hour if I haven’t taken at least 250 steps that hour. My phone informs me at 9 p.m. every night that it’s time for me to start getting ready for bed.

I ignore every single one of these nudges more often than I heed them.

Not only have I gotten used to these alarms, buzzers, and bells going off throughout my day, making them very easy to ignore, but I also know that there will be no immediate consequences if I don’t take my medication, continue sitting for hours at a time, or stay up too late.

These nudges were more effective when I first set them — although my strong preexisting preferences made it difficult to comply even then. But now that my day is over-saturated in nudges that I’ve learned to ignore, the reminders are nothing more than momentary annoyances that I quickly turn off.

With the onslaught of nudges from our smartphones, wearable devices, and home assistants, all of these reminders can become nothing more than background noise.

Nudges are the start, not the end

Nudge theory has done a great deal to change the landscape of modern decision-making. But while nudges can help to steer decisions, they’re still only gentle suggestions.

Even if you set up your environment to encourage better choices, you need to remember that habit-change requires commitment, not just nudges.