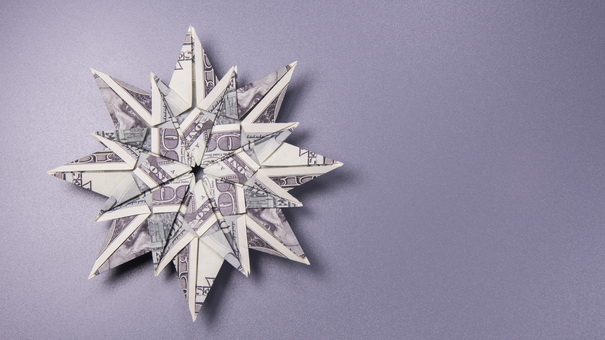 If Christmas shopping gives you the blues, and you labor over the thought of selecting the best gifts to no avail, you now have permission to stop. That’s right. “Scroogenomics” may provide the peace of mind you seek during this festive, gift-giving season. In this retelling of Charles Dickens’ classic tale, the lesson is to give generously, but not the type of stuff that typically ends up wrapped in paper and bows. Cash is king in this version, and other types of gifts are deemed a waste of time and money. (See also: 10 Fun Ways to Wrap the Gift of Cash)

Waldfogel suggests that we waste our money by buying the wrong gifts, completely underwhelming the recipient with stuff they don’t even want. For the unimpressed giftees among us, the thought actually doesn’t count.

According to Waldfogel’s theory, we alone are the best judge of the products or services that bring us joy. Gift givers often miss the mark, thus gifts go underused and money is wasted. Waldfogel argues that gifts are best received when given to children or people that we know very well. “With everyone else, we might be better off giving cash or gift cards,” he writes. (See also: How to Get Rid of Your Unwanted Gifts and Make Money Too)

The solution: Give cash

Before you dismiss Scroogenomics as a cynical case of bah humbug, consider this. Annie Leonard, co-writer of the short film The Story of Stuff, shares that only 1 percent of the materials we use to produce consumer goods (including the items themselves) are still in use six months after purchase. That doesn’t mean that 99 percent of those goods end up in the landfill. It does mean that 99 percent of the planet’s resources that were consumed in the making of those goods were. Not only is your unwanted and underappreciated gift a big waste of money — it’s a colossal waste of the world’s resources.

According to the National Retail Federation, American consumers will spend an average $967 on holiday gifts this year. If the vast majority of those gifts are just going to waste, wouldn’t giving cash be a more appropriate use of your time, energy, and hard-earned resources? And considering the NRF found that 61 percent of recipients would actually prefer some type of gift card or certificate instead of an object, there’s even less reason to believe that “stuff” is the ticket to a well-received present.

Cash as a gift tends to feel less exciting and tangible these days, since money transfers can be done with the click of a button or through a smartphone. But, giving cash also doesn’t have to include forking over a manilla envelope stuffed with bills. Your thoughtful cash gift can take many forms. For example:

If your need to experience the warm fuzzies of gift giving won’t allow you to simply give cash, compliment your cash gift with a craft. A money tree made of dollar bills or a folded-bill chain combine the joy of making something for your recipient, with the utility of giving cash. This way, everyone can enjoy the holidays and get exactly what brings them joy. (See also: 10 Reasons Why You Should Ask for Cash This Christmas)